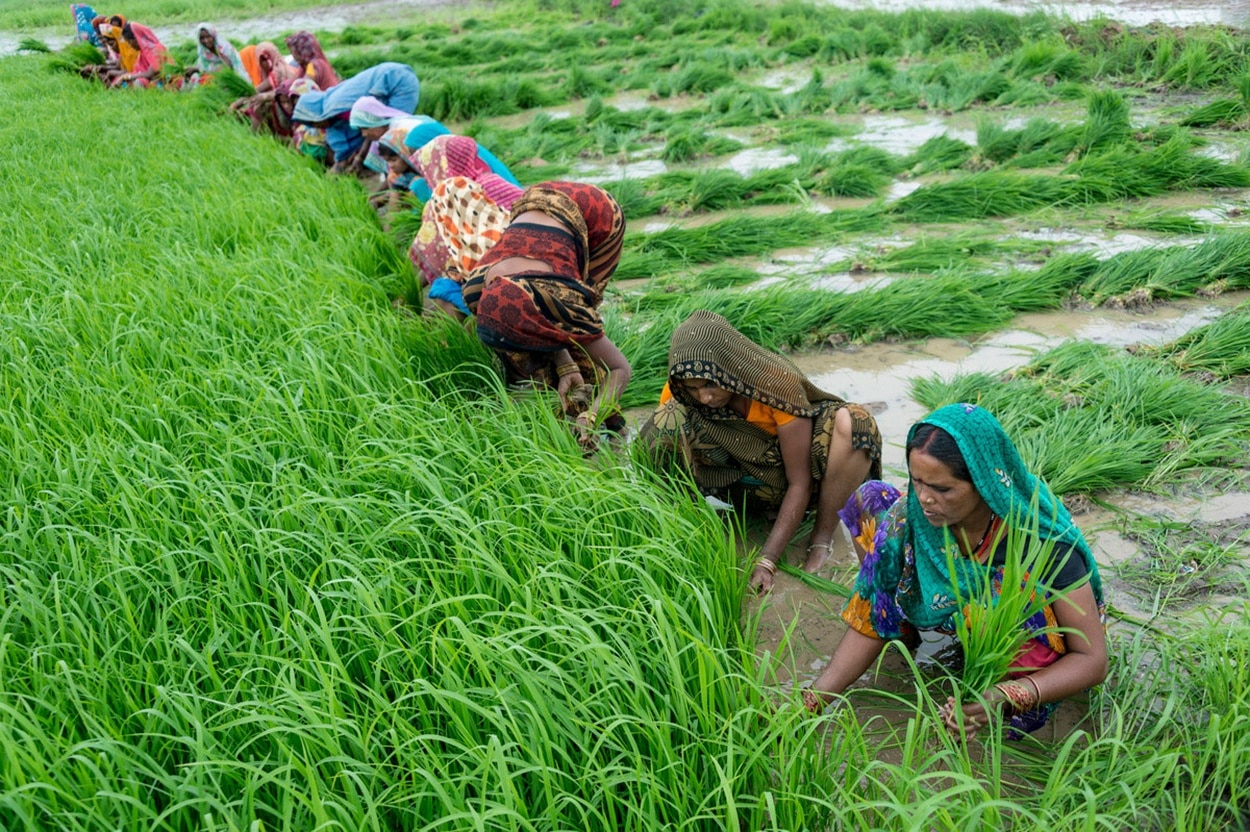 Agricultural distress has reduced discretionary spending of rural India. The Government says its working hard to counter the impacts of demonetisation and the introduction of the GST.

Quarterly results of the top FMCG companies such as the Indian arm of Hindustan Unilever (HUL), Dabur India Ltd and Godrej Consumer Products Ltd shows a downturn in consumer spending. While HUL’s volumes grew at 7 percent, Dabur and Godrej grew at 4 percent and 1 percent respectively. FCMG companies draw between 30-40 percent of their revenue from selling to rural households.

Market research firm Nielsen has lowered its overall growth projection [urban and rural] for the FMCG sector in 2019 to 11-12 percent, down from 13.8 percent in 2018.

Performance of the automobile sector is a good economic indicator of consumption sentiment and if numbers are to be believed, sales of two-wheelers and budget four-wheelers have been painfully low.  Scooter sales grew at its slowest in 14 years.

While the rural population relies heavily on the agriculture sector, the growth in prices of agricultural commodities has hit its lowest point in almost a decade according to a recent media report.  This leaves little discretionary spending is available for farming workers.

The level of farm distress can be gauged by the fact that the agriculture deflator for FY19 is at 0.1 percent – the lowest in ten years according to another media report (the deflator is a measure of inflation and reflects growth due to rise in prices).

The contribution of agricultural Gross Domestic Product (GDP) has been on decline. In the financial year 2018-19, it was pegged around 3.8 percent as against 4.5 percent in the previous year, according to the report.

This lack of growth is being attributed to increase in an allied-activities like forestry, fishing and livestock, with farmers expecting another below-par performance this financial year.

Agricultural distress in India is not a new phenomenon. The sector grew by 2.3 percent between 2002-03 and 2006-07 when the industry and service sector grew around 9 percent. Between 2007-08 and 2011-12 the growth target missed the 4 percent mark. These figures indicate that agriculture is ailing and becoming an un-remunerative economic activity.

Rising unemployment in the unorganised sector is another major reason for dipping rural incomes. Both manufacturing and service sectors saw tepid growth. Manufacturing witnessed an eight-month low in April 2019 reflecting its weakest improvement in business conditions since August 2018. Meanwhile the services sector activity fell to a seven-month low in April.

Fresh investments have also not been very forthcoming. New projects fell to a 14-year low in December 2018. Most private investors have stayed away from capital investments too.

Farmers or labourers engaged in agriculture often take to works in the real estate sector, industry and unorganised sectors but that has not happened over the past few months due to a gloomy outlook. Major job losses have been on the back of the two biggest economic disruptions – demonetisation and implementation of the Goods and Services Tax (GST).  Through demonetisation the Government banned use of high denomination 500, 1,000 rupee notes which stifled liquidity forcing several small businesses to shut down. Complex GST – which aimed to bring the entire country under one tax structure – has been a significant blow to the rural and unorganised economy.

Some argue that the Government failed to pass benefits of lower fuel prices despite weak crude prices during most of its tenure. Several media reports suggest that high central and state taxes on fuel have had an impact on the spending habits of rural households and lower middle class.

Government’s flagship programme – ‘Make in India’ – to promote domestic manufacturing is yet to take off in earnest.

Experts and economists have advocated for putting more money into the hands of the people to reduce agricultural distress. The Government announced a handout of INR 6,000 rupees per annum to provide some relief among the poor. It has been proposed that the Government focus on job creation through major infrastructure projects such as building roads, houses and programmes of electrification as well as revisit the MNREGA (Mahatma Gandhi National Rural Employment Guarantee Act).

The Government also says it is working hard to improve bottlenecks in the GST to help small businesses through the transition.

The private sector is also being encouraged to purchase produce direct from farmers to help them earn sustainable returns for yields.

India has the highest millennial population (18-35 years) of over 450 million which may influence spending habits. A recent media report says that this demographic among the rural Indian population could influence USD 220 billion worth of annual spending, with over USD 177 billion from discretionary spending.  Any slight improvement in the income levels of the rural population will also help ease agricultural distress.