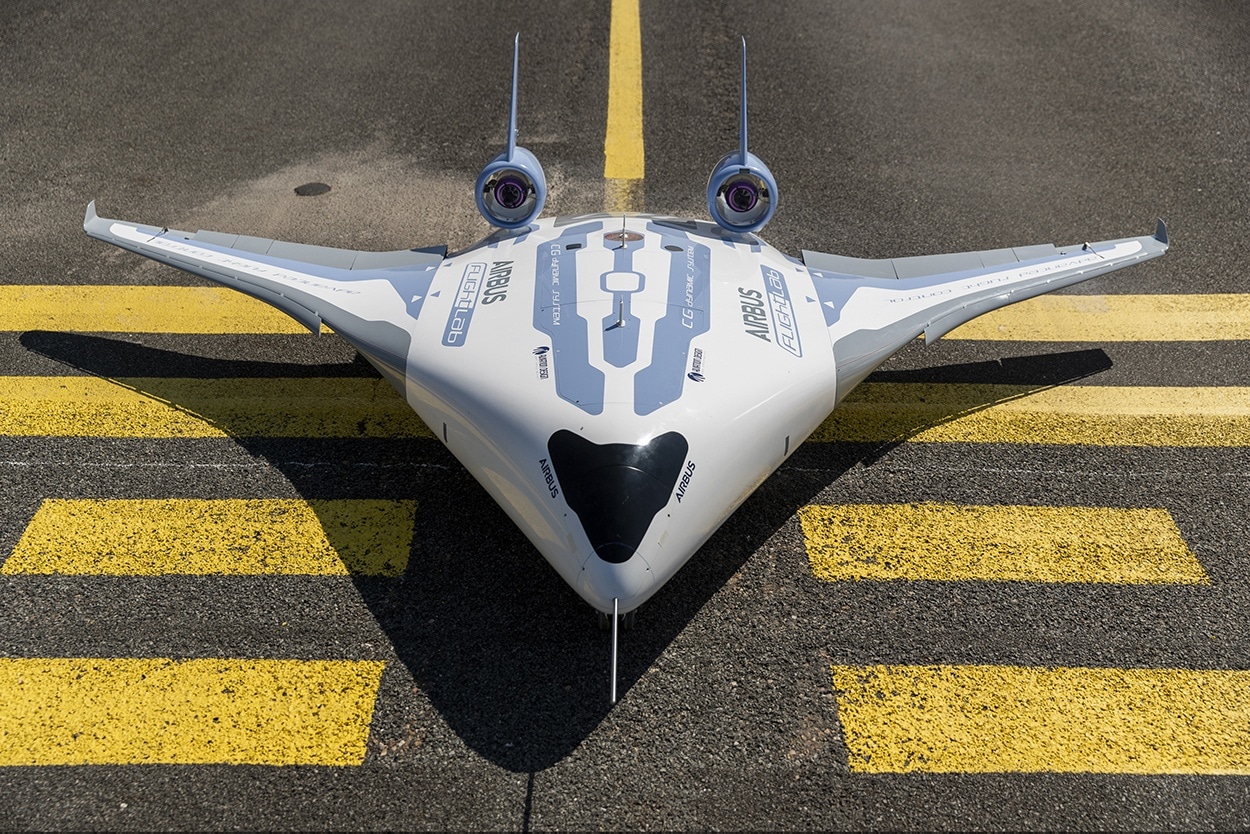 At 2 metres long and 3.2 metres wide, with a surface area of about 2.25m², MAVERIC features a potentially disruptive aircraft design, which Airbus claims may reduce fuel consumption by up-to 20 percent compared to current single-aisle aircraft.

Airbus also claims the blended wing body configuration may open up new possibilities for propulsion systems type and integration, as well as a versatile cabin for a totally new on-board passenger experience.

Airbus EVP Engineering Jean-Brice Dumont says the project was launched in 2017, with MAVERIC’s first test flight in Central France in June 2019. Since then, Dumont says its flight-test campaign will continue until the end of Q2 2020.

Dumont says he believes the time is right to push towards next-generation aircraft. However, Dumont says its too early to say whether the blended wing body design will be more commonplace for medium-haul planes in the next decade.

According to Dumont, previous tests has seen improvements in materials that make aircraft lighter, increasing computing power and flight handling.

“Airbus is leveraging emerging technologies to pioneer the future of flight. By testing disruptive aircraft configurations, Airbus is able to evaluate their potential as viable future products. Although there is no specific time line for entry-into-service, this technological demonstrator could be instrumental in bringing about change in commercial aircraft architectures for an environmentally sustainable future for the aviation industry,” says Dumont.

Airbus claims to be using its core strengths and capabilities of engineering and manufacturing, in close collaboration with an extended innovation ecosystem, to accelerate traditional research and development cycles. In doing so, Airbus says it can achieve proof of concepts at a convincing scale and speed, thereby driving forward maturity and increasing their value.

Through its research programme AirbusUpNext, Airbus says it is currently working on a number of demonstrator projects in parallel including: E-FAN X (hybrid-electric propulsion), fello’fly (v-shaped “formation” flight) and ATTOL (Autonomous Taxi Take-Off and Landing).

(Ed.  Airbus offers a comprehensive range of passenger airliners and  is a European provider of tanker, combat, transport and mission aircraft, as well as one of the world’s leading space companies. In helicopters, Airbus provides civil and military rotorcraft solutions worldwide. In 2018, Airbus claims it generated revenues of € 64 billion and employed a workforce of around 134,000. Featured image of MAVERIC by S. Ramadier, provided courtesy of Airbus.)