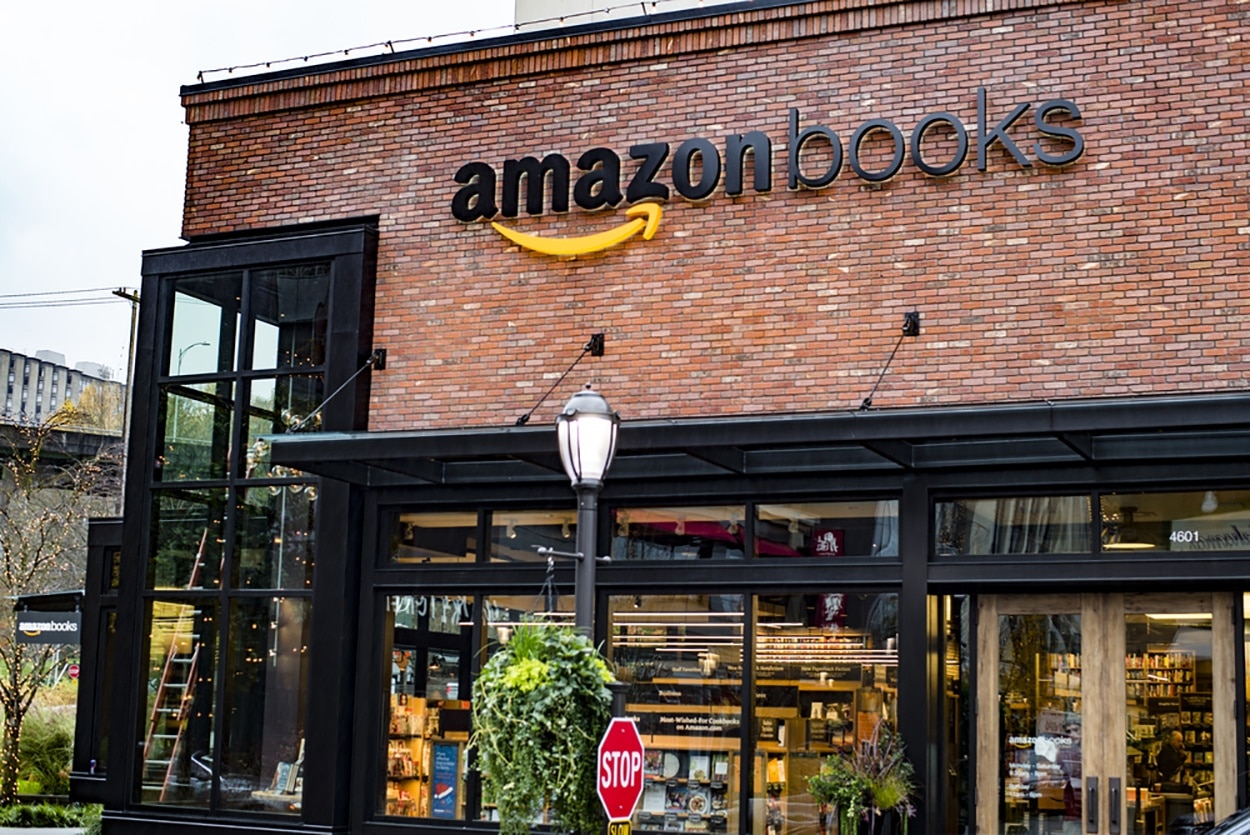 While a surge of online shopping is creating foreclosures across the globe, there remains a shard of hope for brick-n-mortar stores…and Amazon is leading the way.

The wind of change is blowing harsh on global retail business. Departmental-stores and retail chains in various parts in North America, Europe and Asia are battling with the growing might of online retail, and in some cases, pulling down shutters on stores and laying off staff.

From behemoth Walmart to large format chain stores, all are struggling to keep up with the changing retail landscape. Sales are diving, and hundreds of brick-and-mortar stores of popular retailers in the US such as J.C. Penney, Sears, Payless ShoeSource, H.H. Gregg have ceased to exist. The infiltration of online retail in the US can be sized up from the fact that a half of all the households in the country are Amazon Prime subscribers.

According to trade publication, the Robin Report, earlier this year US retail sales fell 37.8 percent to AUD 208 billion in the period 2006 to 2016.  According a Credit Suisse research paper published in May 2017, it was estimated that up to a quarter of shopping malls in the US will close by 2022.

Global market intelligence and investor services have listed 23 distressed retailers who have filed for bankruptcy since January 2017 and the list is expected to grow during the next 12 to 18 months.

Stores in Europe and parts of Asia are also witnessing a shift of buyers to online shopping, although at different paces.

According to accountancy firm BDO, online retail in UK grew 18 percent in 2016 and by 27 percent over the last two years, while offline retail sales are seeing a falling trend.

E-commerce, which accounts for less than 1 percent of the total retail market in India is the fastest growing retail channel in the country and has triggered weakening footfalls and evaporating revenue. According to a study by brokerage and investment firm CLSA, growth of online retail in India has been pegged at AUD 28.6 billion within the next five years -up from AUD 4.03 billion as of 2017. While the online retail boom has shaken up large format stores, smaller players were left to bleed on the floor. As small retailers comprise a major chunk of retail trade in India, many are lobbying the government to suspend foreign fund inflow into e-commerce marketplaces.

The expansion of online gorilla Amazon in Australia has already created turmoil among local retailers, sparking fears that the US-based giant will steal their customers. According to a poll conducted by the Chamber of Commerce and Industry Queensland (CCIQ) and a compilation study conducted by Credit Suisse, it was predicted that the Amazon effect is expected to hit local players such as JB HiFi, Harvey Norman and Myer the hardest.

Despite the on-line boom, global online retail trade is still a small segment of overall retail sales, and the good news is that offline retail is not all doom. A recent survey by US-based industry trade group, the International Council of Shopping Centres, suggests that winning over and retaining customers with deployment of the right mix of technology in brick-and-mortar stores, like the use of apps to notify customers about sales, promotions or special events while shopping will help retain consumer loyalty. The study adds that consumers prefer personalised shopping experiences and retailers who deliver customised products will offer stiff competition to its on-line counterparts.

Trade analysts emphasise that brick-and-mortar stores would need to re-create ‘customer delight’ by offering personal and unique experiences, and enhance the benefits of shopping in a physical environment. Unique shopping experiences in the Middle Eastern retail market is a good example of desirable, destination shopping. Shopping malls in the region are dubbed as shoppers’ paradise because of the right mix of retail, F&B, and unique entertainment options offered. Experts studying the Middle Eastern market do not expect online retail, though currently in its nascent state, to make a dent on the opulent brick-and-mortar stores if shopping malls remain family destinations.

Like the Middle Eastern retail market, Tech giants Apple and Amazon have nailed down their strategy of customer gratification in a brick-and-mortar store. Apple was once dubbed as the fastest growing retailer in the US; not just for its popular product portfolio, but also for the customer service and in-store experience. Knowing that 90 percent of shopping still takes place in retail stores, Amazon has already offset plans using technology and massive user data to available with it, to offer a seamless, unique, and delightful customer experience at Amazon Go and Amazon Books.

Amazon is transitioning into an ‘omni-channel’ format in some categories of products i.e. offering the same benefits, value and experience across mediums. It is indeed ironic that offline retail trade is taking its cue for survival from none other than its Achilles heel – Amazon, which is now perfecting the art of selling on the off-line space too.

nextHoney, Quantum Blew Up the Internet