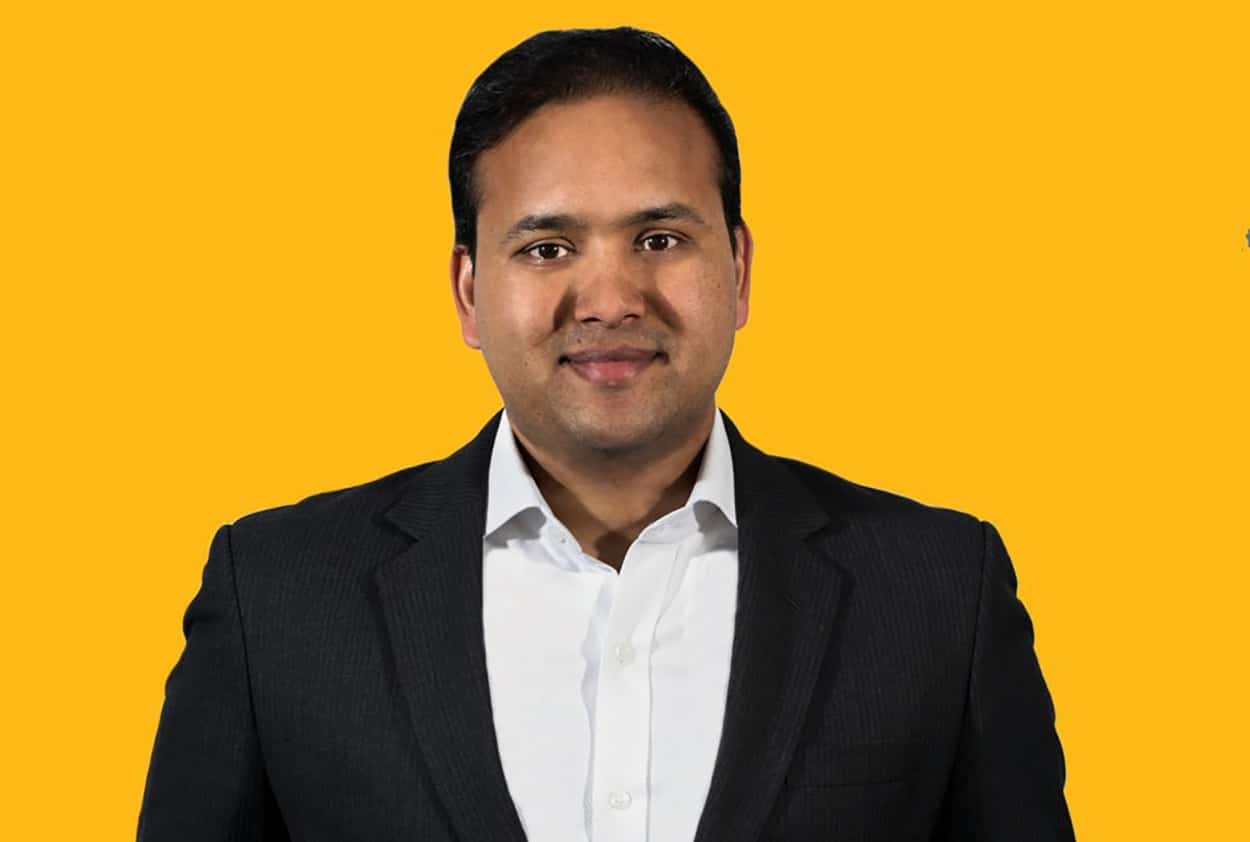 With the much anticipated launches of new streaming services Disney+ and Apple TV Plus in November 2019, the race to topple the Netflix crown is on. The battle for the cord never generation, led by digital natives will also mark a defining moment for the future of traditional Pay TV too, which will make the fight for market share an interesting spectacle to watch in itself.

With the added pressure to reduce subscriber churn rates, we sat down with CEO of Vewd Aneesh Rajaram to discuss the rapidly changing global OTT landscape and why Pay TV operators’ slow embrace of OTT services may leave them behind the pack on the tech front.

“We take a neutral approach. We help Pay TV operators, the likes of Swisscom in the UK and Verizon in the US as well as device manufacturers such as Sony, Phillips etc embrace the world of Streaming TV, and deliver a product that consumers love. Pay TV operators are going through a fundamental shift, which has been on our radar for the past decade, but the conversation has really heated up in the past five years. The biggest challenge are the devices they’ve deployed are quite old, in the sense that it’s very hard to upgrade software on those devices to enable streaming TV. Secondly, it’s very expensive to launch new devices in the market,” says Rajaram.

In addition to the problematic of retro-fitting legacy tech, the growing appetite for new content by consumers which is largely driving by OTT content, anywhere, anytime and on existing mobile devices has presented a tipping point for Pay TV operators; as subscriber churn rates are starting to accelerate in most markets across the world.

According to Rajaram, these challenges invite a few imperatives for survival.

“Pay TV operators need to consider how they can add streaming capabilities to devices already shipped. They also need to consider the next generation of boxes coming to market, because, let’s not forget, the majority of content distribution is still Pay TV; it is one of the largest drivers of revenue for Disney. So they still need to be a distributor for linear Disney content. There is investment that needs to be made into next gen boxes. They also need to tackle new demographics as millennials are increasingly consuming content via an app or via a streaming device, which we dub the cord nevers, or cord cutters,” says Rajaram.

The term cord never refers to a consumer who never subscribes to Pay TV, but rather consumes content via an app on their smartphone or buys a third party streaming device like Apple TV or Chromecast etc. Cord cutter is a consumer who has subscribed in the past, but now chooses to stop subscription services due to a perceived, greater value in streaming services. While the former is largely made up of millennials, the latter extends all the way to Gen Y and Gen X.

“What is interesting, is that despite these shifts, traditional media television is actually on the rise overall across most demographics. Most homes are subscribing to a combination of bundles that include streaming as well as traditional television as not all content is available via streaming. So this bundling has increased traditional TV viewership. For example, in Europe, there are 75 million homes that consume linear TV via antennas, of which most content is not available via streaming. The growth is actually fueled by cord cutters. In the US alone, there are 15 million more homes that now watch free to air TV after cutting Pay TV consumption. It’s really quite compelling how streaming has created new consumer behavior, whereby people like to consume both linear TV for free and pay for streaming,” says Rajaram.

According to Rajaram, the streaming market is expected to grow by nearly 20% worldwide by 2025.

“There is on demand internet delivered content, which includes what you can do on mobile devices; this market will grow worldwide and its driven by two models. One is the subscription model and the second is the advertising supported model, especially in emerging markets, like Asia, which is a very compelling proposition. This allows delivery of free live TV or free on demand content, like what Hotstar is doing in some parts of Asia. There are big investments being made in that type of content delivery,” says Rajaram.

The typical shelf life for an OTT device in the market is currently five to seven years, which generally aligns to the lifetime of the TV, which is also seven years (it used to be ten). In the device category, Rajaram says devices like Apple TV, Amazon Fire TV or a Chromecast, the average life is less than three years. Rajaram says that for Pay TV operators, retro-fitting OTT devices to accommodate streaming demand is a no-brainer.

“We see this demand as an opportunity to innovate. Devices that are seven years old even, are perfect candidates, with the help of Cloud, we can deliver an upgrade, a small piece of software, which can bring all the streaming capabilities onto legacy devices,” says Rajaram.

With the advent of 5G, a lot of discussion has taken place in the market in terms of innovation in IoT, however, Rajaram says the mobility around OTT is also enhanced by 5G too.

“We see a world where mobile operators specifically B2B operators in partnership with mobile, start to offer up two types of services. One is pure live TV streaming services to subscribers, which can now be consumed with high quality, low latency. Secondly, we are seeing a new category of devices emerging, which are 5G dongles, where you can carry TV wherever you go. If you’re in a hotel room, and you’re a subscriber for key services, you can simply plug that in and consume your favorite content. An affordability factor comes into play with 5G use by very mobile consumers. There are trials already going to deliver TV over 5G dongles and we offer mobile operators a white label product to do this,” says Rajaram.

These kinds of shifts means an opportunity for Pay TV operators to bring fresh experiences for consumers, and hopefully, minimize the threat of cord cutting.

“TV operators are actually in a prime position, in that they own the billing relationship. To stop churn, they can introduce popular streaming services on their device. There is an added complexity of delivering streaming and free-to-air content via your device, so we believe improving the discovery experience is key for customer conversion and retention. We firmly believe, for the end viewer, it’s never going to matter where the content comes from, it’s the actual quality of the content and experience that matters. So if you’re jumping from live sports, to a Netflix special, back to a music video on YouTube, it should be seamless. That’s what we try to solve for operators, how to deliver better experiences,” says Rajaram.

In terms of preferences for how consumers like to consume media content, Rajaram says the focus needs to make sure the core bundle of services that the end user wants is easily accessible and not painful to switch between different apps.

“We’re helping some manufacturers and operators to streamline different services as well as linear TV into a more easily discoverable end user experience where they can discover content without having to switch apps all the time,” says Rajaram.

To make good on Vewd’s promise to achieve seamless experiences, it launched the world’s only white label Vewd OS Smart TV that allows manufacturers to own and control the entire experience across the value chain.

“With the trade war between US and China, there’s a lot of uncertainty around whether manufacturers themselves can start to adopt Silicon Valley-based solutions. This has opened up a desire for alternative options, with all the same apps delivered under one brand. We are seeing a lot of interest for this lately, given these current tensions,” says Rajaram.

“We are big believers that Disney will be the first legitimate challenger to Netflix on a global scale. Netflix owns a very interesting content portfolio, But most people don’t realize that in the US, we will see Hulu and ESPN all in one bundle, available for the same price as Netflix. Disney own many assets around the world, for example, Hotstar falls under the Disney umbrella. Fox also own OTT assets which will take some time for them to bundle it together as a single offering. They’re quite aggressive in their pursuit to be the first to market. These providers need reliable technology to distribute their content. That’s where we fit in. For example, we can make the Disney app work across 40 million devices that we ship on every year. So, it’s an interesting time. The next to launch will be HBO Max. To-date, there has been a very fragmented delivery experience across the world with their apps but after coming under the AT&T umbrella, Warner Media Group launch of HBO Max will bring all their content together,” says Rajaram.

“They’re acquiring more and more assets to build a bundle of content that they can bring to market. Disney is another example, but there’s going to be more of these really large enterprises that can acquire content rights across the world and have the means to distribute them under their own workloads. I think long term, they’re in a better position, unless the Pay TV operators do something about it now,” says Rajaram.