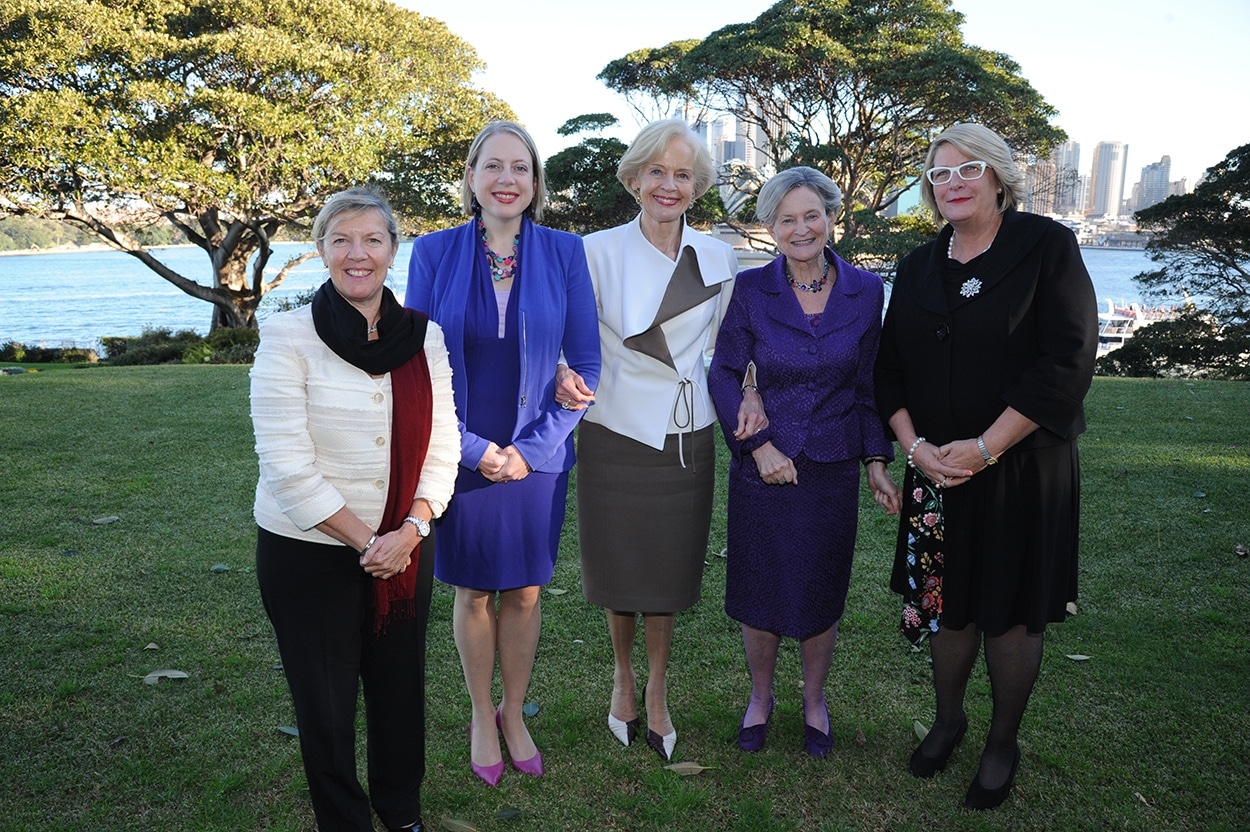 Sheltering women in our communities who are homeless due to domestic violence is a wicked problem. While it’s firmly on the national agenda and awareness has increased, so too has the demand for services and housing. We talk to the Emerging Female Leader Winner at the 2016 Women’s Agenda Leadership Awards, Annabelle Daniel about her journey licensing community shelters.

While the NSW Government launched its social housing fund in early 2016, promising an additional 3,000 social and affordable homes in the first phase, homelessness will continue to rise in NSW and nationwide.

One person packing the gap is Anabelle Daniel. Tackling this multifaceted landscape one shelter at a time, Daniel, a social change advocate has transformed how we support women’s homelessness and domestic violence in NSW.

On a recent study tour scholarship championed by Perpetual, Daniel plus nine of Australia’s best not-for-profit representatives were invited to participate in the Stanford University’s Centre on Philanthropy and Civil Society’s leadership conference. In looking at the changing social landscape Daniel found Australian thinking and innovation was not lagging behind the US. Daniel was able to benchmark her work as well as found the academic language for what Women’s Community Shelters are already doing, thereby legitimising the social franchise concept into a defined process.

“The study tour provided the opportunity to reach large audiences overseas, to find a community of interest, and to look at how you bring people, particularly non-traditional players to the table,” says Daniel.

Although early intervention is the government’s proclivity for preventing domestic violence, the current activity is not working. Daniel says we’re seeing a spectrum response from government to domestic violence and suggests that government needs to shift its resources to one aspect of the spectrum in order to have a concrete impact as it can’t all be fixed at the same time.

“The pace of change requires new and adaptive ways to deal with the entrenched social problems such as domestic violence. They can’t be attacked by a single organisation, they require collaboration, and they require communities,” says Daniel.

Daniel believes by inviting the local community to participate, you can teach them how to find the stories, to intervene early in a crisis and to find solutions.

“In order to attack social problems, you need to put your ego aside. It’s about the mission, trust, relationships and leadership,” says Daniel.

As a collaborator and strategist, Daniel has a twenty-year career supporting women and families. Starting out as a commercial lawyer with Clayton Utz, specialising in discrimination and family law, Daniel worked in private enterprise and the federal government before a turning point in her late thirties, led her to working with Elsie, Australia’s longest-established women’s shelter, now closed as a part of the state government’s 2014 Going Home, Staying Home homelessness reforms. It was at Elsie that Daniel became particularly interested in the intersection between family law, financial independence and structural disadvantage.

“Domestic violence is difficult to get your head around so it’s important for community to own it. We facilitate channels at a grassroots level in the communities we serve. This way we embed our shelters locally,” says Daniel.

A women’s shelter, also known as a women’s refuge and battered women’s shelter, is a place of temporary protection and support for women escaping domestic violence and intimate partner violence in all its forms. By supporting women in a safe, comfortable and secure environment, these women are able to rebuild self- esteem, and achieve control and fulfilment in their lives.

Women’s Community Shelters offer a ‘shelter in a box’ approach based on a ground-breaking tri-partite funding model in which Government, business philanthropists and community all work together to provide startup investment to underwrite a shelter for the first three years of its operation.

Genesis of this social franchise model took shape when Ellie Hunt, wife of investment banker and business consultant Peter Hunt, volunteered at Manly Community Centre. Here Ellie saw a myriad of more than 300 women approach the Centre each year, and wanted to do more.

The first shelter in Manly took 12 months to be realised. A feasibility study in 2012 highlighted that more than one in every two women were turned away from shelters Australia-wide. The Hunts set up a family foundation to underwrite the operational costs for the shelter, and this cemented their twenty-year involvement with homelessness and women services.

Ongoing support is provided in the form of governance, recruitment, fundraising, project management and mentoring, but it doesn’t stop here.

“Massive change is still required. The traditional top down approach doesn’t work, its bottom up community by community. Nor can we neglect a crisis response while society changes because women and kids need support,” says Daniel.

As a digital native Daniel is an avid fan of social media as a portal to securing support.

“Communication is important to the business. You need to leverage social media to bring people to your issue as it’s a fast mechanism and it enhances your community of interest and support,” says Daniel.

Support also comes through collaboration. Daniel brings governments, non-government organisations, businesses and local communities to the table in order to sustain momentum in strengthening the social support systems and shelters for women and children.

Receiving numerous accolades for her work, Daniel recently won the Emerging Female Leader in the NFP Sector at the 2016 Women’s Agenda Leadership Awards in recognition of her work with local communities and moving Women’s Community Shelters from start up to a much-recognised and respected model in the women’s homelessness and domestic violence sector in NSW.

When asked what winning such awards brings to the work she does, Daniel emphasises the real heroes are the frontline staff behind the scenes who listen to the stories, provide 24/7 support and take clients to appointments.

“The award is about them and a recognition of the work being done,” says Daniel.

Women’s Community Shelters are already working with half a dozen communities to expand the model to every community. Along with a fifty per cent injection of government funding, Daniel says they will be able to support the development of an additional four shelters from 2017.

These shelters will continue playing a key role in alleviating the compounding impacts of homelessness, where women’s immediate needs become more complex as a result of the homelessness cycle which can be hard to escape.

Future plans hope for an Australia-wide rollout of the social franchise model, and the continued provision of short term emergency accommodation.

“The need is phenomenally great. It’s easy to get overwhelmed, however I’m right where I want to be, I couldn’t be happier. I want to keep doing more of what we’re doing,” says Daniel.