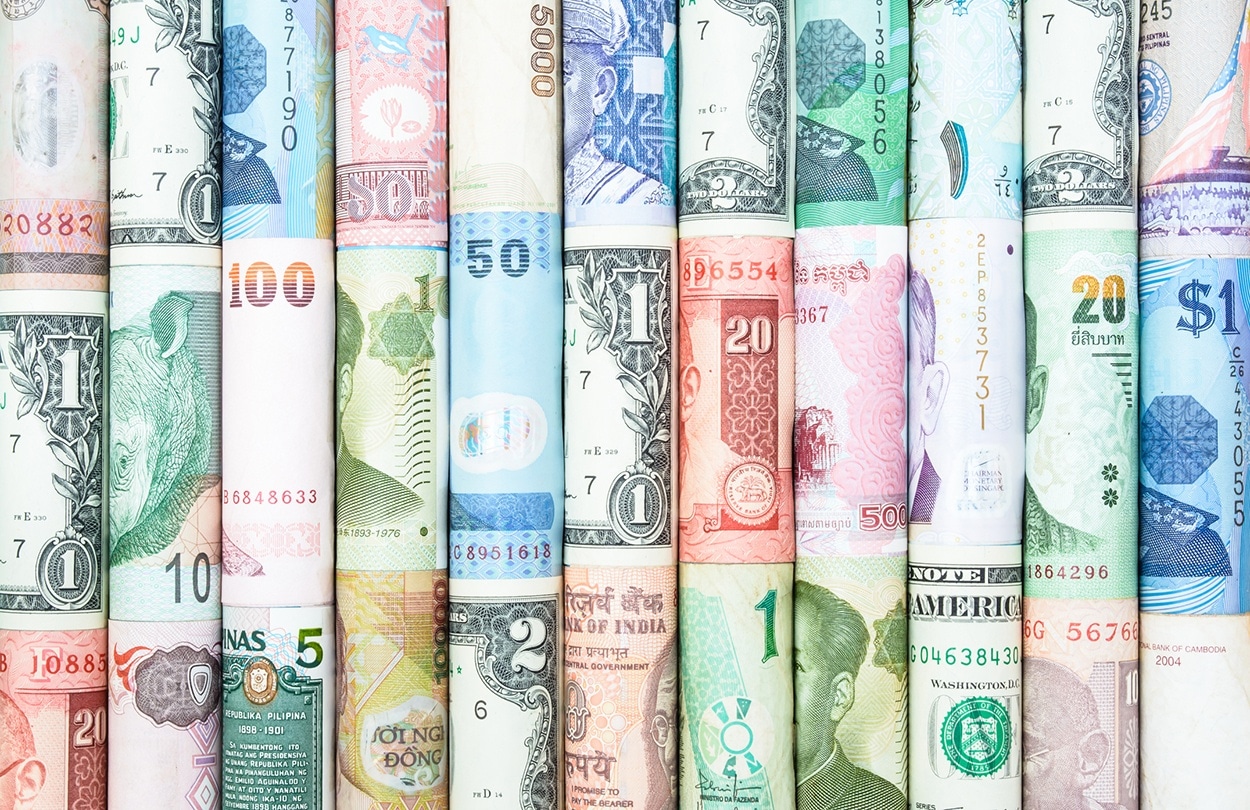 Despite China’s Central Bank’s efforts to stabilize its currency, China has witnessed a significant dent in the Yuan in the wake of the rising demand of the US dollar, which has appreciated by almost 11% against the Chinese Yuan; and China is not the only among Asian economies that is feeling the fall…

Falling currencies have been a harbinger of bad news for many emerging Asian economies, especially at a time when several are sitting on high current account deficits (CAD is the difference between outflow and inflow of foreign exchange in the country’s current account).

As the greenback maintains a strong position against six major Asian currencies, the former’s strength is not necessarily advantageous for the ASEAN region.

The strengthening of the US dollar is riding on higher interest rates in the US and other developed countries which has resulted in an exodus of foreign investments in both emerging and established economies.

The US Federal Reserve is likely to raise interest rates by 25 basis points in December 2018, followed by two more potential rate hikes by mid-2019 on the back of an upbeat economy and rising wage pressures.

In many emerging markets, a swift depreciation of the currency can hurt growth prospects. Interest rates in the local markets go up as a result of rapidly falling exchange rate. This happens because cash flows outside the country.

In periods of excessive stress in currency markets, the amount of capital as a share of economic output that leaves emerging markets, is greater than in the case of developed markets. Thus, domestic financial conditions tighten and borrowing costs rise.

A free-falling currency may wean out appetite for risk and become detrimental to the macroeconomic stability of the ASEAN region. This may lead to higher interest rates reducing the borrowing power of consumers.

A weaker currency is usually perceived to be good for the economy as exports get a lift and shipments become more competitive abroad. However, as most Asian countries have taken setbacks in the current export market, concerns over a widening CAD are not misplaced.

There may be a silver lining out of falling currencies in the ASEAN region however, as it may wean out unnecessary costly imports and shift preference to goods produced in-house.

The world’s second largest economy China has witnessed a significant dent in China’s Yuan in the wake of the rising demand for the US Dollar, despite its Central Bank’s efforts to stabilize the currency.  The US Dollar has appreciated by almost 11% against the Chinese Yuan.

India has its own share of problems too. The Rupee which has fallen by over 12% in 2018, making it the worst performing currency in Asia.

Southeast Asia’s largest economy which had a current account deficit of USD 19.1 billion during the quarter ended September 30 has seen it widened to 2.9% of the GDP as against 1.1% in the year-ago period.

It is likely to widen more amid high crude prices. India imports nearly 80% of its fuel so there is no letting up of the pressure on the Rupee according to many experts. Higher oil prices threaten to spur India’s inflation and fiscal deficit.

The Indian Government’s recent announcement to cut non-essential exports is being seen as a resort to check the Rupee fall according to industry experts; the Government’s plans to ease overseas borrowing norms for the manufacturing sector and relaxing rules around banks raising Rupee-denominated overseas bonds may not yield desirable results.

A recent report published by Reuter claims, “In an environment of rising interest rates, corporates may refrain from obtaining more overseas loans, and in a risk-off environment when foreign investors are net sellers of both Indian equities and bonds, raising the FPI (foreign portfolio investment) limits is unlikely to yield more capital inflows”.

The Indonesian Rupiah has fallen to its lowest level in more than 20 years and Indonesia’s external debt currently stands at 34% of GDP. The Rupiah has declined by as much as 21 percent. It saw the highest decline amongst the Asian emerging market in 2012 and 2013.

Internal factors such as political pressure from different interest groups on issues relating to concessions for investors in the oil, gas and mining sectors is spoiling sentiments for the Rupiah. The Indonesian central bank raising interest rates four times since mid-May to help the Rupiah has yielded limited results. This suggests a high likelihood of many more rate hikes.

The export-dependent Korean Won declined 0.5 percent in November. Among other Asian currencies, the Thai Baht weakened 0.3 percent, while the Malaysian Ringgit ticked down 0.1 percent. Singapore also do not remain untouched by the foreign exchange outflows due to increased interest rates in the US.

With the exception of South Korea, which sits comfortably among its peers owing to its current account surplus and sizeable foreign exchange reserves, the growth scenario in Asia looks bleak.

The ongoing trade dispute between China and the US has also been a contributing factor. The dispute has not only impacted the demand-supply equations but has also eroded the value of Asian currencies. Prospects of new tariffs employed by the Trump Administration has made investors apprehensive of retaining local assets in favour of the US Dollar.

The slowing Chinese economy over the years has also not helped Asian countries who rely heavily on commodity exports. As a result, commodity prices continue to go south…