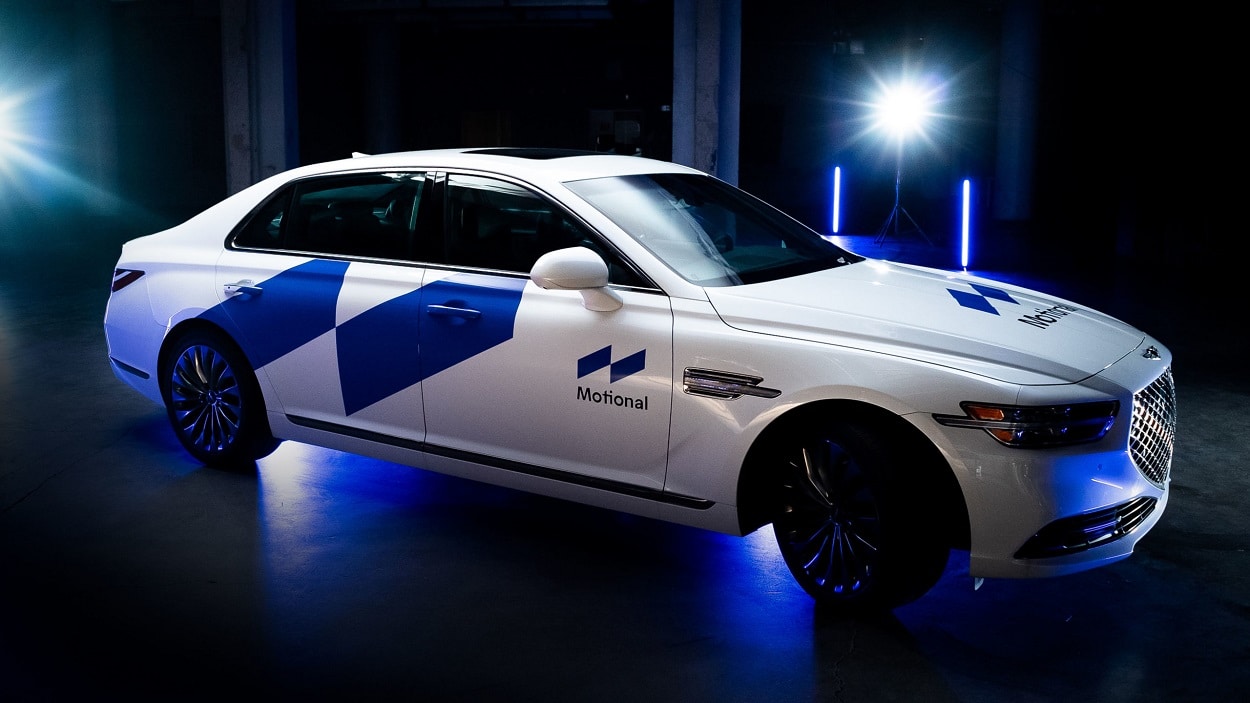 The Hyundai Motor Group and Aptiv autonomous driving joint venture unveils its new identity this month – Motional. Plans are underway to begin testing fully driverless systems this year, and, supporting technology will be available for robotaxi providers and fleet operators by 2022.

Motional, an autonomous driving joint venture between Hyundai Motor Group and Aptiv PLC was launched virtually to its employees around the world this week with the aim of making driverless vehicles a safe, reliable, and accessible reality.

Formed by Hyundai Motor Group, and Aptiv, the joint venture was established in March 2020 to advance the development and commercialization of the world’s highest-performing and safest autonomous vehicles.

While the brand was launched in August, according to Motional CEO and President Karl Iagnemma, Motional, in all of its previous forms, it has been leading driverless technology for decades.

“Our DNA – a combination of Aptiv’s expertise in advanced technology and Hyundai’s leadership in both vehicle manufacturing and R&D – is uniquely powerful, and positions us to fundamentally change how people move through their lives. What we’re building is more relevant than ever. The pandemic has challenged the global community to re-think transportation, and governments and individuals want more and better options. We’re excited to bring driverless technology safely and comfortably into everyday life,” says Iagnemma.

Iagnemma claims Motional is developing and commercializing SAE Level 4 vehicles – autonomous vehicles that perform all driving tasks. Motional aims to begin testing fully driverless systems in 2020, and its driverless systems and supporting technology will be available for robotaxi providers and fleet operators in 2022.

The Meaning of Motional

According to Iagnemma, Motional connects two words: motion and emotional. ‘Motion’ speaks to the movement of driverless vehicles enabled by the company’s technology, as well as its decades of experience moving the industry forward. ‘Emotional’ evokes the company’s people-first approach – the focus on safety and reliability that ultimately delivers peace of mind.

“We’re leaders in this space. We’ve interacted with more real passengers on real roads than anyone else. Our logo is a bold, strong mark reflective of how we’ll continue to confidently lead this industry and the future of transportation,” says Iagnemma.

Commenting on the JV, Aptiv CEO and President Kevin Clark says Motional is a strong name that will signify to consumers they are riding in a driverless vehicle that is safe for everyone.

“As Motional works to transform mobility with its production-ready autonomous driving system, Aptiv will help pave the way for self-driving vehicles with our advanced ADAS platform that saves lives today and builds trust in highly-automated vehicles,” says Clark.

(Ed. Motional is led by driverless technology pioneers who participated in the historic DARPA Grand Challenge, and founded nuTonomy and Ottomatika, early leaders in the space. Motional claims to be behind some of the industry’s largest leaps forward, including the first fully-autonomous crosscountry drive in the U.S., the launch of the world’s first robotaxi pilot (Singapore; 2016), and operation of the world’s most-established public robotaxi fleet (Las Vegas; 2018 – present). That fleet claims to have provided over 100,000 rides, with 98% of riders rating their experience five-out-of-five stars. Motional is based in Boston, with teams in Pittsburgh, Las Vegas, Santa Monica, Singapore, and Seoul. The newest office, Seoul, will serve as a key technology hub and testing location. Featured image provided courtesy of Motional.)