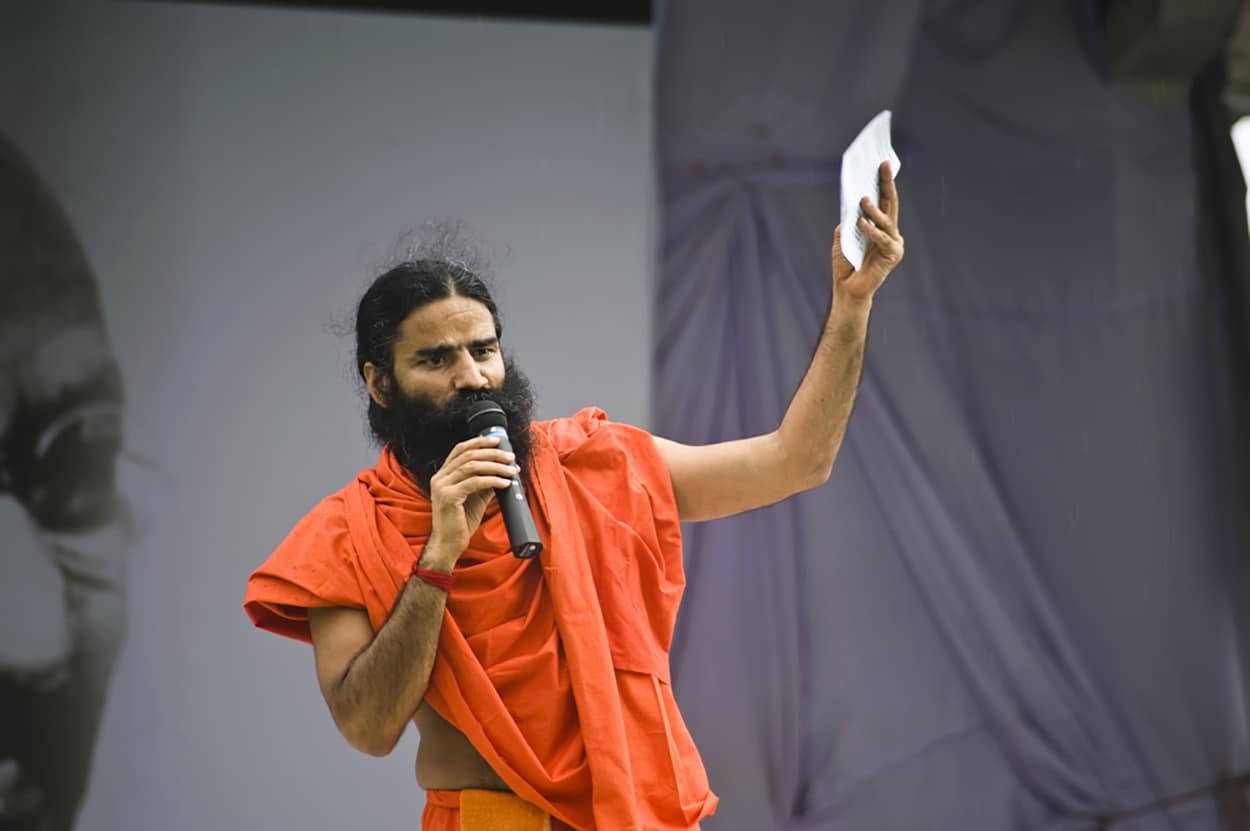 Ascetics (colloquially known as babas) in India are re-inventing themselves as business gurus. The well-known baba Ramdev has not only become the de facto brand ambassador of yoga in India and abroad, he is also powering Patanjali Ayurved, an FMCG brand which has disrupted the mojo of deep-pocketed domestic and global giants.

Fast Company endorsed baba’s role behind the meteoric rise of Patanjali Ayurveda, a company he co-founded with a close aide Acharya Balakrishnan in 2006. The company has turned the tables on domestic and global FMCG powerhouses and has become the second-largest FMCG player in the country. The venture which was initially formed for research and development of Ayurvedic (Indian traditional system of healthcare) medicines reportedly with the corpus of Rs 40 crore, had an annual turnover of AUD 2.09 billion in the FY2017.

According to the Assocham–TechSci research report released in January this year “Patanjali Ayurved has turned out to be the most disruptive force in the Indian FMCG market…it witnessed a whopping annual growth of 146% in fiscal year 2016 grossing a turnover of $769 million (AUD 10,069) whereas its peers including ITC, Dabur, Hindustan Unilever, Colgate–Palmolive and Procter & Gamble struggled to achieve growth much less than double-digit”.

The growth of Patanjali Ayurved has piggybacked on the popularity of baba Ramdev. His yoga camps, which have been televised since 2002, simplified the drill of yogic poses and breathing exercises. The daily dose of an hour-long television broadcast of those yoga camps across the world took yoga to the masses. He urged his followers to return to the Indian traditional system of healing and promoted ayurvedic medicines, juices, and supplements manufactured under Patanjali brand, which was initially exclusively sold in Patanjali stores or Divya Pharmacy, an offshoot of Patanjali Ayurved.

The company now sells around 500 products ranging from ayurvedic medicines to spices and staples to cosmetics through franchisee outlets, modern retail format, neighbourhood stores and online stores. As per an Edelweiss report, the company also plans to launch a mobile app to help consumers locating the nearest store or for enabling the online transaction.

Baba Ramdev is reported to have no equity stake in the company. He is the only brand ambassador of the FMCG giant which has so far relied only on direct advertising for its brand promotion. The company has set its sight on doubling the turnover to AUD 4.03 billion in FY18 and aims to take it to AUD 20.2 billion over the next five years.

In order to achieve such an ambitious target, the company, earlier this year, announced that it would invest AUD 10.1 million in FY18 for setting up new manufacturing facilities, increasing its products portfolio, expanding the distribution and retail network, and hiring professionals from rivals including MNCs such as Hindustan Unilever, Colgate, and domestic Dabur, Nestle and others.

Patanjali Ayurved sells its products on the promise of purity of ingredients and emphasises that its products, be it honey, tea, shampoo, detergent powder, juices etc. all are free from chemical additives. Keeping the pricing of Patanjali products lower than rival brands in a price sensitive market has also played a key role in the company’s mercurial growth. Edelweiss Research report ‘Patanjali: Disrupting Traditional Bastions’ says that Indian consumers, by and large, are not brand-conscious, and Patanjali products which are reported to be up to 30% cheaper than rival brands have found favour with consumers. The report goes on to add that “…as high as 80% Patanjali product users are repeat purchasers, indicating sustenance of Patanjali’s growth momentum because a repeat purchase implies that the product is liked by the consumer”.

Patanjali Ayurved follows practices that automatically result in low overhead costs. Senior management salary is capped. Its advertising budget has been low, with a large reliance on email direct marketing.

The brokerage firm CLSA says that Patanjali can tap its potential to easily reach out to more than 200 million prospective consumers through baba’s yoga programmes. The company has also maintained an efficient raw material procurement policy with minimum leakage or involvement of the middlemen.

Baba Ramdev has always focused on creating a brand permeated in a nationalistic undertone, on and off flashing displeasure at the presence of multinational companies’ profiteering in the country.

“Patanjali will make everything from underwear to ethnic and sportswear soon,” Baba Ramdev promised at an event in India earlier this year.

What also seems to have fit the brand, is baba’s reputed Spartan lifestyle.

(Note from ed. – This editorial is not an endorsement/advertorial of Patanjali Ayurved or baba Ramdev.)