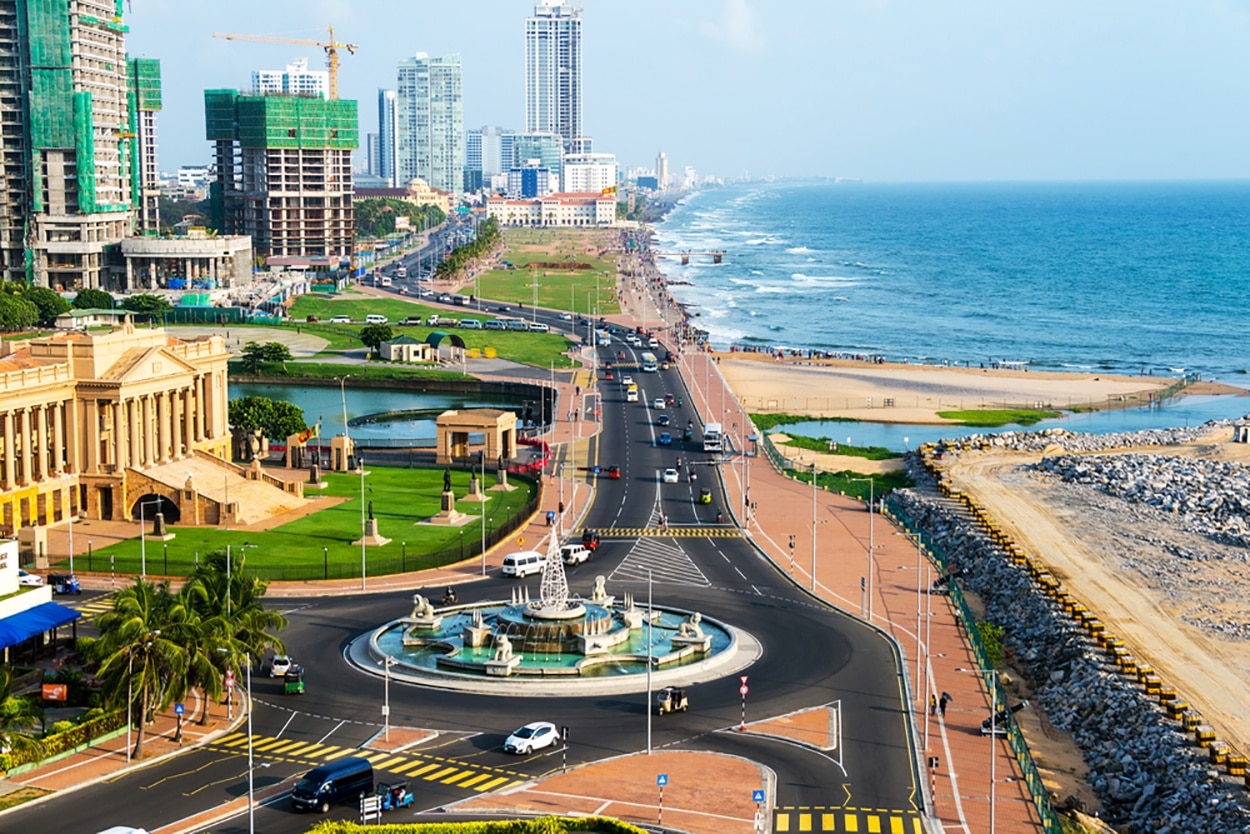 The aviation sector is booming in South Asia, as economic growth and a surge in tourist arrivals in the last decade have propelled Sri Lanka to modernise the Bandaranaike International Airport’s runway as well as a new airport terminal upgrade.

According to the Travel and Tourism Competitiveness Report 2015, Sri Lanka is ranked 63 out of 141 countries most visited in South Asia. The Sri Lankan tourism industry contributes significantly to Government earnings, foreign-exchange earnings and employment generation.

Sri Lankan Tourism Development Minister, Christian Religious Affairs and Lands, John Amaratunga says that in 2016, over 2.05 million tourists visited the country, recording an increase of 14 percent from the previous year. With the recent surge of interest in tourists, Sri Lanka is hoping to increase tourist visits by 2.5 million in 2017.

Colombo Airport is currently one of the largest airports in the region catering to 9 million passengers per annum as of 2017.

To help cope with the projected tourist influx, Colombo Airport is getting a major upgrade to its runway and an expansion plan to add another terminal is underway to increase airport capacity to 15 million passengers annually.

Colombo Airport has not had any upgrades since 1986.  The new developments will include rapid exit taxiways and a CAT II lighting system for both approach ends to meet increasing traffic.

It will also become the first airport in the region to use light emitting diodes (LED) lights for runways. The work on replacing the lights with LED at the airport is expected to be completed by October 2017.

Bandaranaike International Airport’s Head of Civil Engineering G. Withanage says “this development will provide world class infrastructure as well as safety to travellers coming to our homeland. The Airport, especially its single runway, needs an upgrade to cope with demand, and we are conscious of minimising the environmental impact of works”.

ADB SAFEGATE, a global service provider and consultant on airline safety is working with the airport to improve capacity and resolve operational issues in an energy-friendly manner.

CEO of ADB SAFEGATE Christian Onselaere says that, “the transformation from halogen to LED lighting will enable energy efficiency and increased energy savings, and together with the ALCMS and Surface Movement Guidance and Control System (SMGCS) will help increase runway capacity”.

In the US, most airports have been using LED lights for runways and other airports applications since 2007. The US Federal Aviation Administration (FAA) has found that many airports have expressed an interest in replacing traditional incandescent lighting with LEDs, including airport ground lighting such as approach light systems, runway centreline, taxiway, and ramp lighting as it is far more cost efficient.

The FAA conducted a cost benefit analysis (CBA) on the replacement of PAR-56 incandescent lamps with LED lamps for all medium intensity approach lighting system with runway alignment indicator (MALSR) threshold light applications. It found that there was a 2.5 benefit in LED replacement lamps.

The world’s largest airport, Istanbul New Airport, which caters for over 200 million passengers annually to more than 350 destinations has opted for smart intelligent lighting systems too.