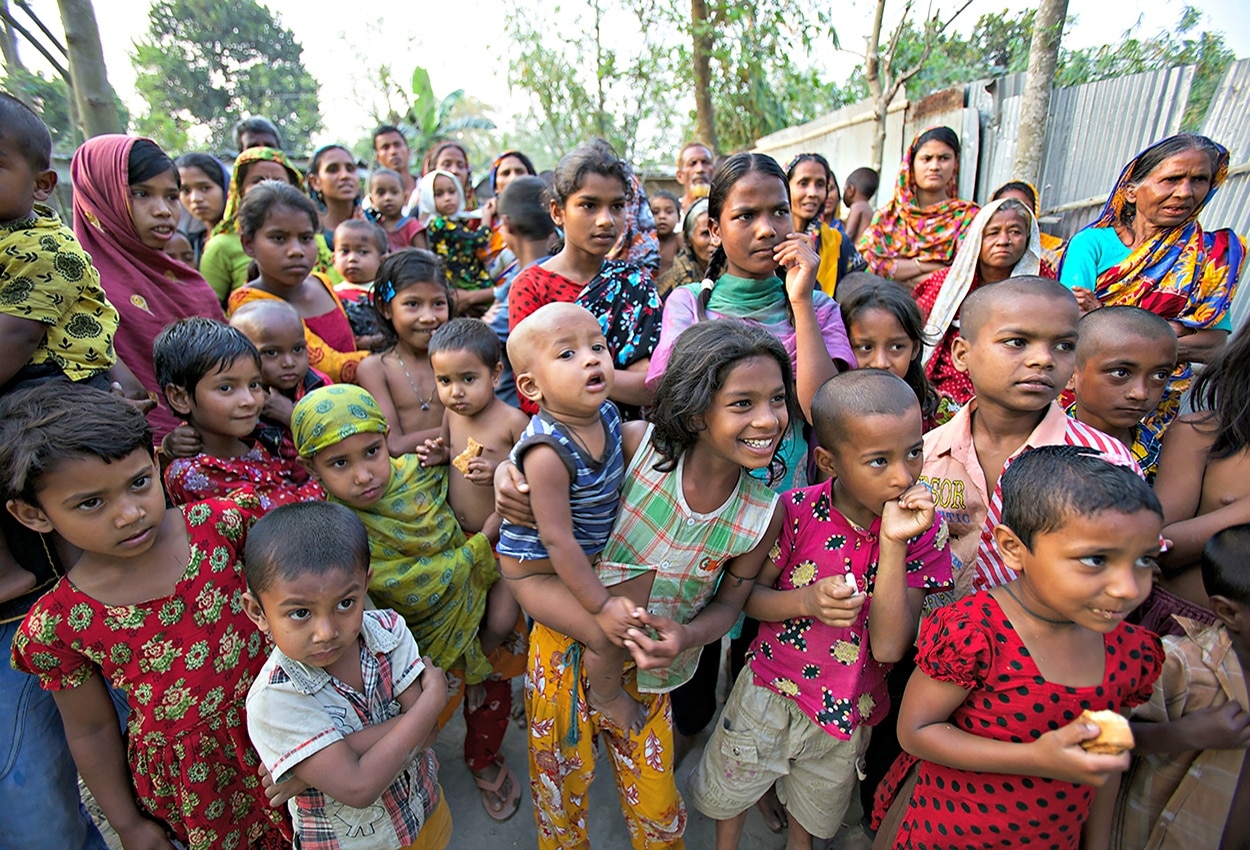 We salute the Bangladesh Rural Advancement Committee (BRAC) which has effectively scaled to alleviate poverty and empower millions of people to establish businesses to support their families in impoverished regions. Through a multi-faceted approach combining education, healthcare and initiatives that encourage self-determination, BRAC has managed to achieve the status of the largest, fastest-growing non-governmental organisation (NGO) in the world.

In the heart of downtown Dhaka is the nineteen-story Bangladesh Rehabilitation Assistance Committee building, an NGO which today is considered as of one of the world’s largest and the most powerful organisations. Founded by former Shell Oil Executive Fazle Hasan Abed in 1972, BRAC reaches millions of the poorest people in eleven countries in Asia, Africa and the Caribbean. Originally the Bangladesh Rehabilitation Assistance Committee and later the Bangladesh Rural Advancement Committee, it is now formally known simply as BRAC.

BRAC’s vision is to create a world free from all forms of exploitation and discrimination, place where everyone has the opportunity to realise their potential.

BRAC has grown from a small relief operation into an organisation globally unsurpassed in the scale of the programmes it provides to some of the world’s poorest people. Its interventions are aimed to alleviate poverty on a large scale through various economic and social programs.

In the United States and the United Kingdom, BRAC was launched in the year 2007, with the intent to raise public awareness about the BRAC approach to sustainable human development and mobilise resources to enable BRAC to rapidly scale up its programs.

In the UK, BRAC is partnered with local and global organisations, donor agencies, academic and research institutions and governments with the aim to bring BRAC’s life-changing services to millions of people by concentrating their efforts on multiple priorities; education and empowerment, equitable economic development and access to health and water, sanitation and hygiene services.

BRAC USA is an independent affiliate of BRAC, with its own Board of Directors that exercises full fiduciary responsibility for all grants, philanthropic programs and services. BRAC USA is determined to root out the systemic causes of poverty, particularly through the empowerment of women and girls, and to design solutions that can be scaled to reach millions.

According to the 2016 BRAC Annual Report, a total of 86,975 households have escaped extreme poverty in Bangladesh due to various BRAC initiatives. In addition, BRAC has managed to provide health care services to nearly ninety per cent of households, across hard-to-reach regions across the world. BRAC’s efforts towards women empowerment and education of girls have yielded great results with 3.5 million children, over half of them girls, being enrolled in 48,000 schools and centres.

A global leader in providing opportunities for the world’s poor, BRAC provides microloans to small enterprises, self-employment and education opportunities to individuals, along with health, legal and human rights services.

In 2016 alone, 1.3 million people were screened for Tuberculosis and 18,900 cases for Malaria were treated, under their health care scheme service. As per their annual report, BRAC has provided micro-loans to over 5.4 million borrowers in 2016 alone, an increase of 10 per cent from 2015.  In 2016 alone, four lakh children between the ages of 3-5 years accessed early childhood development and pre-primary programmes. An example how BRAC runs parallel to the government of Bangladesh is seen from the fact that the slum schools under BARC are run by BRAC-trained teachers using BRAC textbooks.

Since 2016, BRAC has launched various new initiatives. Maternal health is one area where BRAC has invested heavily and worked extensively over the past few years. Under its Improving Maternal, Neonatal and Child Survival (IMNCS) project, BRAC initiated the Health, Nutrition and Population Programme, an innovative approach of providing nutrition education to pregnant women.

While, despite remarkable achievements in selected health indicators such as immunisation, maternal and child health, since BRAC’s inception, current health services in Bangladesh are still fragmented and skewed towards health MDG. The access to quality health services still remains inadequate and expensive for a large segment of the population, whereby the poor do not have access to care when needed. To address this, BRAC launched the BRAC Health Security Programme (BHSP), a two year program, in the Gazipur city corporation, to provide health check-ups, screening and consultations to all households members in the Manoshi catchment area.

Another program, namely, the Sustainable Clubfoot Care in Bangladesh, was carried out between October 2013 and September 2017, to eliminate neglected clubfoot development which causes musculoskeletal disability and poverty in Bangladesh, by treating these cases and therefore returning children born with clubfeet to the same life trajectory as their peers.

Also, to contribute to sustained improvements in the health status of women and children in Bangladesh and increasing access to and demand for essential health products and services through the private sector, BRAC signed a four year Cooperative Agreement with USAID, a Social Marketing Company, for implementing the Marketing Innovation for Health (MIH) Programme to provide a comprehensive range of products and services to the target populations in Bangladesh.

BRAC has managed to achieve the status of the largest, fastest-growing non-governmental organisation (NGO) in the world by following a disciplined work culture, training and hiring first time job holders, including, mostly women, primarily high school and college graduates fresh out of school.

BRAC seeks to bring out the creativity, ingenuity and drive in each person and provides people living in poverty with the tools they need to create the life they want for themselves, their families and their communities. They teach people the basics of customer service and how to be productive employees. Trainees who achieve as credit officers or community organisers have the opportunity to be promoted to branch managers, then to area managers, and then to region managers. The pyramid scales to reach many employees and members of the community.

This same training and promotion model is applied to schools, health, and other areas of BRAC service to create self-sustaining programs which demonstrates that CSR, when executed with heart and strategically aligned resources, can make a lasting difference for generations to come.

previousDesirable Spaces is No Longer Defined by Nation, but Resilient Cities