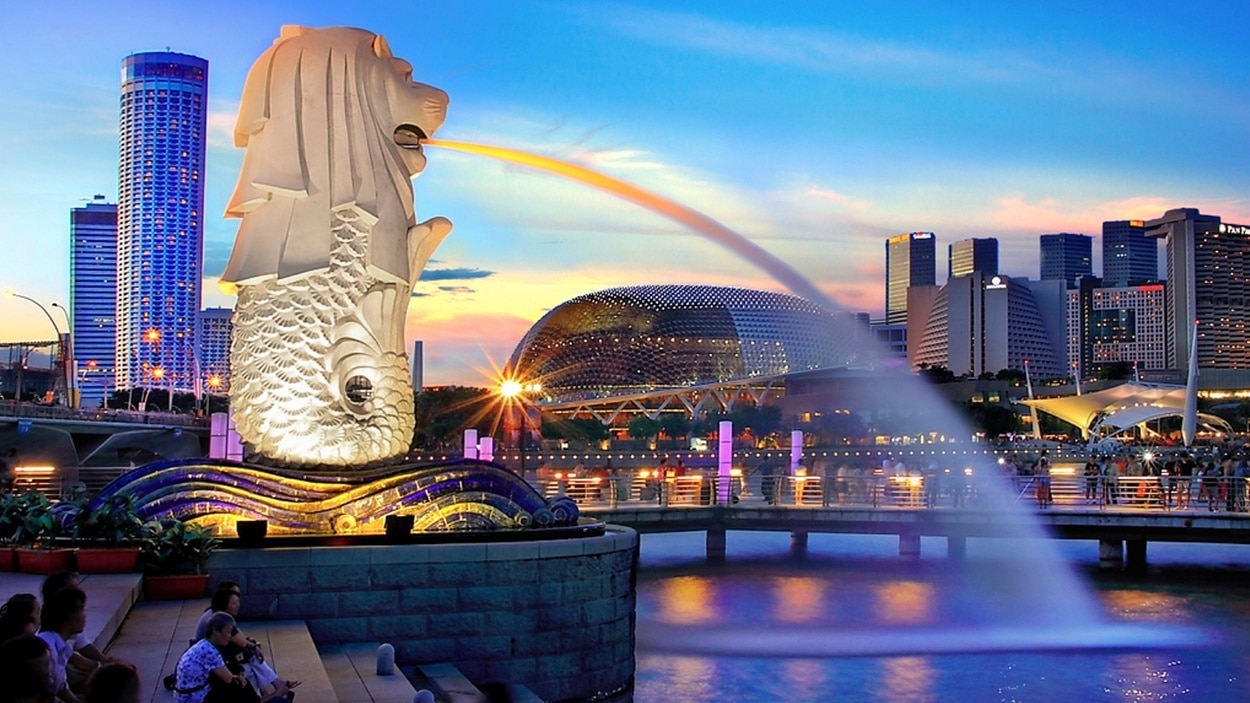 The Adam Smith Center, a pro-market, pro-competition organization hosts its Why 1819? Bicentennial Event in Stamford Raffles Singapore this August. We chat with ASC Founder Bryan Cheang on Singapore’s trade legacy and its future economic outlook at home and abroad.

Founded in 2017, the Adam Smith Center is a non-profit organisation that is entirely funded by private donors. ASC is Singapore’s first and only independent pro-market, pro-competition organisation. According to its Founder Bryan Cheang, the Center advocates the principles of free market humanitarianism, (individual self-responsibility), the rule of law and limited government, free exchange and choice, as well as permissionless innovation.

“We believe these are the foundations of prosperity, justice and fairness in the world, and we wish to advocate these values in media, public policy and academia… Our upcoming Bicentennial event will cover a constant theme throughout Singapore today; who are the beneficiaries of open, global trade-based economies and why we believe it is important to affirm this in the face of threats to global trade openness,” says Cheang.

According to Cheang, The Bicentennial initiatives of the Singapore Government have received some public criticism for celebrating colonialism and imperialism. Some historians have also insisted that the contributions of Bristish Colonialist Sir Thomas Stamford Bingley Raffles in Singapore have been overstated, and that the Bicentennial glosses over the injustices of the British colonial empire’s past.

“Our event promotes a nuanced view of the episode. While we acknowledge that colonialism and imperialism are not worthy of celebration, we also acknowledge Singapore’s rapid and successful economic development in the colonial era. Drawing from economic theory from the institutionalist school of thought, we argue that Singapore has enjoyed inclusive institutions such as a British-based parliamentary democracy and the rule of law that are proven drivers of growth,” says Cheang.

According to Cheang, as a political economist, he says he is used to conducting comparative institutional analyses, (how social, economic and political structures change and evolve across time and place) which leads to realisations of differed colonial experiences.

“One factor explaining the difference would be the varied strategies of rule used by the Western colonial powers. It would be a historical mistake to conflate the colonial experiences of Hong Kong and Singapore, for instance, where the predominantly Chinese population for the most part flourished under the British, with that of the French Indochina, Dutch East Indies and the Belgian Congo, where repression was rife, and atrocities commonplace. This means that in certain circumstances, Western colonisation can leave a positive legacy,” says Cheang.

Cheang argues that institutional economists Daron Acemoglu and James Robinson, authors of the famous book “Why Nations Fail”, wrote in their journal article “Colonial Origins of Comparative Development” that in areas where disease environments were favourable, Europeans established pro-growth institutions like private property and the rule of law.

“It is undeniable that we live in a world shaped by Western imperialism. The British Empire stands out in particular, not only due to its wide territorial reach under the Victorian era, but due to the way in which Anglo-Saxon values and institutions have shaped our modern world. These include the English language, the common law tradition, constitutionalism and the rule of law, capitalism based on property and competition, and modern parliamentary democracy,” says Cheang.

Cheang says Singapore and Hong Kong are excellent examples of global city-states that have continued in the British tradition of open trade and immigration.

“Today, Singapore ranks as one of the freest economies in the world, according to the Index of Economic Freedom and Economic Freedom of the World Reports. The Singapore Government is fond of utilising neoliberal, market-based policies in various areas. For instance, it’s healthcare system is based on the principle of self-responsibility, and government subsidies must be matched with out-of-pocket spending. What’s remarkable is that state spending on healthcare as a proportion of GDP is way below Western standards, with health outcomes among the best. Its traffic management, notably, pioneered the world’s first road pricing scheme. On social policy, the state provides not welfare in the traditional sense, but ‘workfare’, with social assistance conditional upon an individual finding employment,” says Cheang.

Singapore’s trade-based growth strategies have seen it pursue unilateral free trade agreements consistently, with exceptionally low tariffs. According to Cheang, these policies have presided over a growing population that today enjoys one of the highest per capita incomes worldwide, with non-material living standards also faring well.

“To understand Singapore’s success, we need to remember the legacy of her founding fathers. No, not just Lee Kuan Yew, but the rather wondrously named Sir Thomas Stamford Bingley Raffles. While his name lives on in the famous Raffles Hotel, he is a largely forgotten figure in his British homeland. But in Southeast Asia, his exploits and endeavours are well known since his arrival on what was a largely empty island in 1819…This bicentennial does not have to be seen as a crude apology for colonialism in its totality. We can acknowledge its faults, but yet realise that colonialism has many faces, some of which have most intimately shaped our world and everyday lives,” says Cheang.

The event will feature Guest of Honour People’s Action Party (PAP) Member of Parliament for Sembawang GRC Mr Vikram Nair, whom will be sharing his thoughts on Singapore’s future challenges.

Other notable speakers pegged for the event includes Member of European Parliament in the United Kingdom and President of the Institute for Free Trade Daniel Hannan, whom will discuss Britain’s past, current affairs and what to expect in the coming months ahead as Britain exits the European Union.

You can purchase tickets here to attend Why Commemorate 1819, to be hosted at Tanglin Trust School Singapore, August 31, 2019.

(Ed. Bryan Cheang is the Founder of the Adam Smith Center and a PhD Candidate in Political Economy at King’s College London. Cheang is also an ex-civil servant in the Singapore Government. Bryan Cheang will also launch his newly published book Free Market Humanitarianism: A Primer at the event.)