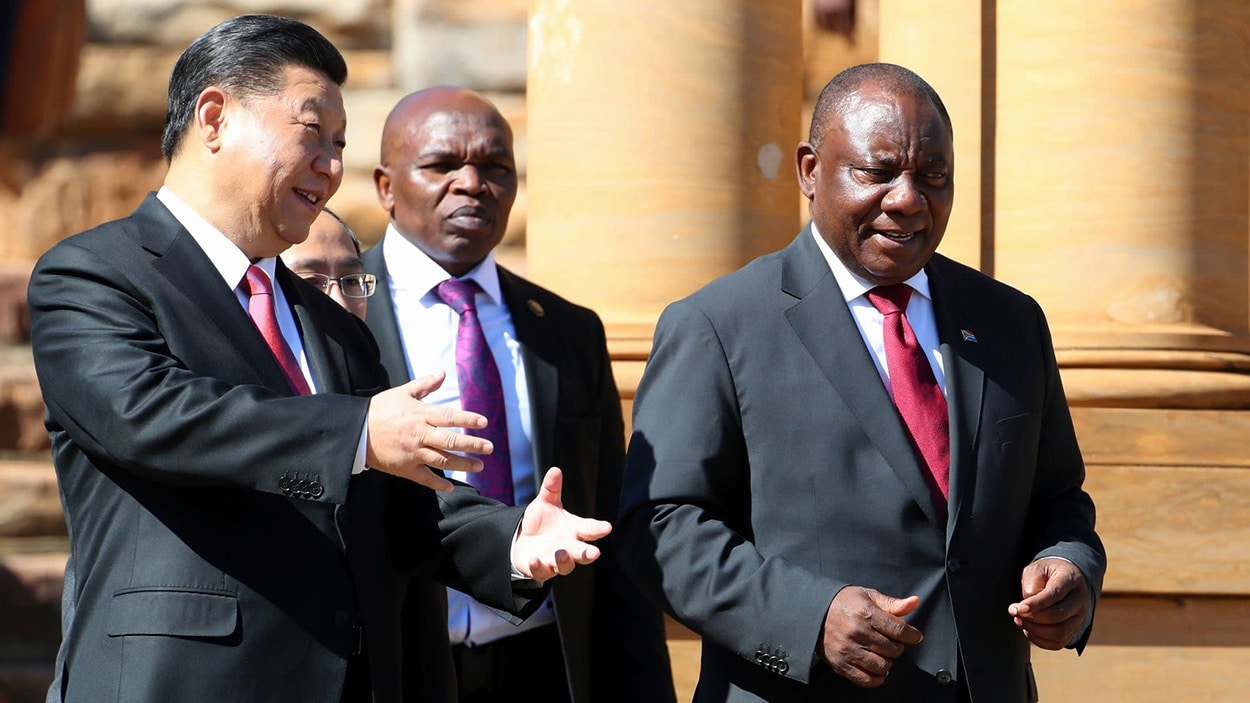 Chinese investment in Africa are shaping a new economic and political order in the continent. With funding by China pouring into all sectors and many countries within Africa, we take a snapshot of some of the major infrastructure developments that are underway.

Bilateral trade between China and Africa was three times China-US trade in 2017. In late 2018, Chinese President Xi Jinping pledged over USD 60 billion in financing for projects in Africa both in the form of loans and investments. This will include USD 15 billion in grants, interest-free loans and concessional loans, USD20 billion in credit lines, USD10 billion for ‘development financing’ and USD 5 billion to buy imports from Africa. Furthermore, the Chinese Government has indicated it will encourage Chinese companies to invest over USD 10 billion in Africa over the next three years.

In the five years beginning 2011, Chinese FDI in Africa surged by 130 percent at USD 53 billion as compared to flat levels of UK and US. These included USD 6.5 billion in South Africa, USD 3.5 billion in Congo, USD 2.5 billion in Algeria, Nigeria and Zambia and about USD 2 billion in Zimbabwe.

Reasons for the spending spree in Africa by the Asian giant are speculative, including resource-intensive growth demanding greater access to raw materials in Africa. China currently imports large volumes of energy and metal resources.

China has provided USD 143 billion of loans to African Governments and state-owned enterprises over the past 17 years. This has helped the China Development Bank surpass the World Bank in terms of providing low-cost financing with a book of USD 35.5 billion in 40 countries. Since most investments have some conditions on Chinese imports, it is helping the country maintain its growth rate despite some slowdown domestically.

It is estimated that the financing gap is USD 100 billion; the Africa Development Bank has indicated Africa requires USD 150 billion to further necessary infrastructure development.

From 2017, 13% of Chinese FDI in Africa was in the manufacturing sector as compared to 28% in construction and 26% in mining. These numbers are significant as they aim to provide China necessary resources and reduce its spending on foreign exchanges. Additionally, low labour costs in fast-growing African economies of Rwanda and Ethiopia is expected to continue attracting Chinese FDI’s in labour intensive sectors.

The China Africa Cooperation (FOCAC) established in 2000, has steadily seen higher commitments over years. While in 2006, loans were committed for USD 5 billion, it has surged to USD 60 billion in 2015, over 10 times in less than 10 years. It is estimated that a third of African coal-fired power plants constructed over the past decade were won by Chinese contractors, assisted by Chinese funding. According to data available, China was involved in the financing and construction of over 15 Gigawatt coal capacity in the continent, amounting to 10 per cent of the continent’s total power capacity (168,000 megawatts in 2016).

China’s renewable energy involvement in Africa is limited currently, with solar projects in Comoros, Kenya, DRC, and Senegal, and wind projects in Djibouti and Kenya. However, a report by the Institute for Energy Economics and Financial Analysis stated that additional 200-megawatt solar farm is being built by PowerChina in Bui, Ghana as well as 244.5 megawatt De Aar wind farm being built by China’s Longyuan Power Group Corporation near Cape Town, South Africa as well as Benban Solar Farm in Egypt.

Kenya’s largest infrastructure project since independence, Mombasa-Nairobi Standard Gauge Railway, was funded by China. Ethiopia’s two railway projects and two in Nigeria have all been funded by China too.

Chinese companies are also providing plenty of goods and services to manufacturing sectors. Egypt, another big economy in Africa, has engaged Chinese lenders and contractors as it aims to build the world’s largest coal-fired power plant and also the world’s largest solar farm. For example, Jinko Solar is building a solar PV factory in South Africa and GCL announced in Egypt, increasing the companies’ access to the African market. A McKinsey report published in 2017 claims more than 10,000 Chinese companies operate in the continent.

Ethiopia’s capital, Addis Ababa has often been described as a ‘Chinese city’ as its investments from Beijing total USD 12.1 billion since 2000.

Another speculation for the intensive FDI in Africa is China’s promotion of OBOR, its Belt and Road Initiative. This may grow in importance as Africa is home to a large population of millennials. With countries developing steadily, consumption will significantly increase aiding in sales of Chinese goods.

As Africa’s population continues to grow, greater infrastructure is needed to support growth, and China is seen by many as being a first mover in capitalizing on this demand. Some Chinese interventions have been criticized as they have led to debt-laden economies, as seen in the case of Zambia and Congo.

Another large African economy, Kenya, now has USD 50 billion of debt, 72% of which is from China. On the other hand, Senegal’s USD 1.6 billion loan to build highways and industrial parks will be a huge debt in the near future.

In other cases, Nigeria paid USD 470 million for development of a grid of CCTV cameras for safety and security in Abuja, the capital. This was done by Chinese company ZTE but many were found to be non-functioning.

In 2008, the country was criticized for acquiring tax-free mining in Angola for the billions offered in infrastructure development. However, it has changed its stance by offering conventional financing options…