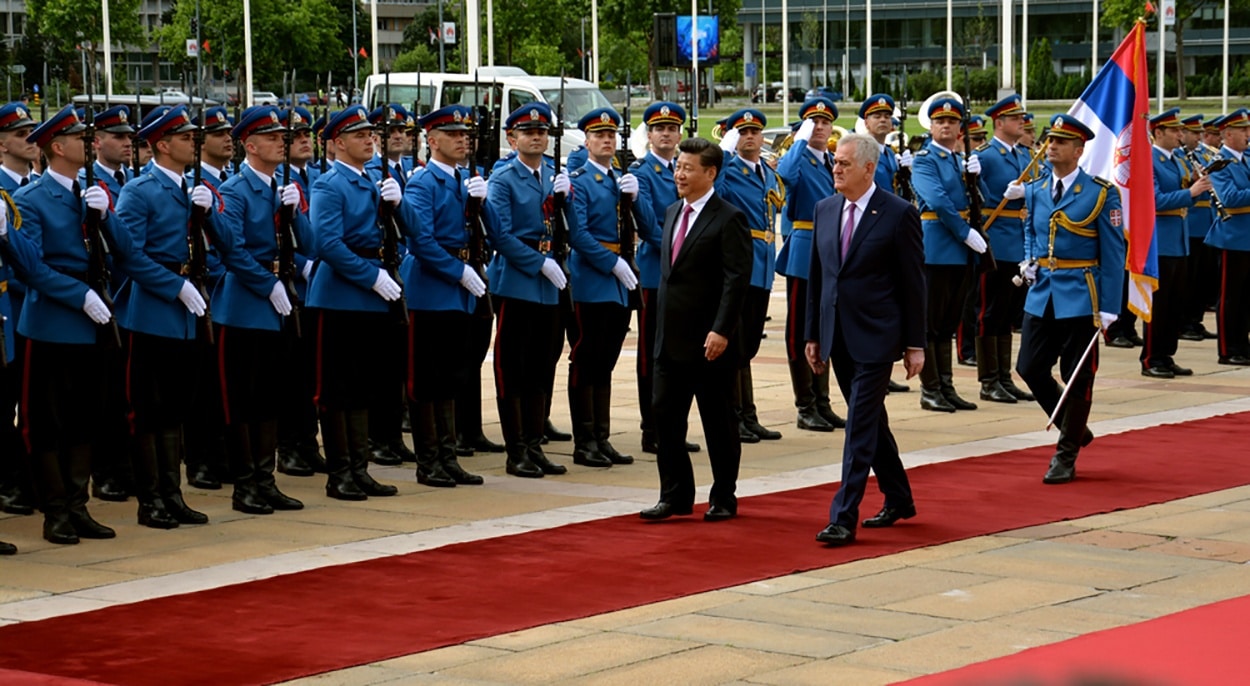 With an eye to increasing a footprint in Europe, Chinese investment in Serbia is set to increase to USD 10.3 Billion over the next decade.

Chinese Ambassador to Serbia Li Manchang says investment will rise to USD 10.3 billion in the next decade. Since Serbia opened its markets, the country has experienced strong investor interest from both the private sector as well as the public sector in China.

Manchang says that while some other countries in the Balkans have expressed discontent towards Serbia, for China, Serbia was the right place to cooperate and invest in, as well as take Serbia towards the path of development to be truly competitive among its other European neighbours.

Balkan countries are unhappy with Serbia due to their historical and political tensions between Serbia and Slovenia, Croatia, Bosnia, Hungary, Bulgaria, Macedonia and Montenegro.  Many of these tensions date prior to the first world war.

According to Manchang, China is working to improve Serbian facilities for the treatment of waste water and district heating networks. A few Chinese companies are aiming to win asset infrastructure projects USD 956 million.

The majority of investments will come under the One Belt One Road (ORBR) initiative under which both countries in 2015 signed a memorandum of cooperation.

During a visit to Kazakhstan to attend Shanghai Cooperation Organisation (SCO) in June 2017, Serbian Deputy Prime Minister Zorana Mihajlovic says that Serbia welcomes investment from China and Chinese investment may help her country to improve its status in Europe and abroad.

“Serbia is willing to promote cooperation between China and Central and Eastern European countries.  China has chosen Serbia as its partner, its biggest partner in the Balkan region. Most Chinese Balkan investments eventually flow to Serbia. We hope it can further improve our bilateral relationship. Serbia is an open country, and we are willing to cooperate with other countries, especially China, with whom we have a traditional friendship,” says Mihajlovic.

According to Mihajlovic, with help from Chinese companies, Serbia has secured the high-speed railway project from Belgrade to Budapest and the No. 11 expressway linking Montenegro and Serbia.

“Serbia has an important role in China’s ORBR project and this project cannot be realized without developed infrastructure in the countries where it passes,” says Mihajlovic.

Serbia signed two memoranda of understandings (MoU) with China Road and Bridge Corporation (CRBC) for infrastructure works with a combined value of over USD 1.7 billion in Beijing recently. The MoU includes construction of the Preljina-Pozega and Pozega-Boljare motorway stretches connecting Belgrade to the border with Montenegro and Fruskogorski Corridor, a 123 km-long road in Serbia’s Vojvodina autonomous province.

Chinese investment monitor, Rhodium Group claims that the annual investment by Chinese companies in Europe reached an all-time high of over USD 17.5 billion in 2014, with annual inflows averaging over USD 10 billion over the past four years.

In order to compete in a global economy, Serbia is keen to keep the momentum of cooperation with China in terms of investment in infrastructure, so that it may become an important regional transport hub. According to a Serbian political and economic analyst who wished to remain anonymous, one of the major benefits of Chinese investment is the introduction of new technology and human capital into Serbia.

China is eyeing the 16 central and eastern European nations, among one is Serbia, which is vying for inclusion in the 28-nation bloc as a stepping stone into the European Union (EU). According to a report by Dr. Jasna Plevnik from the Geo-economic Forum , a South East Europe based research firm, China views Serbia as a stepping tone and important partner in its 16 plus one policy.

Serbia has good relations with United States, has comprehensive relations with Russia and negotiates with the Eurasian Economic Union (EEU) on a trade regime unification, as well as being a member of the Organisation of the Black Sea Economic Cooperation (BSEC).