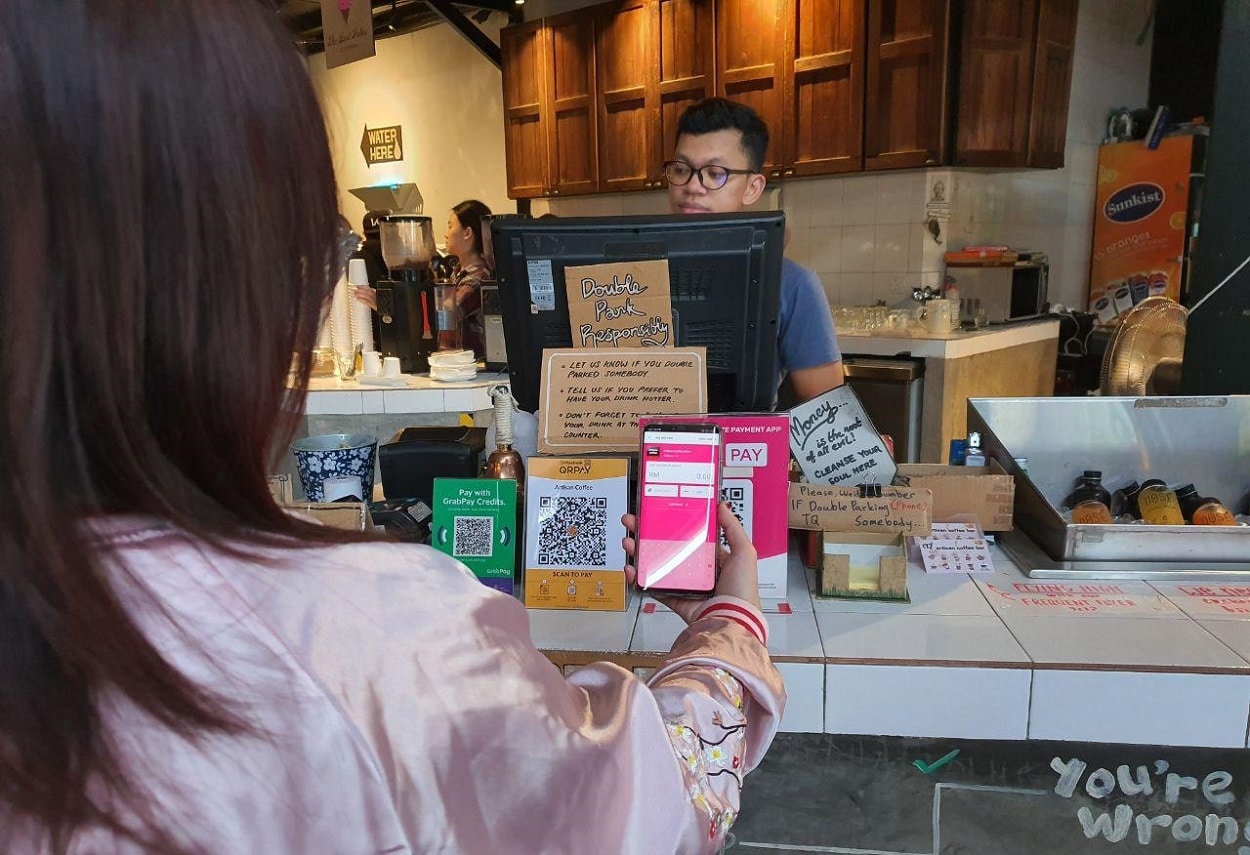 According to Alipay, with the movement of people restricted across the globe, and with the fight against COVID-19 expected to be prolonged into the foreseeable future, we take a look at contactless payments usage across SE Asia lockdowns.

In Malaysia, Thailand, Indonesia and the Philippines, Alipay claims local users have gathered donations through their e-wallets, raising more than USD 600,000 in contactless donations. These donations to charitable organizations enable vulnerable groups to immediately access the support they need, including food, masks and other protective equipment.

In India and Indonesia, Alipay claims there are nearly 50 million people who are using e-wallets to access accurate and timely information about the pandemic.

E-wallets in South and Southeast Asia including TrueMoney in Thailand, GCash in the Philippines, Touch ‘n Go eWallet in Malaysia, and bKash in Bangladesh have adapted their products quickly to help support the lives of people across the region in innovative and unique ways.

Popularity Surge in the Philippines and Thailand

For a country where cash has persisted as the dominant payment method, Alipay says the use of cash during the nationwide lockdown in the Philippines has reduced significantly. Instead, locals have turned to online and mobile wallet services for both convenience and safety. Mobile wallet firm GCash in the Philippines says it has seen a surge in the number of downloads and has ranked the most downloaded free app in the Finance category in the Google Play Store.

Since March, the most used services in the GCash wallet include Buy Load and Remittance, of which the total transaction volume has grown by more than 30%.

Thailand was among the first in Southeast Asia to introduce social distancing measures. Since March, the government has implemented a series of measures including postponing the Songkran holidays, recommending that people stay home, limiting business hours and encouraging telecommuting where possible. As a result, many businesses have had to close temporarily. Only supermarkets and F&B outlets remain open, but are limited to take-away and delivery options only.

In order to comply with the measures and to reduce the risk of infection, another mobile wallet brand TrueMoney has joined hands with popular local merchants such as 7-Eleven, Makro, CP Freshmart, True Coffee, Chester’s as well as street food stall sellers to promote contactless payment and hygiene awareness. TrueMoney’s newly-launched in-app feature “Shop Near Me” helps consumers easily locate nearby stores and place orders or requests for delivery.

With the adoption of contactless payments accelerating during COVID-19, TrueMoney claims it has seen the number of app downloads grow by 20% in recent months.

E-wallets a lifeline for those in need

While the COVID-19 outbreak continues, Bangladesh has tightened enforcement of social distancing rules and extended the nationwide lockdown. As a result, millions of workers who have been living on daily wages are now left jobless amid one of the worst global crises.

Serving around 40 million users in Bangladesh, bKash, the largest mobile financial services provider in the country, has been working closely with the government to facilitate the distribution of salaries and government incentives to workers. As most workers do not have bank accounts, bKash as an integrated platform, is helping them receive their salaries through mobile wallets. After receiving their salary, bKash claims workers can cash out from any of the 230,000 bKash agent-points located across the country, or use cashless services like Send Money, Mobile Recharge, Payments, etc.

For example, bKash claims a garment worker named Shetu, aged 28, who lives in a remote corner of north-eastern Bangladesh, used to receive her salary in person at the factory. However, since the outbreak of COVID-19 in Bangladesh, the factory has been closed and many workers were left unpaid as the majority of them do not have bank accounts. Thanks to the government initiative to disburse payments through mobile financial service providers, Shetu has been able to receive her monthly salary, enabling her to feed her family of five.

Touch ‘n Go eWallet says its also extending a helping hand to the underprivileged communities by providing a better solution for the rakyat to offer financial relief directly to local NGOs.

Touch ‘n Go eWallet says its made it a priority to highlight the plight of those in its network such as Kechara Soup Kitchen, Tzu Chi Buddhist Foundation and Generasi Gemilang. Proceeds are channeled directly to Malaysian NGOs, enabling a more effective and more efficient response to the needs of vulnerable and low income families. To date, Touch ‘n Go eWallet claims it has facilitated donations worth more than RM280,000 to a total of 22 NGOs in Malaysia.

The company says Kechara Soup Kitchen for example, was able to raise enough funds to provide food and essential items to the low-income families who have been affected by the pandemic. Single parents, elderly people living alone, and families who have lost their source of income from the low-income urban areas to the Orang Asli community in Kampong Orang Asli Lebak, Gabong, Pasir, and Bentung areas, are now receiving the help they desperately need in the form of food and health essentials.

Struggling non-Malaysians have not been left out. Tzu-Chi Buddhist Foundation, with the aid of donors, have raised funds to distribute food and health essentials including face masks and hand sanitizers which are increasingly difficult to purchase.

Entertainment at home with contactless payments

In its efforts to combat COVID-19, the Malaysian government implemented a nation-wide Movement Control Order (MCO), effective from 18 March 2020.

Touch ‘n Go eWallet users can access all the MCO Buddy lifestyle content through the wallet. Since the roll-out in early April, MCO Buddy claims it has garnered more than 100,000 views and widespread support from the local community, including fitness guru Kevin Zahri and celebrity chef Sherson Lian, both of whom are regular content contributors to the platform.

previousWork From Home Has Heavy Consensus to Remain