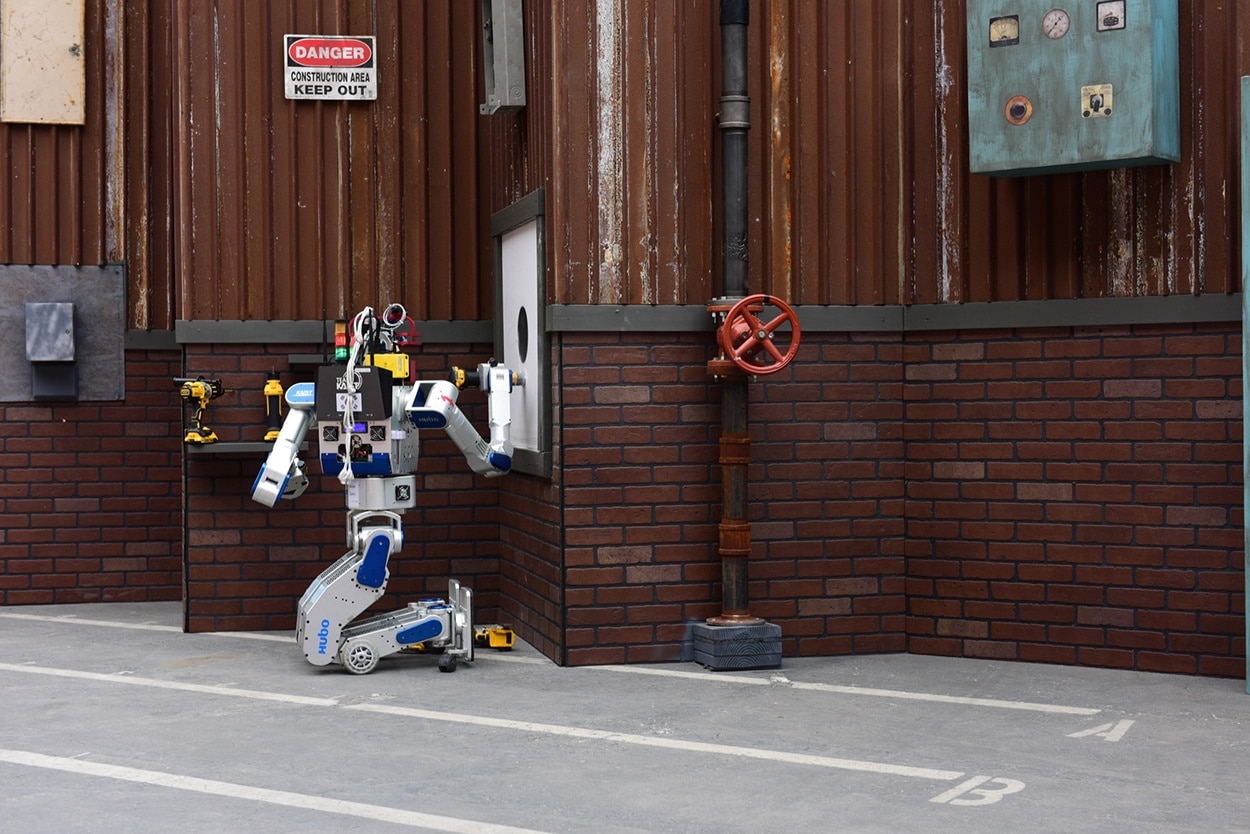 DARPA has a USD 3.1 billion budget for R&D, which is on par with big pharma and tech giants, so it is interesting to note how under the radar DARPA is. Perhaps it’s not surprising considering they invented the technology for Stealth fighters (pun intended) and O! they also invented the internet plus a truckload of other cool things we all take for granted. We take you through a timeline of their most accomplished achievements to-date. Down Periscope!

DARPA was probably one of the better institutions to emerge from the cold war. Established by US President Eisenhower in 1958 after America had a ‘we’ve lost cabin pressure moment’ with the Russians launching Sputnik, the US government felt they had dropped the innovation ball.

DARPA stands for Defense Advanced Research Projects Agency. Originally called ARPA – as there were a lot of military applications for the technology developed – defence got to add a D, so ARPA became DARPA. Not interested in incremental technological advancements, DARPA seeks out step change advancement, true transformative technology.

Some of the ‘step changes’ they have notably accomplished in this regard include:

1960 Reconnaissance Satellite, one of the worlds’ first spy satellite

1962 oN-Line System & “The Mother of All Demos” was a cornucopia of what future computing would bring with a mouse, important information displayed on monitors, hypertext links

1964 First Computer Mouse carved out of wood, visionary and also gives DARPA claim to the title of the very first Steam Punks.

1965 Project AGILE & the M16 Rifle becoming the standard-issue shoulder weapon in the U.S. military. A seminal step in this sequence took place in 1968 when ARPA contracted BBN Technologies to build the first routers, which one year later enabled ARPANET to become operational.

1969 ARPANET the ‘Prometheus’ of the Internet. A critical step in this was in 1968 when ARPA contracted BBN Technologies to build the first routers and one year later it enabled ARPANET to become operational.

1971 LAMBDA and Anti-Submarine Warfare able to track enemy subs under the open ocean, without which there would have been at least two less Tom Clancy novels

1972 New Materials and Rare-Earth Magnets. Look mum what I found/made/dug up a raft of new materials opens the door to improved technologies including the F-15 and F-16 fighter aircraft, still used today which owe much of their performance advancements to materials technologies that emerged from development programs from the 1970s through to the early 1980s.

1973 Foundation of TCP/IP, the protocol that run the internet and pretty much every device connected to any network anywhere on the planet today uses, which would be measured in the billions if not trillions.

1977 HAVE BLUE project is the Origin of Stealth Technology – think Stealth bombers.

1981 No-Tail-Rotor Helicopter (NOTAR) In the early 1980s, DARPA nurtured the development of no-tail-rotor (NOTAR) technologies, resulting in significantly quieter helicopters that could operate with a lower chance for detection.

1984 X-29: The Most Aerodynamically Unstable Aircraft Ever Built The December 1984 test flight demonstrated forward-swept wing technology for supersonic fighter aircraft for the first time. It looks like the engineer may have had a hangover the day the design was drafted and the fact that three computers are needed to do 40 adjustments a second to keep it in the air may support this theory, however the official explanation was that they were seeking out the unstable design to bring unparalleled agility, I’ll stick with my theory.

1992 You down with NPP? Yeah you know me! Non-Penetrating Periscope (NNP) was a shift to automated electronic periscope capabilities. It sounds innocuous, no doubt you have a digital camera on your phone that I can stream from too, however, up until NPP came about, having a periscope meant you had to run a massive hole through the middle of your submarine not so great for structural integrity when you need to submerge as well as the problematic of some tough interior design decisions with the periscope having to effectivity be in the middle of the submarine. Enter NPP no need to compromise the design from either a weight, structural or spatial perspective. Down side it will kill some awesome future movie tropes.

1997 Head-Mounted Displays With an eye on the future of wearable computers and other technologies that can helping soldiers in unenviable task of multi-tasking. This type of technology is the forerunner to Augmented Reality (AR)

2004 Quantum Key Distribution Network As part of the then three-year-old Quantum Information Science and Technology (QuIST) program, DARPA-funded researchers established the first so-called quantum key distribution network, which is a data encryption framework for protecting a fiber-optic loop that connects facilities at Harvard University, Boston University, and the office of BBN Technologies in Cambridge, Mass. May very well be what encrypts our data when quantum computing becomes common place and in turn crushes the computational problem of factoring large prime numbers which is used to secure pretty much everything.

2007 Autonomous High-Altitude Refuelling In an in-air demonstration in 2007, DARPA teamed up with NASA to show that high-performance aircraft can easily perform automated refuelling from conventional tankers. The 2007 demonstration was not entirely automated, however: a pilot was on board to set conditions and monitor safety during autonomous refuelling operations. If you think of the implications as we move to higher levels of automation we could be talking about drones refuelling drones.

2014 EXACTO Live-Fire Testing DARPA’s Extreme Accuracy Tasked Ordnance (EXACTO) program conducted the first successful live-fire tests demonstrating in-flight guidance of .50-caliber bullets. EXACTO rounds maneuverer in flight to hit targets that were offset from where the sniper rifle was aimed. In the future some bullets will have your name on them – yikes!

2014 Spectrum Challenge Finals on March 19-20, 2014, 15 teams from around the United States participated in the final event of the DARPA Spectrum Challenge, a competition designed to encourage development of programmable radios that can deliver high-priority transmissions in congested and contested spectrum environments.

DARPA is not your typical government funded research facility. Its researchers have only five years maximum at DARPA which is the complete antithesis of a comfortable academic tenure. Not only do you need to push boundaries and change the world with breakthroughs, you have five years to get the job done. In a timeframe like this, unlike the uninspiring spectacle of politics, DARPA attracts only the best and those willing to put themselves on the line to achieve breakthroughs that benefit us all. The time box gives a sense of urgency for achievement. DARPA is run more like a lean start-up where failure is okay if measured learning was an outcome! Packages are sometimes broken into smaller elements to test things on smaller scales before shooting big.

Fast forward to 2017, DARPA is working on a few cool projects, which may sound ‘out there’ but again, given their track record for delivery, we should expect some interesting, if not, fantastical, outcomes:

Engineered Living Materials (ELM). The goal of the program is to develop living materials that combine the structural properties of traditional building materials with attributes of living systems, including the ability to rapidly grow, self-repair, and adapt to the environment. Living materials represent a new opportunity to leverage engineered biology to solve existing problems associated with the construction and maintenance of our built environments, as well as new capabilities to craft smart infrastructure that dynamically responds to the surroundings. Brings new meaning to the term organic structure!

Mobile HotSpots. High-bandwidth communications for troops in remote forward operating locations is tricky because a reliable infrastructure optimized for remote geographic areas does not exist. To overcome the challenge of data transmission in remote areas, the Agency’s Mobile Hotspots program intends to develop and demonstrate a scalable, mobile, millimeter-wave communications backbone with the capacity and range needed to connect dismounted warfighters with bases and fixed communications infrastructure. The backbone should also provide reliable end-to-end data delivery between hotspots. The non-military applications could include re-establishing reliable communications after a natural disaster through to Netflix for a remote population in the Amazon.

Behavioral Learning for Adaptive Electronic Warfare (BLADE) program is developing the capability to counter new and dynamic wireless communication threats in tactical environments. BLADE is enabling a shift from today’s manual-intensive lab-based countermeasure development approach to an adaptive, in-the-field systems approach. The program will achieve this by developing novel-machine learning algorithms and techniques that can rapidly detect and characterize new radio threats, dynamically synthesize new countermeasures, and provide accurate battle damage assessment based on over-the-air observable changes in the threat. This is an example of self defending networks; surprised they didn’t call it HAL.

Broad Operational Language Translation (BOLT) Natural language processing technologies have the potential to enable cross-cultural communication. In October 2011, DARPA launched the Broad Operational Language Translation (BOLT) program to attempt to create new techniques for automated translation and linguistic analysis that can be applied to the informal genres of text and speech common in online and in-person communication. BOLT is aimed at enabling communication with non-English-speaking populations and identifying important information in foreign-language sources by: 1) allowing English-speakers to understand foreign-language sources of all genres, including chat, messaging and informal conversation; 2) providing English-speakers the ability to quickly identify targeted information in foreign-language sources using natural-language queries; and 3) enabling multi-turn communication in text and speech with non-English speakers. If successful, BOLT will deliver all capabilities free from domain or genre limitations.

It’s hard to read this list and not think some of this seems a bit like science fiction nonsense however, if you consider where the world was at in the early to late 1960s and told someone that they would have a computer in their pocket more powerful than the technology used at NASA they probably would have turned to you and asked, ‘what’s a computer?’

nextCory Bernardi - Coaxing Conservatives out of the Closet