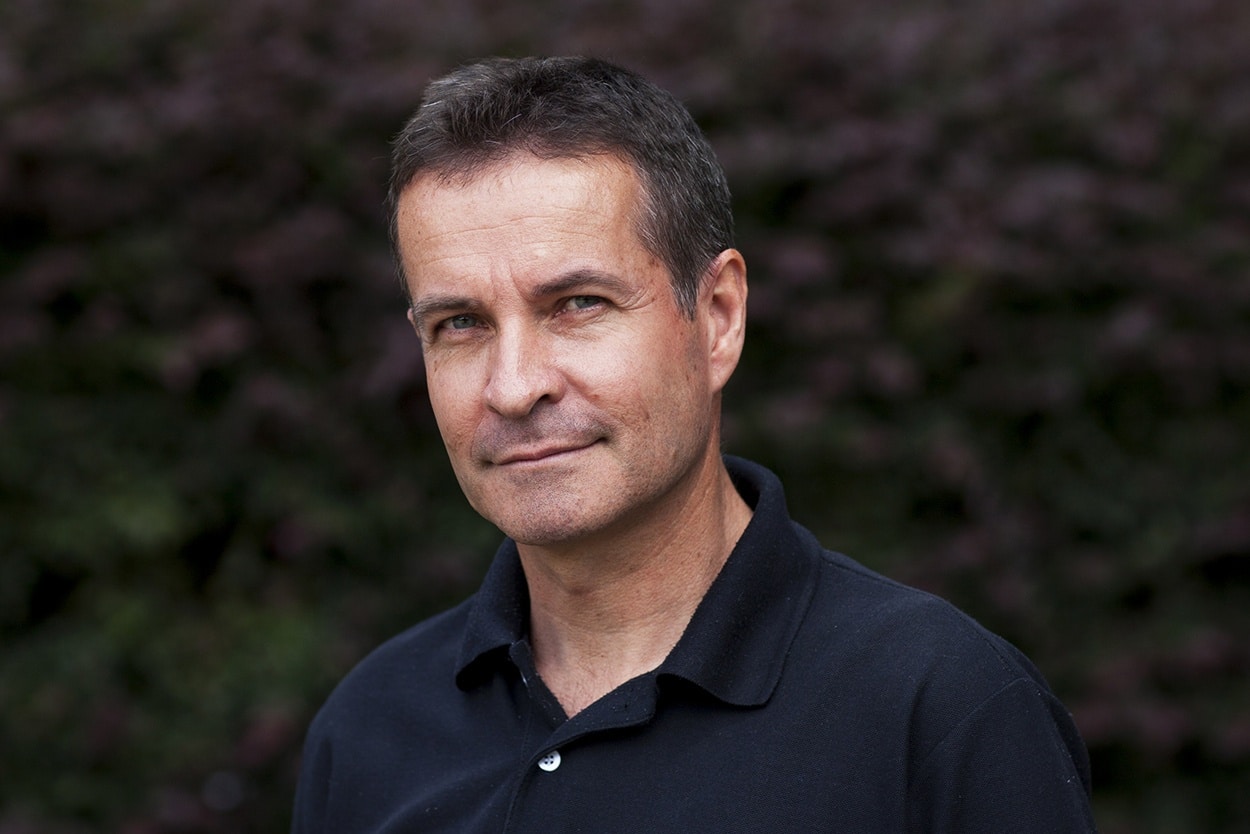 For leaders, the skills and behaviours that successfully enabled them to ‘get here’, won’t be enough to ‘get them there’. Renowned VUCA Strategist David Ross unpacks an unpredictable and hostile global landscape and argues that traditional leadership styles are no longer effectual or suited to the challenges of our times.

For many organisations, the global, regional and even local stages feel unpredictable and full of conflict. A cursory look at the last five years alone can help explain just why people have these perceptions; the last US election, the Russians and Trump. BREXIT. ISIS. Crises in Yemen and Venezuela and for the Rohingya. #MeToo. Duterte. Tensions in the South China Sea. Record breaking heatwaves, fires and hurricanes.

Things can feel so different to how they may have felt thirty years ago. And they are. We’re feeling the ripples of living in a VUCA world. Volatility. Uncertainty. Complexity. Ambiguity.

The acronym VUCA gained prominence as a consequence of its use by the US Army War College in the 1990s. The College called on the acronym to describe the changing world they had identified that existed after the end of the Cold War. The US no longer needed to focus solely on the “Evil Empire”; instead, future conflict could come from multilateral sources.

These four words come together, almost you could say, as layers to powerfully convey a world that is:

Yet, this is no longer just an issue for nations’ military forces to consider. This now has serious implications for companies, their medium- to longer-term viability and in particular, for leaders and the styles of leadership they employ.

For corporations and even government agencies, it would be only too easy to feel isolated from the concept of VUCA, that the only issues to genuinely focus on are market forces and government policy, short-term in focus. Yet, this is simply no longer the case.

There is now a need for organisations to also give authentic consideration to social and environmental forces as well. Yet, that comes from a commercial focus, rather than something “feel good”.

To explain why, let’s first consider the context, from a few perspectives, albeit briefly.

Change is continuing to grow at a significant pace. Futurist Ray Kurzweil believes that technological advancement will grow exponentially. We won’t experience one hundred years of technological progress in the 21st century; we will witness the equivalent of 20,000 years of progress, when measured at today’s rate. That’s breathtaking, even terrifying to some.

However, disruption and complexity are not exclusive to the realm of technology; it can also include social and environmental issues. Indeed, the latest KPMG global CEO survey results indicated that CEOs now view environmental and climate change as the biggest threat to growth over the next three years.

Yet, there is more change than just this. We are seeing an array of such issues on a global scale, including climate change, food insecurity, shifts in global political and economic power, rapid urbanisation, changing demographics, changes in health and wealth and finally, empowerment and divisiveness. While they are global in nature, they translate into local risks as well.

These disruptions have left many in society with a fear of what their future will look like, exacerbated by a belief that both the system and leadership, whether it be in corporations or government agencies, is failing across the board and there is an urgent need particularly for the private sector to contribute more to these bigger picture issues. This is confirmed by the Edelman Trust Barometer, which continues to highlight that trust in organisations is in crisis.

When these issues are considered in total, the impact upon corporations and government agencies could be on a scale they’ve never experienced before. Ever.

For those organisations that continue to show an apathy or even antipathy towards strategically managing these risks, it can be anticipated that their brand or reputation could be crucially – and adversely – impacted upon in a number of ways. These include being subjected to costly stakeholder outrage, the likes of which can take years to resolve, or alternatively, difficulties retaining or recruiting new staff, difficulties retaining customers, productivity losses due to absenteeism or “presenteeism”, or sizeable attention from regulators, to name just a few.

Now I’m not talking about the future; I am drawn into numerous examples of these already to strategically support resolutions.

For those organisations that take a proactive, strategic and collaborative approach to resolving or “taming” these issues, comes the opportunity for enhanced reputation, innovation, new services or products, performance and entry into new markets. Organisational advantage and indeed viability will also be better defended against than would otherwise be the case.

Whether organisations will have to focus on overcoming the “haemorrhaging” or obtaining competitive advantage from being seen as innovators depends on you, the leader and how you respond.

As there is this powerful and constant change that is anticipated to continue, so too there is a need for leaders to be adaptive and agile in their style. Why? Put simply, there is a need for leaders to appreciate that old forms of leadership – and old ways of thinking – are just no longer appropriate in a VUCA world and need to be questioned. Otherwise, they will exacerbate volatility, unpredictability and poor management of risks for organisations.

From an organisational perspective, Crossan et al. observe that leaders will have responsibility for pulling some hugely disparate elements together in order to present the big picture to staff and enable alignment of the organisation, its strategy and the complex environment in which it finds itself in (ie not just market forces). Now, that’s difficult at the best of times.

Yet, in a VUCA world, that means not only making sense of a multi-perspective and multi-paradigmatic world, but also being able to create meaning for affected stakeholders, internally and externally, conveying lived organisational values and a shared vision. Crafting clear stories as an input to strategy development will be vital. So will establishing strategies, for example as rules rather than detailed and hefty plans, in order to enable staff to self-lead and be empowered to make strategic decisions in such dynamic environments.

From a team perspective, it means accepting that leaders won’t always be expected to have the answers and lead at all times as they will have real awareness of their strengths – and the areas they do not have expertise or experience in. Shared leadership, as uncomfortable as that may initially be, will be required. This will allow those who have knowledge and strength in a particular issue to take the lead, irrespective of their position in an organisation, and obtain better results than would otherwise be the case.

With respect to the authentic leadership required when leading others, Peterson and Seligman identify a number of traits that will be required in a changing, dynamic world. While some of these aren’t a surprise – including a love of learning, curiosity, open mindedness and integrity – some may feel uncomfortable to the command and control leader and possibly even the transformational leader who charismatically draws people to follow their vision and direction, alone. These include social intelligence, citizenship, humility and gratitude. Certainly, these may seem the antithesis of what has made a strong leader, traditionally; yet, in a VUCA world where increasingly well educated stakeholders expect that an organisation’s vision and values should be something that they can connect with, leaders will need to have embedded almost in their DNA the ability to comfortably understand and respect “the other”.

Arguably, the greatest challenge for the leader is from within as strategic thinking, doing and being on the part of the individual leader needs to evolve to a new level. In order to make sense of an organisation’s context, leaders must be open to different views and ways – as observed above – in order to challenge the wider organisation to change, respond and be resilient.

Yet, for many leaders, that will not only be a significant challenge, but from my experiences coaching and advising leaders on sharing control, it can also be potentially very threatening. Resilience, organisational and personal, will require compassion, empathy and the ability to collaborate and even question dominant and indeed, very personal worldviews, beliefs, assumptions and blindspots.

It means enhanced emotional intelligence and self-awareness. And we need it like never before.

Organisational continuity is no longer a given; instead, discontinuity is a real threat. To navigate the change that organisations must face, rather than simply looking outwards, we as leaders must also look within. Those who do not will eventually go the way of other dinosaurs as they become a hinderance to their organisations.

In a period where society grapples to make meaning under the weight of history and the push of the present, then leadership needs to be more than a means by which followers are engaged – or forced – to fulfil the vision and values of a select, charismatic (or otherwise) few. At a time when leadership capability is already under question and has been for some time, in a VUCA world we must, instead, embrace a more participatory, understanding style.

Again, it is important to reiterate that this is not some “feel good” decision but rather, should be based on a purely commercial decision as to how to protect an organisation’s reputation, performance, value to shareholders and even its viability.   It may potentially be a paradox that enhanced risk management and organisational resilience will come from sharing control with stakeholders who never held an organisation’s respect historically and consequently, facilitating organisations to learn ahead of time, as it were.

By drawing on truly critical and compassionate thinking and an authentic, collaborative mindset, strategic leadership will enable informed clarity of the connection between an organisation’s preferred future in a VUCA world and the present, facilitated by a greater understanding of our context and indeed, ourselves.

(Ed. VUCA Strategist David Ross is the founder of Phoenix Strategic Management based in Sydney, Australia. Ross is a well-respected strategist in the APAC region, advising blue-chip brands for the past 30 years on taming their most complex social and environmental issues.)