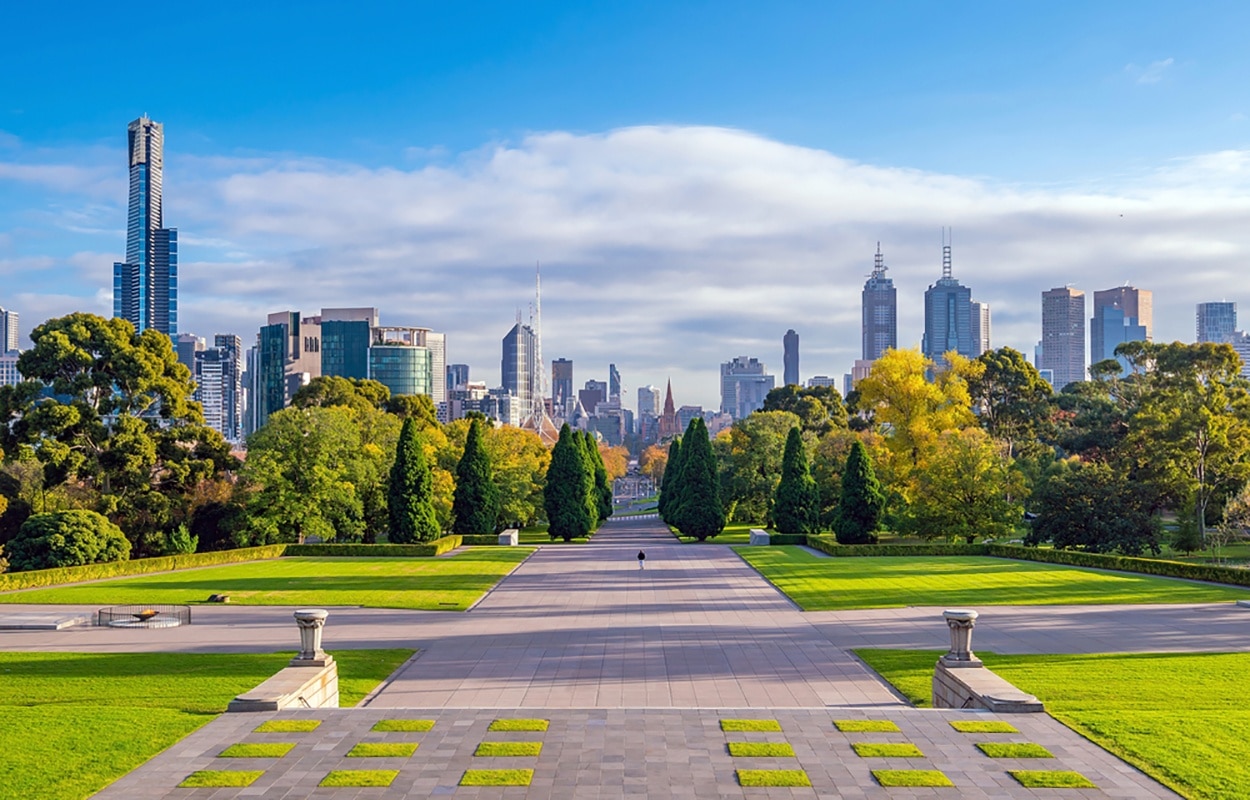 With over 70 per cent of the world’s population predicted to  live in city centres by 2050, we chat with 100 Resilient Cities Regional Director of Asia Pacific Lauren Sorkin and other urban planning leaders in Australia on how CBD hubs globally can better manage challenges that arise from over-development and over-population.

Investing in urban resilience helps ensure a city’s vitality for the benefit of all citizens.

Resilience proofing cities may be a challenging concept to grasp, particularly if one is engaged in civil works such as roads and building construction. Yet making a city resilient is about developing tangible strategies to inform the market place and improve the lives of the marginalised, poor and vulnerable in our cities.

The idea that building resilience, realises benefits in times of both crisis and calm, is central to the idea.

For cities to thrive under these conditions, urban planners need to first gain an understanding of the challenges these types of urban landscapes demand. Prioritising issues which are most important and developing interventions to solve related issues concurrently is critical. However, it’s not an end state, but a process that strengthens the underlying fabric of a city to be prepared for challenges it anticipates and to prepare for those it cannot.

When the Rockefeller Foundation wanted to help cities around the world build their resilience to the economic and social stresses that undermine city life, they provided an USD 100 million commitment and invited 100 cities worldwide to participate.

On the eve of its fifth-year anniversary, 100 Resilient Cities (100RC) has generated a global practice of resilience proofing cities, spanning the globe from Africa to Asia Pacific, to Europe and the Middle East, to Latin America, the Caribbean and North America. Melbourne joined the 100RC movement in 2013 and Sydney followed in 2016.

Resilience, as defined by 100RC, assesses the capacity of individuals, communities, institutions and systems within a city to survive, adapt and grow no matter what kinds of acute shocks and chronic stresses they may face.

Shocks typically consist of single event disasters such as fires, earthquakes and floods, while stresses pressure a city on a daily or recurring basis and can include overtaxed transportation systems, high unemployment, endemic violence, ageing infrastructure and lack of affordable housing.

In view of these stress points, we asked 100RC Regional Director Asia Pacific Lauren Sorkin on what kind of approach is best to tackle the demands of increasing urbanization.

“Building urban resilience has reshaped how our cities operate and increased collaboration to focus on multifaceted problems rather than separate program areas. If you were to do it individually, you would wear yourself out, that’s why collaboration is so important – collaboration across a wide array of stakeholders and countries,” says Sorkin.

Not to be confused with sustainability, which concerns itself with a city’s relationship to its natural environment and the impact on it, urban resilience is about people as much as it is about disruption.

In looking at the big issues facing leaders in 2018, a KPMG report found that governments and the private sector recognise that competition in this century is no longer between nations – it’s between cities, as ‘place’ becomes the defining consideration for crucial consumer and investment decisions.

Yet the reality is the rate of change in cities – in terms of population size, demography and infrastructure – is increasing the complexity of managing and operating cities well. This change is not particular to Australian cities, but part of a rapid trend globally as urbanisation, globalisation and climate change take a stronger foothold.

City of Sydney Deputy Resilence Officer Kristin Gabriel says staying ahead of the trend means a keeping a strong reliance on diversity.

Gabriel is one of 84 Chief Resilience Officers (CROs) around the world whose role is to activate and strengthen collaboration and communication among businesses, non-government organisations, and regional and national government to focus on the city’s challenges, build support for initiatives to create a holistic strategy.

“Resilience of our city, environment and economy relies on diversity – marrying communities, government and business to all participate in decision-making in order to provide workable solutions. Resilience fills in the gaps not answered by other activities, and, it places people at the centre,” says Gabriel.

At this point we might wonder how we turn ideas we can’t physically touch into something that inspires us, our communities and cities in the longer term.

First, there is a need to understand the ecosystem in which the problem sits, including Government incentives, policies, and market-forces. Once these are understood then interventions can be defined, scaled and become sustainable. It also relies on philanthropy working collaboratively to forge cross-sector coalitions to build common ground and tackle the big problems.

For Sydney, the resilience strategy centres on growth and ageing infrastructure, combined with frequent heat waves that are spurring innovation in the bustling metropolis. With a population of over 4.6 million and growing, its ageing and sometimes obsolete utilities infrastructure will become ever more serious. We’ve already seen the demise of its power grid with older energy sources polluting more and nearing retirement.

Having undertaken a risk assessment to respond to the increasing frequency of extreme heat, City of Sydney is thinking about how to alleviate the magnified impact of concurrent problems, such as power disruption, public health needs, and lost productivity during such disasters by launching its first resilience strategy in May 2018.

As people are at the heart of cities, collaboration between citizens and global and local partners from the private, non-profit and academic sectors become paramount in shaping solutions and leveraging resources holistically.

Launching Australia’s first resilience strategy, Melbourne was one of the first 32 cities to join the 100RC movement.

According to CRO for the City of Melbourne Toby Kent, taking the time and effort to create a plan for Melbourne was a sound investment, especially when cities constantly find themselves reinventing the wheel.

“For Melbourne, this required looking at how to mobilise the city when some people are comfortable yet prosperity and livability are not quite on par…resilience is intrinsic to humans, and complacency is the biggest risk,” says Kent. “Developing a strategy was critical as the working poor and disadvantaged were ignored and inadequately considered. However, Melbourne  [generally] is one of the world’s most livable cities”.

Defining a resilience strategy provided Melbourne with a roadmap. By engaging over 1,000 community organisations, 250 businesses and 32 metropolitan councils, two key projects emerged – the development of a metropolitan wide urban forest and a cycling network.

As Melbourne is predominantly flat and the cycling journey is less than four kilometres, the cycling network provides safe and easy access. Combined with the urban forest, which provides a flood barrier, it also serves as part of the cycling network, promotes healthy citizens and a more cohesive community.

Although our natural inclination is towards the tangible and real, resilience proofing our cities is about changing the context in which we operate. In Sydney and Melbourne, there are a range of initiatives from infrastructure projects to wellbeing programs generating change.

For cities to be resilient in the future, it will require us to address racial and cultural blind spots alongside providing insight to better urban planning on a larger scale; which ultimately, will make our cities more desirable spaces to live, work and play.

previousIndian Bilateral Trade to Benefit from China and US Trade War