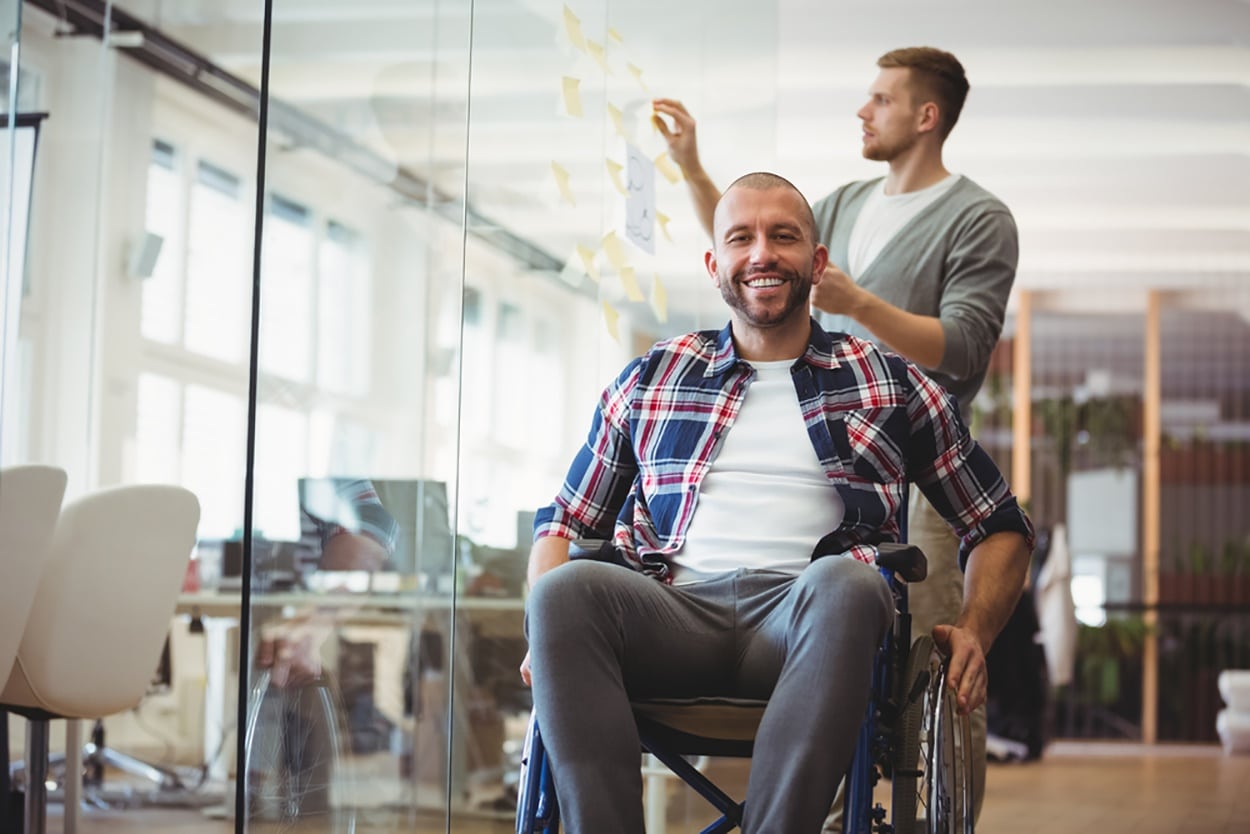 Disability inclusion should be a priority for organisations not just because it is right to do so, but because it makes commercial sense and is good for the economy.

There is plenty of anecdotal evidence that suggests organisations have actively resisted employing people living with disability due to fear of incurring additional costs to cater for special needs and the perceived notion that productivity is reduced. However, taking time to be informed on the organisational benefits of hiring people living with disability, and what pro-inclusion policies actually require, may help change such mind-sets.

According to the UK Office for National Statistics, nearly eight million people of working age in the UK have a disability, However, figures from the Office for Disability Issues show that fewer than half of people living with disability are in full-time employment.

A similar US report published in 2015 claimed 11 per cent of working-age individuals identified themselves as having some form of disability, but full-time employment among this group was only 35 per cent, that is, more than one million individuals reported to be actively seeking work, but were dependent on Government grants and support.

While the economic benefits of adopting a disability-inclusive approach are widely acknowledged, these benefits are complex and difficult to quantify. As a result, few empirical studies provide a sustained analysis. Employing people with disability is good for the economy as the government will have to spend less on supporting the unemployed, thereby having a positive net impact overall.

Inclusion also helps organisations to respond to future talent shortages. In the current economic climate where employers complain of skills shortages, paying attention to and embracing people living with disability by adopting pro-disability inclusion policies, provides organisations access to talent that others may overlook. In a survey by PricewaterhouseCoopers, employers in the UK along with western European countries expressed concerns about the lack of skilled employees in the labour pool. Again, adopting a pro-inclusion approach for a substantial proportion of the talented, working-age population will go a long to address skills shortages.

When businesses let their customers know that they value and embrace diversity they are better able to serve and understand the customer needs; this goes a long way to building a stronger reputation in the market, as well as make the organisation a more desirable employer of choice. Numerous studies support the idea of inclusion and suggest that diverse, heterogeneous teams help promote creativity, innovation and better decision-making.

Organisations that trust, engage and are open about disability, launch a proactive dialogue, change dynamics and become a connector to win the marketplace. By maximising the well-being and contributions of people living with disability, businesses can leverage it for building positive brand equity.

Being disability-aware begins by understanding human capital and the market reasons that drive greater inclusion. In the United States, more than 56 million people identify themselves as having some form of disability, according to the U.S Census Bureau. Companies are actively identifying people living with disability as a potential market to tap into by creating products and services that cater to all.

Organisational policies which are fair, accessible, and functional for all plays a critical role in generating meaningful inclusion for everyone. Such policies need to be carefully planned for the provision of reasonable accommodations. Policies should be designed to identify and remove physical, communicational and attitudinal barriers that hamper an individuals’ ability to have full participation in organisational activities.

At the core of every policy concerning disability is the willingness to make certain accommodations. In an organisational context, a reasonable accommodation is defined as any change or adjustment to a job, the work environment, or the way things usually are done that would allow an individual with a disability to apply for a job, perform job functions, or enjoy equal access to benefits available to other individuals in the workplace.

The practice of negotiating and providing accommodations is an additional opportunity for creating a sense that the managers or colleagues are behaving fairly, reasonably, and respectfully towards employees with disability.

Accommodations may be viewed as productivity enhancers. More than half of the requested workplace accommodations cost nothing. Having an accepting attitude coupled with a perspective shift is all that is required for effective implementation.

Specific accommodations such as scheduling flexibility, allowances in dress code rules or allowing somebody to adjust work schedules to go to medical appointments and complete their work at alternate times or locations, sit or stand when other positioning is customary do not require any additional costs.

Other accommodations such as creating a provision to provide notes to blind employees in an accessible format to suit the person’s assistive technology, providing handwritten notes to employees who are deaf to keep up with the company’s training or providing ramps and lifts for those with a physical disability, are low cost and easy to implement.