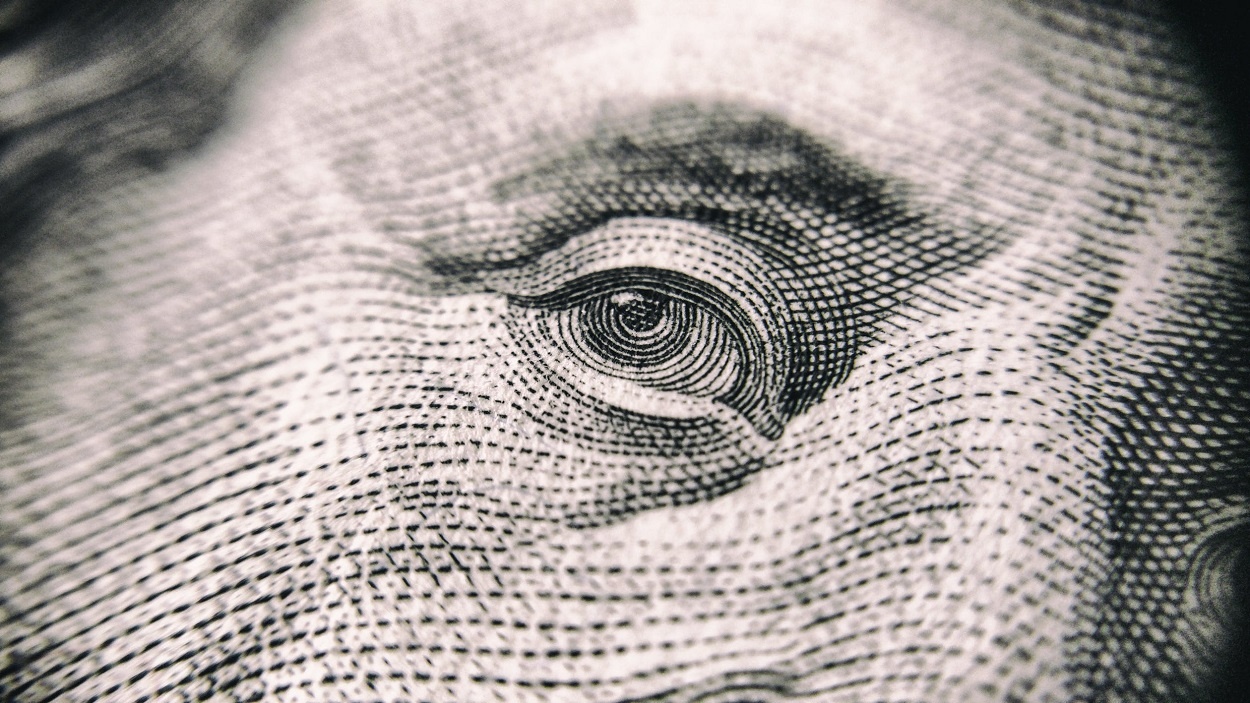 Moven Bank CEO Brett King discusses financial mobilization trends and argues that the path to global financial inclusion was never going to be achieved through a branch.

When Cosimo Medici founded the Medici Bank in 1397, little did he know that it would change the way commerce was conducted globally for centuries to come. For the next 550 years banking hardly changed at all. But when the Stanford Research Institute, under contract from Bank of America, built the first mainframe computer designed for bank bookkeeping and check processing, it was the start of a decade’s long transformation of banking and financial services around both core technology and customer practices.

In my recent book Bank 4.0, I showed how these changes are accelerating and how both digitization of industries at large, along with technology-first providers continuously attacking friction are leading to a transformation of the entire banking sector globally. Starting with the introduction of self-service and Internet Banking capabilities in the 1980s and 90s, through to the use of AI, Augmented Reality and voice technologies that we’re seeing the early stages of today.

In 2014 I predicted that by 2025 branches in western economies would be around 70% of their pre-digital peak. That estimate seemed aggressive back in 2014, but today with the impact of the CoVID-19 virus, it looks increasingly likely. More important than that, by 2025 most people with a basic value store of digital money (like a mobile wallet or super app), will have never seen the inside of a bank branch. That’s because the next 2 billion people we bank won’t ever have visited one.

In 2005 if you lived in Kenya there was a 70 percent chance you didn’t have a bank account, nor could you store money safely and likely your savings were non-existent. Today, if you’re an adult living in Kenya there’s a 98 percent likelihood that you have used a mobile money account (stored in your phone SIM), and that you can transfer money instantly to any other adult in Kenya. Today, data shows that Kenyans trust their phone more than they trust cash in terms of safety and utility, with people sewing sim cards into their clothes or hiding them in their shoes so they can more safely carry their money with them. This is all possible because of a mobile money service called M-Pesa, created by the telecommunications operator Safaricom. According to The Economist – A new East Africa campaign (2015) today at least 40 percent of Kenya’s GDP runs across the rails of their mobile money service called M-Pesa. According to a segment on BreakingBanks Fintech Radio Show, Safaricom CEO Bob Collymore claims:

“We’re currently sitting at about twenty-two million customers out of a total mobile customer base of about twenty-six million. Now, if you take the population of Kenya as being forty-five million, half of whom are adults, you can see we’re capturing pretty much every adult in the country. We are transmitting the equivalent of forty percent of the country’s G.D.P. through the system and at peak we’re doing about six hundred transactions per second, which is faster and more voluminous than any other banking system,” says Collymore.

When it comes to financial inclusion, Kenya has done more to improve the lot of its populace in the last 10 years, than the US has done in the last 50 years.  Indeed, Kenya today has a higher rate of financial inclusion than the United States – a mind-blowing and clearly inconvenient statistic. In the US the Federal Reserve reports that approximately 20 percent of US Households are unbanked or underbanked, whereas 97% of the Kenyan adult population has access to a mobile money service that acts as a basic bank account or value store. Despite a decrease of 12% in branch numbers since 2008, the United States remains one of the highest branch density economies of the world. How can it be that the country with the second highest per capita density of bank branches in the world still has one fifth of their households underbanked? The answer is identity and lack of mobile adoption.

One of the primary causes of financial exclusion today isn’t simply access to banking, but access to the identity documents that are required for opening a bank account. Since 9/11 in the United States, documentary requirements to open a bank account have become stricter, in line with the Patriot Act and the Customer Identification Program (CIP) enshrined in US banking law and regulations. However, more than half of the US population doesn’t have a passport (42% as of 2018), and only 76 percent of the population has driver’s license. Even if you can get to a bank branch, between 20-25% of the US adult population would not qualify to get a bank account.

In India up until 2014 less than 30 percent of the population had a bank account. The Reserve Bank of India had tried increasing branch access, in fact, they put in place regulations that meant growing banks in India who wanted to deploy new branches had to put 1 in 4 of their new branches in rural areas not currently served by a bank.

As of 2018 more than 1.2 billion Indian nationals have been enrolled in the Aadhaar identity card program. That’s a whopping 88% of the Indian population. The effect of identity reform in India is that the number of those included in the financial system has skyrocketed. The segment of the population most excluded in the old banking system, lower income households and women, have seen 100% year-on-year growth every year since the Aadhaar card initiative was launched. As of 2015 more than 358 million Indian women (61%) now have bank accounts, up from 281 million (48%) in 2014. This is the biggest single jump for ‘banked’ women among eight South Asian and African countries.

At the same time PayTM, the largest mobile money service or mobile wallet app, in India has exploded. Back in 2016 PayTM aimed to have 250 million users by 2020, but they are already more than double that. Branch activity has continued to decline in India.

The benefits of financial mobilization are numerous. In Kenya where approximately 48.76% percent of GDP flows through m-Pesa, Kenyans are reported to be saving up to 26 percent more today than when they only used cash. 60 percent of Kenyan’s trust m-Pesa more than cash today as a result. Crime is down, savings are up, but the more interesting effects are in response to poverty, credit access and employment.

According to MDPI Research (2019), access to mobile money lifted 2% of Kenyan Households (194,000 families) out of extreme poverty, 185,000 women out of subsistence farming into business, and increased access to basic credit facilities for starting a business or dealing with emergencies[v], as examples.

In China the use of facial recognition technology along with mobile payments capability has transformed the economy in just six short years. Despite the difficulties of the #CoVID-19 pandemic, China’s citizens have remained productive financially because of a very strong mobile financial services capability built on top of Ant Financial’s AliPay and Tencent’s WeChat Pay. In 2019 mobile payments in China exceed USD 31 Trillion, almost 30% higher than the estimated USD 23 Trillion in plastic card payments globally. Yes, that’s right, China’s mobile payments transaction exceed the entire world’s transactions on credit and debit cards.

If you are a bank emerging from the Coronavirus crisis then, what should you do?

One thing that has become glaringly clear during CoVID-19 is that as a result of reliance on physical branches, most major banks neglected building real engagement capabilities with customers in the digital sphere. We focused only really on acquisition of customers (revenue-side) and self-service capabilities which reduced costs to the bank – we didn’t see value in engaging customers digitally when they could do that in a branch, and where it was a strong use case for ongoing branch relevance. But challenger banks have come through CoVID-19 with much stronger perceived engagement and service metrics from traditional players, that is because their tone of communications, their ability to respond to critical service issues and adapt in terms of offerings have all stood out above traditional players.

Secondly, most challengers and startups in general have found working from home a trivial matter, and they’ve appeared to weather this storm much better than traditional players also. Twitter announced it was making working from home optional moving forward, and many companies will find their large retail office spaces increasingly questioned in an arena where telecommuting has become critical and strongly viable. In fact, many organizations have found productivity increases have come with employees working from home too. But this is a radical shift from compliance heavy structures we find in banks still reliant on 20th century organizational thinking.

By 2030, it is anticipated that more than 90 percent of the world’s population will have access to the internet through a smart phone. Smart phones are increasingly cheaper and cheaper to manufacture and deploy. Today brand-new basic smartphones can be found on the streets of India, South Africa and Nigeria for under US 50. By 2030 it is expected that such devices will be available essentially for free with basic subscription services for access to the Internet. It’s expected that tech giants like Facebook, Google, Tencent, Alibaba and Amazon may move to give away smartphone access to individuals who subscribe to basic services through their infrastructure. By 2050 access to basic internet infrastructure will be all but ubiquitous across the planet, meaning everyone will participate in the digital economy. Cash won’t be illegal; you just won’t find anywhere to use it – at least that’s what William Gibson predicted in his book Count Zero (1986)-

“He had his cash money, but you couldn’t pay for food with that. It wasn’t actually illegal to have the stuff, it was just that nobody ever did anything legitimate with it,” wrote Gibson.

Will branches still exist? Yes, but you won’t need them to do banking, in fact, banking will be smart, real-time and embedded in your life. To think that banking will still be done dominantly in branches instead of on our smartphones, would be ludicrous. That isn’t even the situation today. Mobile banking transactions outnumber branch interactions by 10,000:1 globally today. But the path to global financial inclusion, was never going to be through a branch. The smartphone has halved financial exclusion in just 10 years. It took banking 500 years to reach the same level of financial inclusion that the smartphone achieved in a decade.

previousMobile Banking Apps and the Battle for Immediacy

nextSustainable Finance and its Future in Asia