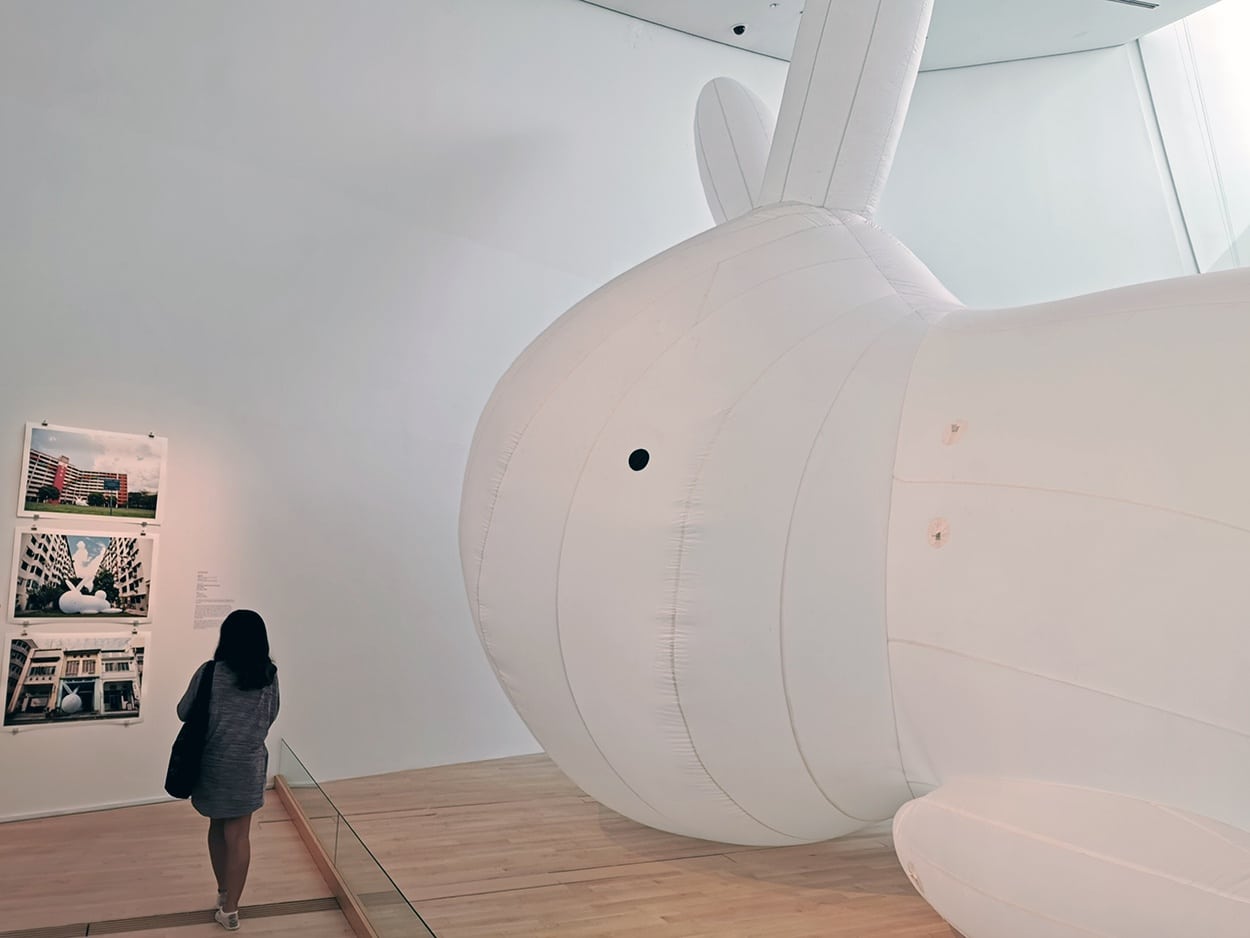 ArtScience Museum invites us to drift into Floating Utopias, a new exhibition exploring the history and function of inflatables through the works of local and international talent from 25 May to 29 September 2019.

Ever since the first hot-air balloon ascended into the skies in the 18th century, inflatable objects have inspired the public imagination. Floating Utopias is a playful and poetic exhibition that explores the social history of inflatable objects; how they have been used in art, architecture and social activism over the decades.

According to Executive Director of ArtScience Museum Honor Harger, Floating Utopias explores how this pivotal invention shaped the way we understand the world and our place over the past few centuries. The exhibition explores inflatables from the18th and 19t­­­­h century and its inspiration on modes of travel, communication and scientific innovation. It charts a new generation of experimental inflatable structures in the 1960s and delves into the work of artists who utilised inflatables in unexpected ways.

“Floating Utopias combines poetry and politics, pedagogy and play, technological innovation and artistic ingenuity. At its heart, Floating Utopias is a series of encounters with breathtaking floating artworks which dramatically occupy ArtScience Museum’s striking curved gallery spaces. Sculptures are suspended in the air, compressed into uncomfortable spaces, sloped at unusual angles, and set adrift within the museum. The artworks on show variously inspire, disrupt, constrain, and embolden visitors to explore the history of inflatable objects, their social functions and how they have changed the way we look at our world,” says Harger.

Floating Utopias Foundation Curator, Artúr van Balen says the exhibition details how inflatable objects have been used effectively for political purposes, historically in State parades and spectacles, and in more contemporary times, by activists as tools for protest.

“Floating Utopias navigates through the broad cultural history of inflatable art and architecture. It reveals the impact inflatables have had on the collective imagination. Throughout history pneumatic objects opened up new technological possibilities, thus becoming a projection surface for utopian visions. Inflatables bear a transformative aspect in themselves: formless bundles of material become instant voluminous spaces. Their light, mobile and ephemeral quality encourages people to be both playful participants and dazzled spectators. The instant, disruptive monumentality of inflatables allows us to question hierarchical power structures by reminding us that after all, everything is temporal,” says van Balen.

The exhibition Floating Utopias was originally developed and exhibited by the Floating Utopias project group at the neue Gesellschaft für bildende Kunst (nGbK) in Berlin in 2018. The nGbK was founded in 1969 as an art organization with a grass-roots structure which enables its members to directly influence all operations.

Another key work is a social sculpture, Mirror Barricade (2016), consisting of 18 silver reflective inflatable cubes, created by the group, Tools for Action (Artúr van Balen and Tomás Espinosa). The cubes can be assembled within seconds to form a barricade.

SurvivaBall (2016) by The Yes Men is a series of inflatable suits that may look humorous and playful but carry a serious message about how humanity might have to prepare for future climate disasters.

World renowned Argentinian artist Tomás Saraceno is present in the exhibition with the Aerocene Explorer, a personal solar-powered flight kit. The installation urges visitors to think about the possibility of environmental-friendly air travel that is energy independent.

“It’s ironic to say that this work was never about a rabbit. Walter has been in 38 different locations across Singapore over the past ten years. His purpose is to insert something surreal into environments that so ordinary, that had he not been in them, they would be spaces that are overlooked. We have a tapestry of local flats and heartland enclaves that really reflects the heart of Singapore. When you Google Singapore, you probably would see Marina Bay Sands or the Gardens but it’s such a small fraction of what our visual landscape and architecture is. Walter is an endeavor to retrain people’s eyes to look at our city with a sense of wonder,” says Ng.

The exhibition culminates with a section that explores how inflatable objects have opened up a new direction for scientific research, sparking mankind’s imagination to travel beyond Earth and into space.

To commemorate the 50th anniversary of the Moon Landing in 1969, ArtScience Museum commissioned UK artist, Luke Jerram to create a new version of the stunning inflatable installation, Museum of the Moon. Measuring six-metres in diameter, the massive lunar sculpture features detailed, high-resolution NASA imagery of the lunar surface. The 3D moon will hang just above viewers’ heads, compelling visitors to come close and circle the installation as each angle of the moon is different. Earlier versions of this piece were shown in the Natural History Museum in London, and the Beijing Olympic Water Cube.

Stichting Floating Utopias (SFU) was brought to life in 2018 in Amsterdam by a group of artists and curators. The foundation aims to underline the unique and underexposed social impact of inflatables. With a traveling exhibition, educational projects and a growing archive, SFU brings to light the cultural history and innovative power of inflatable art, architecture & design.

nextDigital Ethics Top of the Boardroom Agenda for 2020