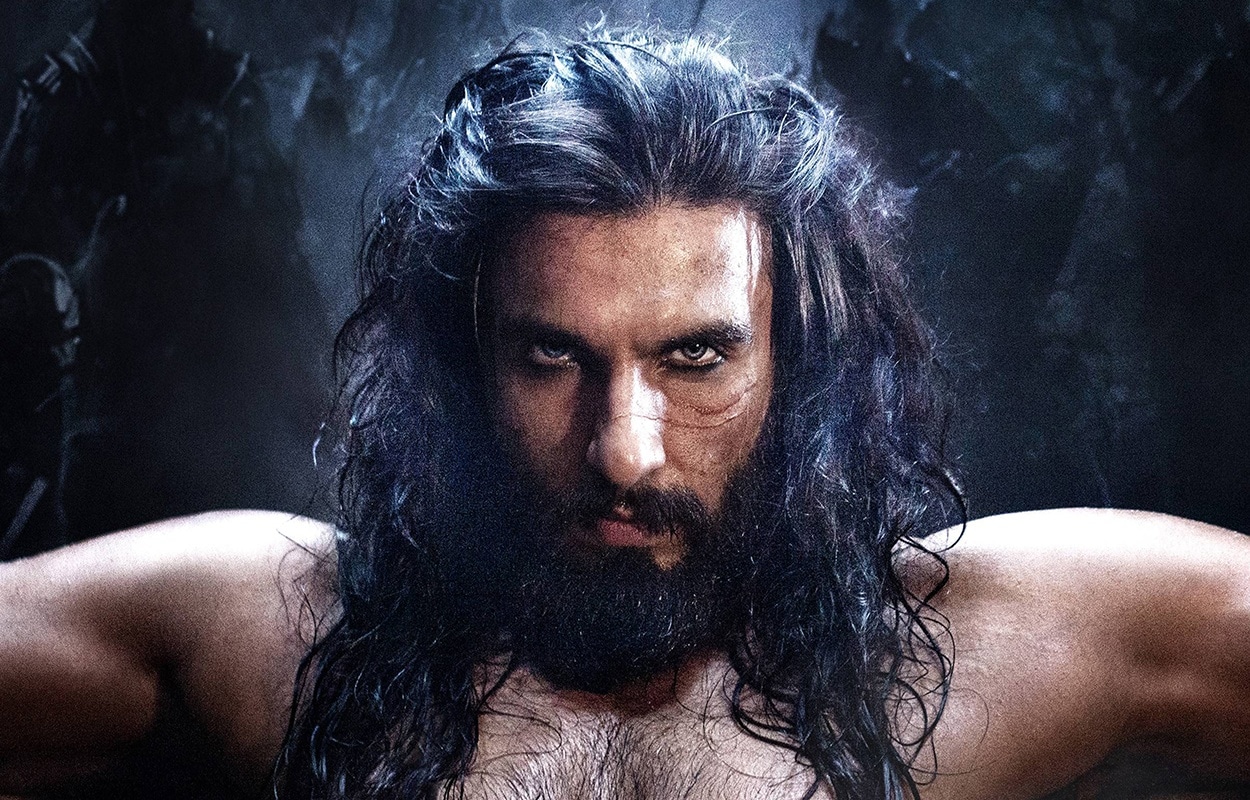 Almost four decades ago, Captain Dheerendra P. Agarwal founded Deepeeka, a company that would go on to become a well-respected brand among film antique reproduction manufacturers in India. He passed the baton on to his eldest son, CEO Gagan Agarwal in 1995 whom has since taken the company to the world stage. We chat about his company’s involvement in the recently released, highly controversial Bollywood film Padmavati.

After entering the entertainment props business in 1995, Trio Gagan Agarwal, along with his two brothers Gaurav and Gautam, continue to build on their father’s legacy at Deepeeka, producing period reproductions for Hollywood feature films such as Gladiator and the TV series Spartacus. Most recently, Deepeeka created bespoke reproductions for the controversial feature film released on 25 January 2018, Padmavat.

Padmavati, originally titled Padmavat, depicts the relationship between a 14th Century Hindu queen belonging to the Rajput caste from the state of Rajasthan and the Muslim ruler Alauddin Khilji.

The film is an adaptation of an epic poem titled Padmavat, written in 1540 by Indian Sufi poet Malik Muhammad Jayasi. It is believed that when Mughal ruler Ala-ud-din invaded Rajasthan, Padmavat, along with her, thousands of followers committed suicide.

Padmavati is revered in Rajasthan. Extremist Hindu groups attacked the film sets twice, manhandled the director and threatened to vandalise cinema halls and burn properties if the film was released. It was banned in eight states in India. While the supreme court stayed the ban last week, protesters and some local Government authorities asserted they would not allow the film to be released on 25 January 2018. However, last week, the supreme court cleared the film’s release and overturned the decision by four states to ban its screening.

In response, protesters torched buses and vandalised a theatre in the western state of Gujarat last Sunday. Despite the court ruling and tightened security, theatre owners in the state have decided against screening the film due to a fear of escalation in violence.

Hindu groups and Rajput caste organisations who opposed the release claims the director had taken liberty with historical facts and portrayed the queen in the wrong light, alleging that the film, directed by Sanjay Leela Bhansali and featuring popular Bollywood stars Deepika Padukone and Ranveer Singh, depicts an intimate romantic scene between the two characters, which they say “disrespects” her character. The producers of the film deny this claim.

While the controversy surrounding the film has been a pain for production and post release, the negative attention has positioned the film to potentially break box office records. The film is already performing well in international markets, with a strong performance among Hindu nationals in Australia and Ireland; in North America, it has already become the highest grossing Hindu film within the first three days of release.

Despite the hubbub, Deepeeka CEO Agarwal says his company always rose to meet market challenges both domestic and abroad. Deepeeka’s humble origins began with trading goods made in the Moradabad and Saharanpur towns of Western Uttar Pradesh.

“My father (Capt. Agrawal) never shied away to exhibit wares abroad. Our pivot to antique reproductions happened after he was approached to produce hunting accessories by one of his international clients,” says Agarwal.

Agarwal began his career as an IT engineer, employed by Citigroup before taking over the reins from his father Capt. Agarwal in 1995. His brother, Gaurav, an MBA graduate, joined the company in 1999.

“Together, my brothers and I have helped Deepeeka to become a formidable player in our industry, ready to take on any project large or small,” says Agarwal.

While Deepeeka caters to large-scale film productions, its operations are based out of a small town, Meerut in Northern India.

“Home is where the heart is,” says Agarwal. “My father shifted base from Mumbai to Meerut. Running a company that caters to international clients, trading from a small town of Meerut was laden with risk, but my father did not hesitate. He never cared about risks or putting all his eggs in one basket. He wanted to be near home. That was important to him”.

Regardless of position, entertainment and movie props are big business. With the shift to props being sold by the studio itself or through subsidiaries owned by the studio, this recent practice has turned the entertainment collectibles industry upside down as quality material gets more difficult to source through traditional antiquities’ dealers and auction houses. By removing the middle-man, studios make a healthy ROI on production expenses. According to one of the world’s largest auctioneers of entertainment and film props Julien’s Auctions, market demand for film props has been growing steadily for the past three decades. Julien’s claims that the Entertainment Memorabilia auction market has emerged to become an important collecting category worldwide and looks set to continue the trend in 2018.

According to Agarwal this trend has also been buoyed by the advent of content providers like Amazon and Netflix, who says that the market for antique goods is growing in India.

“The demand for such goods has gone beyond providing goods for film, TV series and theme parks clients. Consumers are now renting or buying product directly from our global distributor chains. The market size is certainly growing.”

There are a few other reproduction manufacturers in Northern India, who cater to both domestic and international markets. Agarwal claims that most of these players set up shop after working with Deepeeka and have now started their own product lines.

“Some are producing decent work, but they are mostly limited to smaller, project-based commissions,” says Agarwal.

According to Agarwal what sets Deepeeka apart from its competitors is its commitment to R&D.

“A sizeable part of our revenue goes into research and development, to make our reproductions faithful to the period,” says Agrawal. Our success as a developer and exporter of antique reproductions is due to our emphasis on creating high quality replicas that are as historically accurate as possible. We also combine traditional pattern and method with modern materials to recreate product that is as sympathetic to the original as possible”.

While US feature films Gladiator and Spartacus catapulted Deepeeka to the world stage of antique reproductions, supplying goods to Hollywood is not a primary vertical stream for the business.

“Our largest segment is the reenactment and costume market – it far exceeds demand for film props,” says Agarwal.

Another recent major project for Deepeeka was providing period pieces for an amusement park in Russia – modeled on the Roman empire with gladiators as a central theme.   The company has also released ‘build it yourself’ products for collectors and souvenir markets.

Deepeeka is now experimenting with 3D technology to enhance its products and Agrawal says they are committed to pushing boundaries in product design and delivery.

“We are adopting new technologies and producing more. We are also expanding into medieval clothing and other lines of our trade. Within the next five years, we are projecting to double our current capacity and output,” says Agrawal. “We are currently working on some exciting projects in 2018 which will be released in the coming months”.

While the global demand for collectible props appear to be increasing, Agarwal says the Indian domestic market has been adversely impacted by reduced spend in the UK/Europe region, falling currency locally and the slowdown in the US.

Recent measures by the Indian Government in the form of demonetization and the new Goods and Services Tax were blows to the manufacturing sector too.

“The market is recovering and we have some challenges ahead. Getting skilled labour remains a perpetual problem in sector. The problem with artifact reproductions is that the people who are working in this business are not recruiting the next generation. “Skills are being lost as parents educate their children in more mainstream opportunities, who then seek work in cities… which is great, but it affects our talent pool,” says Agarwal.

“People in this business are not always funded to commit to higher standards of reproduction, which creates a bad reputation for Indian manufacturers in our sector, so overcoming perception issues is a challenge for our business,” says Agarwal. “Plagiarism is also an issue. Our designs are copied, without bearing any of the R&D costs invested by us, which hurts our business”.

Price points remains a challenge too. International film production houses seek Indian manufacturers because they tend to offer the best value for spend compared with domestic manufacturers in the US and UK/Europe markets.

“There is a high cost attached with faithfully reproducing antique goods to make them look as authentic as possible. We have to price our goods in such a way that we don’t lose our competitive advantage on price. Nonetheless, our reputation on delivering product to a high standard will remain, and we will continue to find ways to maintain it at a reasonable cost,” says Agarwal.

nextBe the Gift that Keeps on Giving; Become a Goodwill Ambassador