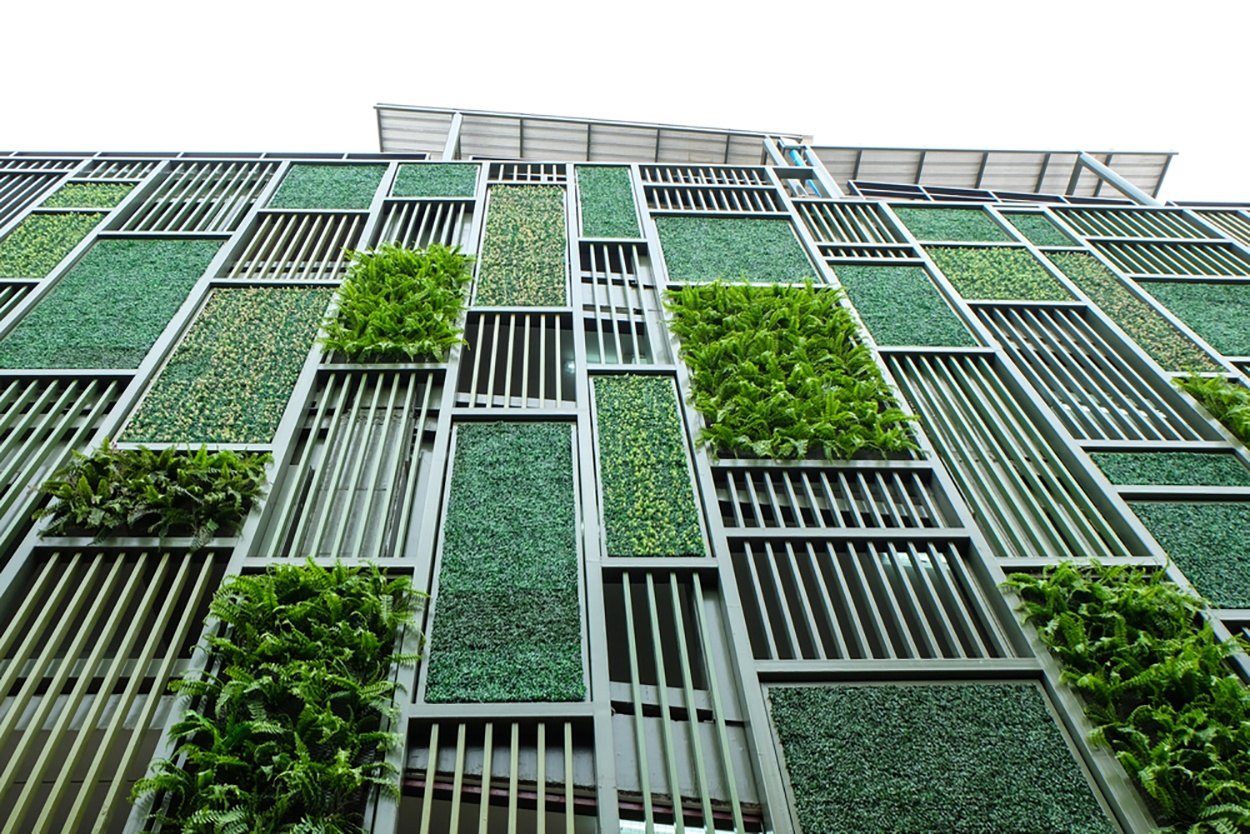 Commercial and residential buildings are responsible for almost forty percent of the Greenhouse Gas emissions globally. We take a snapshot of how green building ranking systems are tracking across the continents…

A recent United Nations report claims that almost forty percent of the Asia-Pacific population now live in cities, which may increase to over two-thirds by 2050.  To meet demand, a McKinsey report projects that the urban population of China may expand from 572 million in 2005 to 926 million by 2025, which would require construction of four to five million new buildings; which will place pressure on material supply.

To mitigate any shortage, the Intergovernmental Panel on Climate Change, a scientific and intergovernmental body supported by the United Nations, has made recommendations that the building sector be targeted for reducing emissions. A regular building releases about 5,000 kgCO2e/m2 during its lifecycle span. Accordingly, the concept of Green Buildings has seen plenty of interest from developers and policy makers in the recent years.

Larger economies like US, India and China are taking a lead in the construction of green buildings. In the United States, buildings are responsible for almost half of the GHG emissions world-wide. The U.S Green Building Council, a non-profit organisation that promotes sustainability in buildings, design, construction and operation, was set up in early 1990s. It has been responsible for designing the most widely used green building rating system in the world, LEED, or Leadership in Energy and Environmental Design.  The U.S, which barely had 2 percent Green buildings back in 2005 has seen a significant spike, with almost 50 percent buildings now classified as ‘green’.

Dubai, one of the largest cities in terms of major projects constructed over the past few decades, announced the introduction of its new green building rating system, Al Saafat, which will come into effect sometime 2018.

The Al Saafat system aims to achieve a 20 per cent reduction in electricity consumption, 15 per cent in water consumption, 20 per cent carbon dioxide emissions and 50 per cent waste reduction. Additionally, it would promote human and environmental health by strengthening the planning, design, implementation, and operation phases of buildings.  The Emirates Green Building Council, an independent forum that aims to conserve the environment by strengthening and promoting green building practices, recently organized an event inviting local government and developers for promoting shared vision of sustainable development and green buildings for achieving the UAE vision 2021.

Singapore, one of the most developed countries in Asia, and roughly half the size of New York City, is already taking a lead in the continent as certified green buildings account for more than a fifth of the floor area in the island city-state. This may serve as an inspiration for a continent that is urbanising faster than anywhere else the world – and being historically poor in terms of sustainability. In fact, its indigenous rating, Green Mark, is now successfully promoted by Singapore’s Building and Construction Authority (BCA) to other parts of Southeast Asia and parts of Africa. This mark has contributed to reducing 11 percent of the total operating expenses of buildings. However, what may encourage many countries globally is that Green Mark was promoted by the government unlike LEED, which emerged in the private sector. BCA has set an ambitious target to certify 80 percent of Singaporean buildings by 2030.

India, which has the third highest emissions globally and is envisaged that construction of 60 percent of buildings to take place by 2030, has been promoting green buildings vigorously in the past few years. Currently, over 1 billion square feet of buildings are registered under LEED certification in a country comprising of 2,500 green buildings. This is expected to triple by 2020 itself with the advent of affordable housing and smart cities. The Green Buildings Certification Inc, has also partnered with Delhi metro and will look at providing rating systems to stations and new major infrastructure projects.

The Energy and Resources Institute, one of the premier think-tanks in India, has also developed its own rating system called Green Rating for Integrated Habitat Assessment. Additionally, the Confederation of Indian Industry, one of the major industry chambers, set up the Indian Green Building Council which works in the same capacity. Currently, the overall green building footprint in India is less than 5 percent. The number of rating systems demonstrate the scope of green building construction in the country, which is aiming to reduce significant emissions by 2030 as part of the Sustainable Development Goals promised during COP 21 in Paris.  Globally, International Finance Corporation, a part of the World Bank Group, has developed its own tool called EDGE, a rating system for residential buildings.

China, the second largest economy in the world, is the largest emitter of greenhouse gases and the largest construction market. Its government is aiming for 50 percent of its buildings to be green by 2020, which if met, will represent half of the world’s green building floor space.  It is essential to note that the country’s green building sector will grow from 5 to 28 percent by 2030, presenting a USD12.9 trillion opportunities, due to the rapid urbanisation. The country is taking serious measures to achieve its target.

Energy monitoring systems collect data about energy use of buildings, which can be used for optimizing the energy performance by adjusting heating or cooling systems or even lighting levels or hours of operation, resulting in savings. One of the classic examples is Shanghai’s Changning District, which put in place an energy monitoring platform, which can track 160 of the district’s 165 public buildings. This has resulted in retro-fitting 32 buildings leading to a 20 percent energy saving. Additionally, it is providing subsidies for helping building managers make the structures more efficient, lowering the payback period for private sector, an additional incentive for them to make investments. The Wuxi City High-Tech Industrial Development Zone, has been providing financial incentives with green building certification. Additionally, it gives incentives for use of solar photovoltaic systems, heat pump technology and other energy efficiency as well as renewable energy technologies.

The USGBC, which administers the LEED certification, announced the top 10 countries globally, outside the U.S, that are making significant strides in building design, construction and market transformation. While China topped the list, Canada wasn’t too far behind. India, Brazil and South Korea are some of the other big names in the list. It stated that the market will reach USD 234 billion by 2019.

previousWellness and Wellbeing at Work, Works

nextWho is DARPA and Why You Should Care