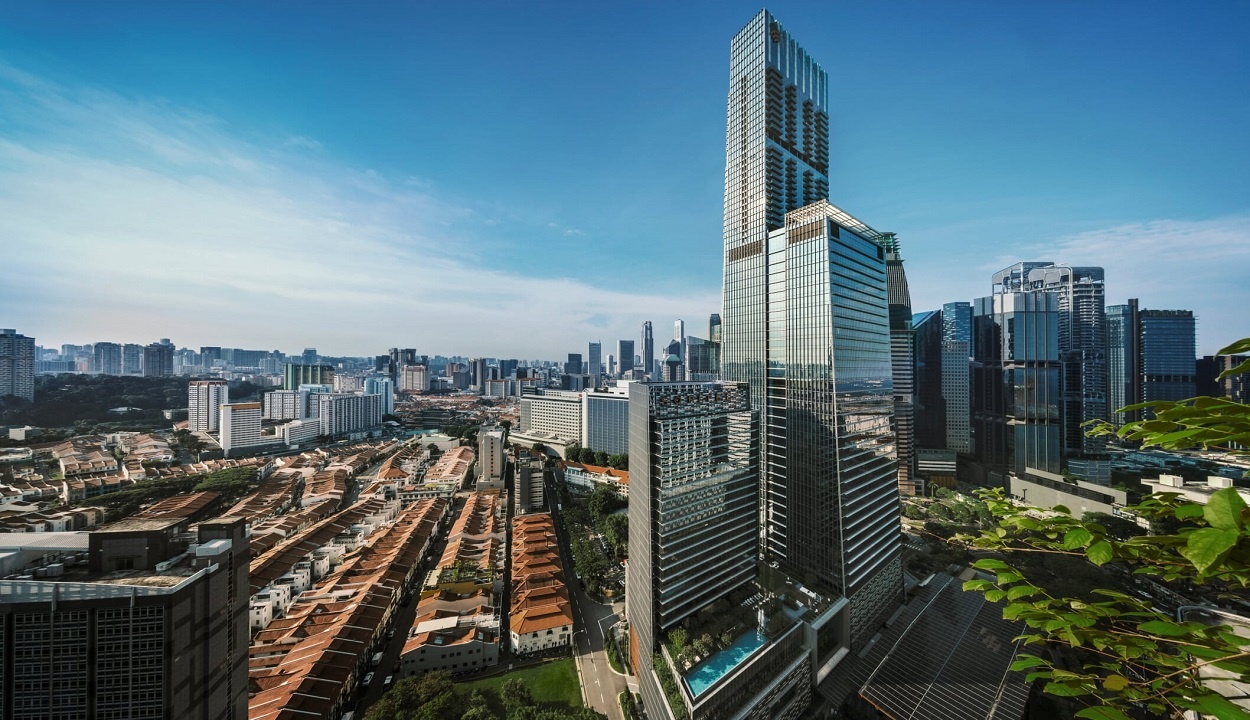 GuocoLand announced today that Guoco Tower, its flagship integrated mixed-use development, won the title of World Gold Winner in the Mixed-use Development category at the 2020 FIABCI World Prix d’Excellence Awards, making it
Singapore’s first development to win in this category.

Standing at 290 metres, Guoco Tower is Singapore’s tallest skyscraper and the catalyst for the transformation of Tanjong Pagar located within the CBD. The award recognised Guoco Tower as a distinctive, vertically integrated landmark that encompassed high liveability, connectivity and walkability, coupled with strong community building and placemaking efforts.

In the lead-up to this victory, Guoco Tower was awarded Gold in the Mixed-use Development category at the 2019 FIABCI Singapore Property Awards organised by FIABCI’s local chapter.

Commenting on the honour, Guocoland Group Managing Director Cheng Hsing Yao says they are proud of the global recognition.

“Guoco Tower continues to receive global recognition and we are proud that it can represent Singapore’s urban development achievements to the rest of the world. We can also see through this time of uncertainty, that developments with strong concepts, built to high standards, and are well-managed have proven to be more resilient. This has reaffirmed our unwavering pursuit for quality and excellence in all of our projects,” says Cheng.

Established in 1992, the FIABCI (Fédération Internationale des Administrateurs de Bien-Conselis Immobiliers) World Prix d’Excellence Awards is one of the industry’s most prestigious international accolades and also known as the ‘Oscars of Real Estate’. The award is one of the highest honours given to outstanding projects, judged by an international panel comprising top real estate professionals and experts.

The Mixed-use Development category was added in 2019 and recognises remarkable developments which have at least three main components such as residential, office and retail, and have excelled in integrating its physical and functional properties. Guoco Tower was one of two global winners in this category for 2020.

Designed by one of the world’s most highly regarded architects, Skidmore, Owings & Merrill LLP, Guoco Tower was completed in phases in 2016 and 2017 and integrates 890,000 sq ft of premium Grade A office space, 100,000 sq ft of lifestyle and retail concepts, 181 homes in Wallich Residence, 223 hotel rooms in Sofitel Singapore City Centre, and an Urban Park spanning 150,000 sq ft and City Room.

The building catalysed the transformation of the Tanjong Pagar district into a commercial and social hub in the CBD.

(Ed. In 2017, GuocoLand marked its expansion beyond Asia into the United Kingdom and Australia through a strategic partnership with Eco World Development Group Berhad in Eco World International Berhad. Its parent company Guoco Group Limited, is listed on The Stock Exchange of Hong Kong Limited. Guoco Group Limited is a member of the Hong Leong group of companies. As at 30 June 2019, the GuocoLand Group had total assets of SGD 10.0 billion and total equity attributable to equity holders of SGD 4.2 billion. Featured image of Guoco Tower provided courtesy of GuocoLand.)