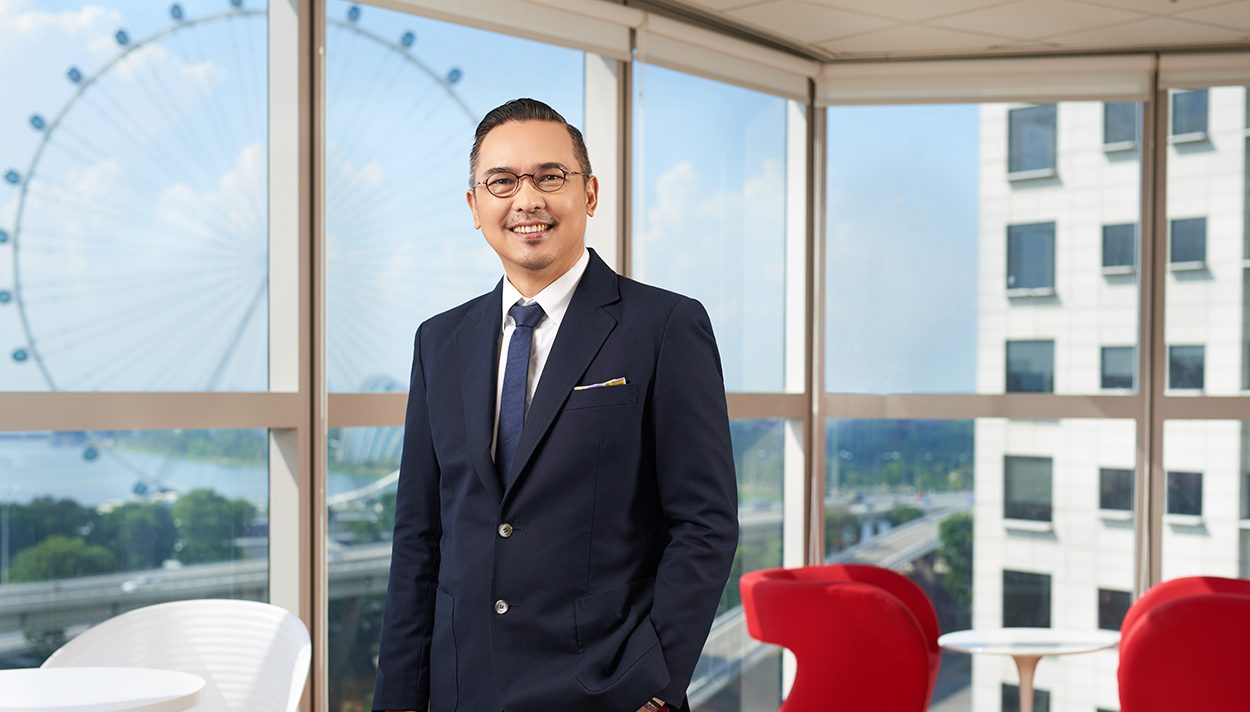 More than ever, the Dairy industry faces growing complexities as consumer preferences expand to include plant-based dairy alternatives amid a mounting pressure to ‘go green’.

Despite headwinds, the long-term outlook for the industry appears positive. A recent study by Euromonitor International found that 60% of new dairy sales are expected to be generated in Asia Pacific over the next five years. Growth indicators include a growing middle-class population, rapid urbanisation, a burgeoning consciousness around health and food safety which represents potentially significant opportunities for dairy manufacturers in the region according to FrieslandCampina Director Corporate Affairs Hendro Poedjono.

“APAC presents immense opportunities. Asia is possibly the largest market for dairy in the world at the moment. From a population standpoint and the strength of the economies, this potential is not yet fully realised. Even though it is a huge dairy market, per capita consumption is lower than many parts of the world. We need to continue to educate about the goodness of milk,” says Poedjono.

According to Poedjono, marketers need to look at how to assimilate dairy into different occasions and cultural settings to encourage consumption.

“Dairy can play a more important role in addressing the nutrition gaps in the region. Our South East Asian Nutrition Survey (SEANUTS) which studied 12,376 children in Indonesia, Malaysia, Thailand and Vietnam, revealed a double burden of malnutrition. Despite a major decrease in undernutrition worldwide over the last 25 years, underweight and stunting in children persist as public health issues. The prevalence of stunting and underweight was higher in children who did not use dairy. The prevalence of vitamin A deficiency and vitamin D insufficiency was higher in non-dairy consumers. Our research continues to inform collaborations and conversations with stakeholders and health policy makers in plugging critical nutrition gaps in the region,” says Poedjono.

Poedjono claims there is a winning growth formula, where corporate affairs can help their leaders make strategic business decisions to successfully navigate between public sentiment and regulatory considerations.

On the regulatory front Poedjono says while ASEAN has made strides in driving better integration, developments in harmonization has been slow and this has impeded growth. For instance, with regarding to labelling, he says there is still a way to go in closing the distance across countries in the regulatory framework. The non-harmonised labelling regulations and the export coverage of labelling have implications for export performance.

“Many of the challenges that we face as an industry are interlinked and trickles down to the consumer. We have seen trade disagreements, reactionary measures which includes tariffs, stricter regulations on cross border sales and increasing nationalism for self-sufficiency. This is compounded by other regulatory dynamics such as the potential of taxes. These factors impact not only dairy prices but also consumer spending. But that is only the tip of the iceberg. One of the biggest shifts that the industry has witnessed is the proliferation of new channels. The way new channels have grown and how they have evolved have surpassed expectations. These trends and developments influence the choices we make in the future. Understanding the complexities of the business and having the infrastructure in place to support the demand is key,” says Poedjono.

According to Poedjono, as more people move to urban centres, convenience is more important than ever. For example, in AMEA regions, ready-to-drink offerings are overtaking traditional dairy products such as condensed milk and milk powder. Poedjono says the 24/7 consumer is also more sophisticated.

“Consumers are demanding healthier, more nutritious products that are sustainably produced and are placing higher attention to the food’s origin and method of production,” says Poedjono.

On this note, we asked how the dairy industry is responding to the rise in popularity of veganism, and greater transparency on sustainable business practices particularly in more mature markets.  Peodjono says consumers are consciously opting for food that speaks to their lifestyles and beliefs and claims FrieslandCampina is making tangible steps in terms of supporting farming biodiversity and responsible waste management.

“Choices are personal, and we applaud actions that support better nutrition and sustainable practices. At FrieslandCampina, we are guided by our purpose ‘Nourishing by Nature’. We place our focus on optimising the nutritional value of our dairy products and in providing affordable nutrition in the markets in which we operate. We do this in alignment with the United Nations’ Sustainable Development Goal ‘Zero Hunger – End Hunger’, in our continued efforts to support food security and improved nutrition,” says Poedjono.

Poedjono cites FAO’s claim that milk is a major source of dietary energy, high-quality protein and fat. One glass of milk (200ml) provides the equivalent protein (7g) intake of 1.35 eggs and 33g of meat. It also provides the calcium of 365g of broccoli; the vitamin B2 of 25g of almonds; the vitamin B12 of 48g of beef; the phosphorus of three slices of whole meal bread; the iodine of 29g of lean fish; and the potassium of one small banana. Milk protein is considered a complete source of protein as it contains all nine essential amino acids.

“In March this year, we also signed The New Plastics Economy Global Commitment, led by the Ellen MacArthur Foundation. With this commitment to work towards 100 percent reusable, recyclable or compostable packaging by 2025 or earlier, we have taken the next step to realise our ambition to make all new plastics use 100 percent recyclable, worldwide. As a global company with ownership of and impact on the entire chain, from grass to glass, we are uniquely positioned to take a leading role in supporting the development and implementation of the circular economy, in which plastics never become waste,” says Poedjono.

“Our farmers consider strengthening biodiversity as very important. Member dairy farmers are compensated for preserving flora and fauna. We encourage dairy farmers to start working with the Biodiversity Monitor’s climate, life cycle management and nature indicators on their farm. In 2018, FrieslandCampina invested 80 million euros in its research and development activities. The SEANUTS study [mentioned earlier] is a very good example of this research and identified a substantial vitamin D deficiency amongst the population in Southeast Asia which has since spurred innovation in our regional product range,” says Poedjono.

In November 2018, FrieslandCampina announced its second Southeast Asia Nutrition Survey (SEANUTS II). This second instalment aims to study the nutritional status of more than 18,000 children aged six months to 12 years in the same four countries. Poedjono says it will be conducted in close collaboration with reputed research institutes and universities.

“Results are expected in 2021 and will be used to develop country-specific nutrition, lifestyle programs and specialised dairy products,” says Poedjono.