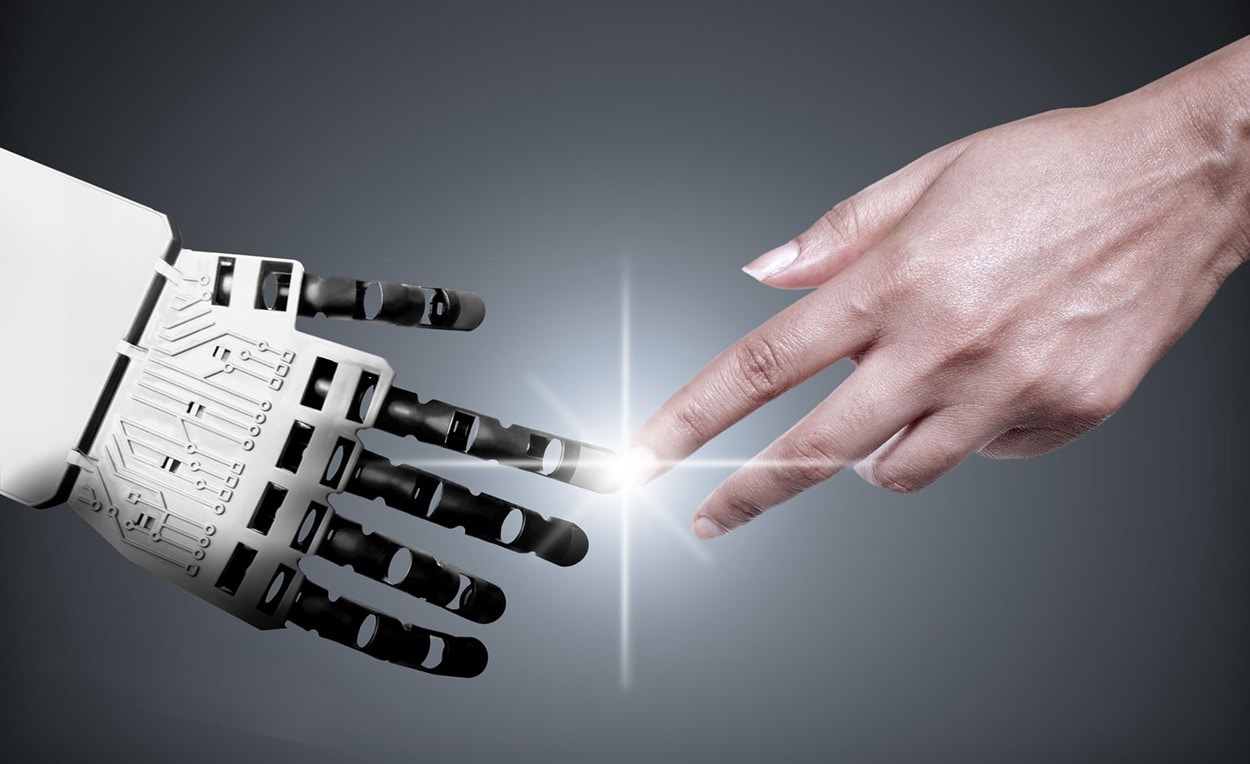 When George Jetson exclaimed ‘Hooba Dooba!’ to express his wonderment at technological domesticity in his Skypad apartment, we too can delight in the quaint, yet uncanny futurist 1960s cartoon premise of life in Orbit City – what we now realise as Smart Cities in 2017. With the Internet of Things, the future has officially arrived and what a wonder it is.

The Industrial Internet. Machine-2-Machine Networking. The Internet of Things. If you haven’t heard these terms buzzing around your social network feed for the past three years, you may as well have been shacking up in an Airbnb room sublet by the Flintstones.

We unpack just what M2M Networking and Internet of Things (IoT) are and what they mean for corporates, consumers and everything in between. Essentially, think of M2M as the layer of connectivity that enables an IoT eco system.  IoT is the interconnectivity of devices in an eco-system – think cars, wearables, whitegoods, electronics, health and energy monitors, parking sensors, smart meters, digital signage etc. M2M is the fundamental layer of network connectivity that empowers these devices to ‘speak’ with each other, ‘talk back’ to a closed network and provide information about devices’ environments in real time.

If we look at the retail sector, take digital signage in Westfield for example, the sensors on the signage collect data, send it across a mobile cellular network to someone at Westfield who can adjust the type of advertising content displayed on the sign to suit pedestrian traffic – all in real time.

In heavy industry, the Industrial Internet has been used for a number of years – but the applications in industrial sectors are not immediately visible to the consumer market.  Mining, manufacturing and major infrastructure assets’ owners e.g. water and sewerage treatment plants, power stations, gas transmission and distribution pipes, railways etc have integrated complex physical machinery with network sensors and software to analyse asset performance and use that data to drive cost and operational efficiencies.

While IoT has been a source of interest and plenty of R&D for major Tech giants like Google, Samsung, Apple and Amazon for the past few years, the idea of IoT becoming a practical reality in consumable goods markets will soon become the norm – and the applications and implications are enormous.

The primary factors driving the push for IoT in consumer goods are fourfold – firstly, the cost to produce smart sensors has dropped to negligible and the size of sensors are nearly invisible – which means manufacturing smart devices en masse are no longer cost prohibitive.  Thirdly, narrowband IOT – which is an enabler of Smart Cities – uses a manipulation of a radio spectrum to create low-powered data connectivity – reducing what have typically been power-heavy networks. Lastly, the continual improvement of mobile and fixed networks’ coverage and speeds to enable real time subjective and objective data exchange and correlation means the merging of reality and virtual life in our work, home and leisure is about to get seriously real.

One only has to consider the rapid uptake of Nintendo’s launch of its augmented reality game – Pokémon Go in July 2016 – with Nintendo’s stock rocketing to a record 25 year high – adding  over AUD9 billion to its market value in the space of one week of its release.

The market potential and demand for smart devices is not lost on the big end of town – with heavy hitters all jostling for pole position in the IoT space. Google acquired French image recognition start-up Moodstock in July 2016 to enhance its AI capability for an undisclosed sum. The previous month, Twitter coughed up a cool AUD197 Million for AI start up Magic Pony, which specialises in visual processing.  In 2014, Google paid AUD658 Million for start-up DeepMind – which uses machine learning to detect eye diseases and prevent blindness. In January 2013, Amazon flexed its R&D muscle and acquired Israeli-based start-up Waze for an eye-popping AUD1.3 Billion – to boost its already solid social mapping and mobile business.

Famous for its commitment to future-planning twenty decades ahead of the curve, Amazon set hearts racing with its prototype release of Prime Air Drones earlier this year – which are bespoke automated flying delivery vehicles which will deliver packages under 2.2kg within thirty minutes of placing an online order through Amazon.

Not to be outshone, Samsung made a market announcement that by 2020, every single Samsung product will be connected to the Internet of Things – in an open eco-system. This means that essentially, a Samsung smart device should theoretically have the capability to ‘talk’ to any other branded device in the marketplace.

While the problematics around creating common ‘language’ conventions between product manufacturers are still yet to be determined – and agreed upon – the solid investment in smart devices in the consumer space demonstrates that the merging of reality and virtual life – whereby our world is fast becoming an intuitive, interactive and intelligent ecosystem in which smart devices interact and inform human experience – is here to stay.

The benefits for corporates adoption to IoT – driving operational, cost and resource efficiencies – as well as increasing potential for contractual revenue streams (think car manufacturers enabling smart cars for ongoing repairs and maintenance) are obvious. However, the quest for ultimate automation to achieve peak optimisation has a very real human cost – the loss of employment opportunities – not only in traditional manual labour workforces (e.g. factory floor/manufacturing) which we have witnessed for the past thirty decades, but now ‘white collar’ jobs too.

In 2016, IBM laid-off nearly 14,000 workers and Intel cut 12,000 works in the US – due to IoT platforms now taking precedent over its existing legacy markets. However, GE is optimistic. It asserts that by 2030, the shift to IoT may increase the average income from twenty to thirty percent – adding enormous benefits to productivity in agriculture, infrastructure, transport and manufacturing sectors. US Academic from MIT Erik Brynjolfsson argues that overall, after considering 140 years’ worth of data from knowledge-intensive sectors, technology has created more jobs than it has destroyed.

Shifting employment trends is not the only challenge in the IoT space. There is plenty of chatter on the obvious concern around security and privacy of information – how it is used and contained. This is particularly pertinent for Smart Cities – whereby public infrastructure will require solid layers of cyber security to ensure data is protected and used appropriately.

Government agencies are naturally risk-adverse and security around M2M and IoT is paramount. From a consumer perspective, cultural considerations also come into play – how do people feel about appliances ‘watching you?’ When a driverless car was hacked in the US, consumer privacy and protection will always be a major consideration and challenge for everyone.

M2M and IoT offers real opportunities for Telcos, creating potentially new revenue streams – as a non-traditional market. This is a good time for Telcos to consider partnering with manufacturers, exploring platforms and technologies that best enable Telcos to be successful in different verticals of IOT, such as vehicular telemetry, health monitoring, consumer wearables, Smart Cities and security.

There is no doubt that the concept of Smart Homes and Smart Cities are no longer a fictional notion – and the potential for serious returns cannot be overstated. According to a McKinsey Report on IoT, linking the physical and virtual world may generate up to AUD11 trillion a year in economic value by 2025. That level of value – including consumer surplus – would be equivalent to nearly 11 percent of the world economy.

Monetary value aside, there is another, more intangible component that may also contribute to the overall push to IoT – simply, the pleasure of enhancing user experience. Now that Facebook’s Jarvis is making itself comfortable in our homes, experiencing this kind of intuitive automation is not only cool in execution, there is a pleasure component in terms of the comfort smart devices affords.

nextThe NBN - Moving beyond the Real Politik to Market Dynamism