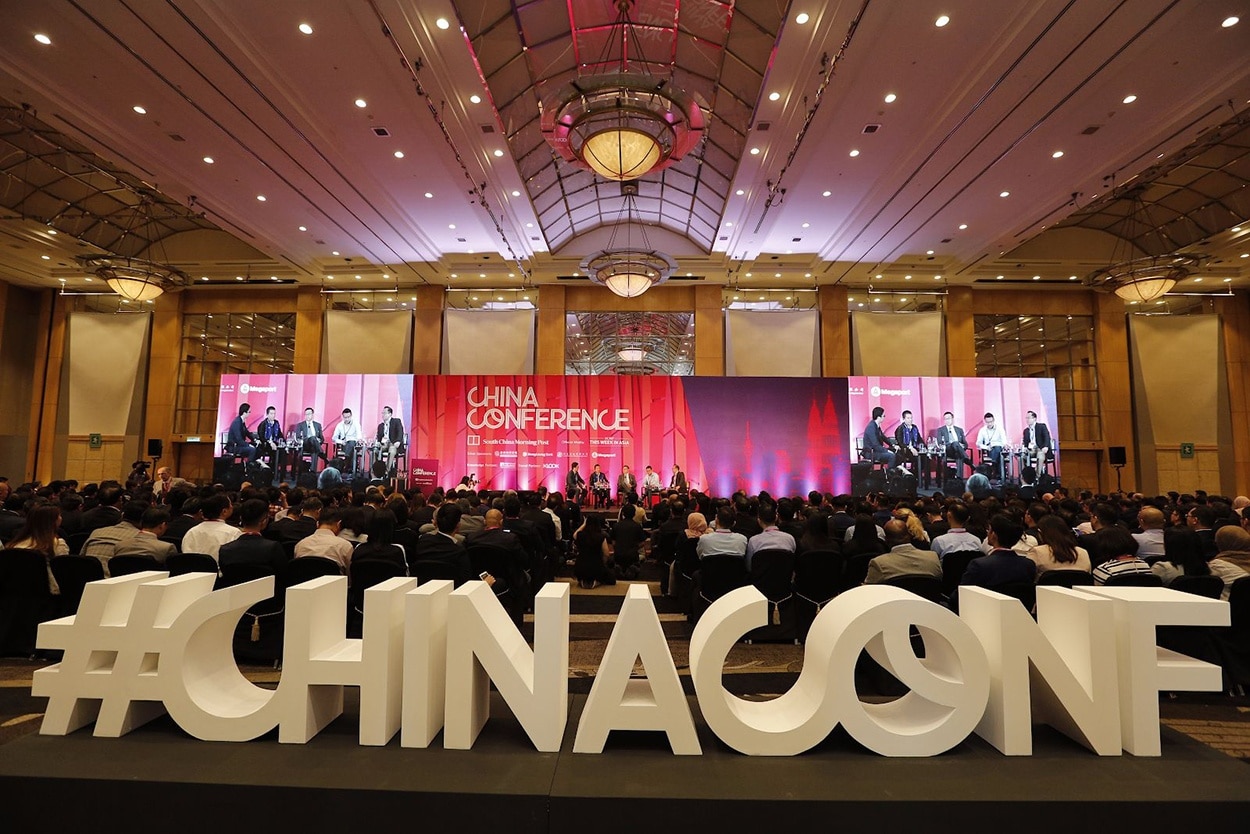 The two-day China Conference: Building Co-operation, Managing Complexities wrapped up in Kuala Lumpur, Malaysia this week after an impressive line-up of South East Asia’s thousand most influential leaders in business and Government came together – with tech, tariffs and taxes being the talk of the town.

With global concerns rising over the US-China trade war, China has been on a high-profile roadshow over the past 12 months strengthening political-economic relationships with Europe, Africa and Southeast Asia.

The world’s second largest economy has become a key partner for Southeast Asia in trade, investment, and infrastructure development. China’s Belt and Road Initiative OBOR is expected to further trade opportunities in the region over the coming decade – with major implications for Asia.

In his opening remarks, SCMP CEO Gary Liu says, “China can’t be truly examined without looking at Southeast Asia. Holding the China Conference in Kuala Lumpur reflects the central importance of Malaysia and the rise of ASEAN.”

Touching on the US-China Trade War and economic ties between China and South East Asia region, Vice Chairman, National Committee of the Chinese People’s Political Consultative Conference C Y Leung says, “Economic integration or globalisation may have been put in reverse gear, and no vehicle in reverse gear can go far or fast. Protectionism for whatever purpose is misguided and will be short lived. Integration offers a better economic future. No man is an island. No one can produce everything that is needed – no matter how big or powerful a country may be”.

In view of the potential economic and security implications of the US-China trade war, Senior Foreign Affairs Correspondent for POLITICO Michael Crowley says “We are at the most uncertain and risky moment in U.S. China relations in perhaps 30 years. As a trade war emerges and top U.S. officials call for a stronger strategic response to China, it is crucial to have public conversations to discuss potential consequences.”

Perhaps alluding to the tensions over the militarization of South China Sea whereby China has reclaimed 3,200 acres of land in the Spratly archipelago and constructed ports, airfields and military equipment, Minister of Economic Affairs, Malaysia Yang Berhormat Dato’ Seri Mohamed Azmin Ali says, “China’s commitment to peaceful development is absolutely crucial for the continued prosperity of the region. The region must remain a zone of peace, freedom and neutrality and must not be allowed to be militarised”.

The other major topic that dominated discussion was enabling tech; allowing entrepreneurship to flourish through tax incentive. Alibaba’s CEO Jack Ma says “Entrepreneurs should have long-term vision, patience, and a willingness to learn. If you’re not optimistic, don’t be an entrepreneur.”

It is widely acknowledged that Asia is currently experiencing a major tech talent shortage, with the focus on building a stronger and more sustainable tech-ecosystem in the region being paramount to fuel the necessary growth. Co-founder and CEO of Carousell Quek Siu Rui says, “There isn’t enough tech talent in the region. We need to have passionate, young, hungry people with huge potential, and a few bar raisers to show them this is how you build that balance of contributing to and developing that ecosystem.”

On the question of establishing SE Asia a tech powerhouse, Gobi Partners Founding Partner Thomas Tsao was optimistic, claiming, “What Silicon Valley achieved in 40 years, China did in 20 and Southeast Asia will do in ten,” says Tsao.

According to Executive Vice Chairman of Alibaba Group Joseph Tsai, a key part in facilitating a quicker tech evolution in SE Asia will be the lowering of taxes.

“Normalising the tax rates of stock options given to tech sector employees was good policy to encourage people to invest themselves in a company, as opposed to investing only capital. Stock option gains are typically taxed as income from labour and therefore subject to salary tax rates, which does not make any sense. When you invest yourself, you are taking on risk just like when capitalists invest capital. Our tax system of encouraging capital investment was designed for the last century’s Industrial Age. In the 21st century, it is not capital, but rather human ingenuity, that will be the most important input driving value creation,” says Tsai.