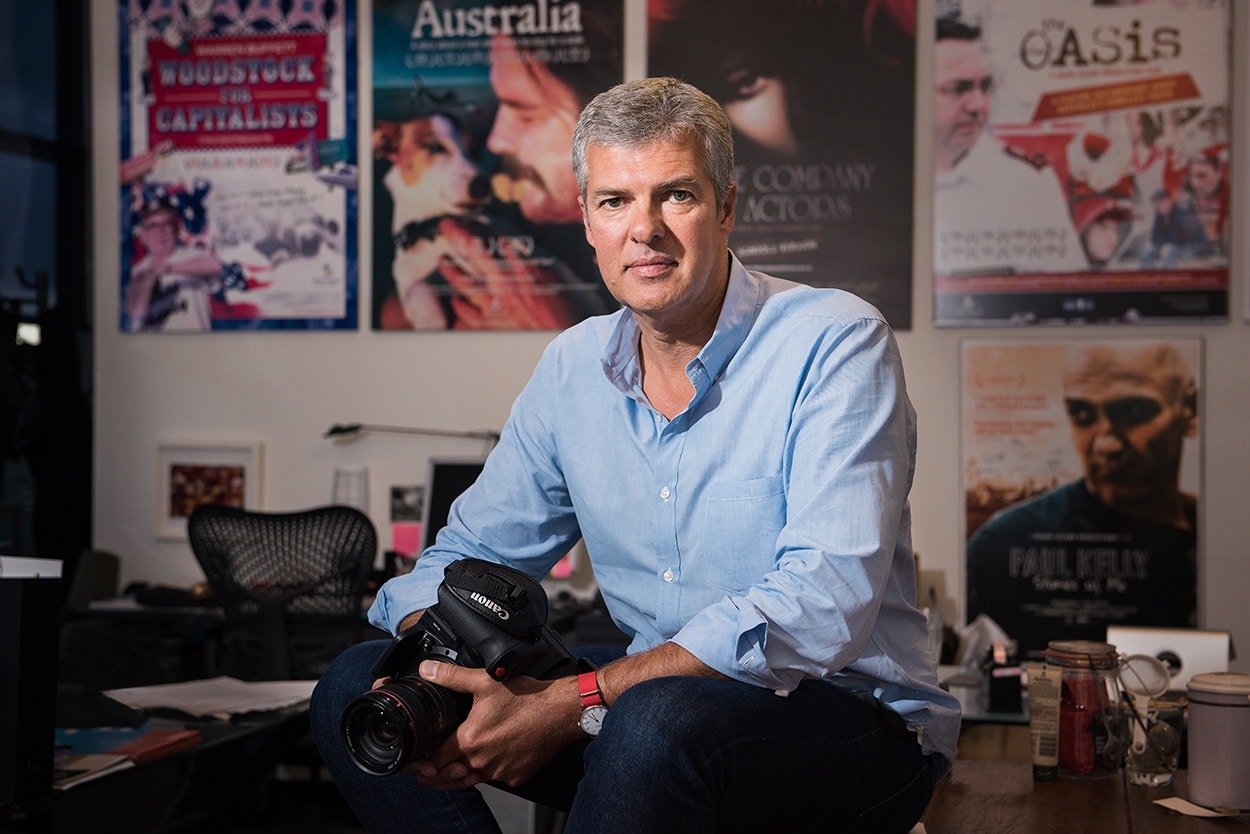 Philanthropy in Australia has shifted from one-off funding towards investments that become a catalyst for greater social change. Central to this shift is increased integration and alignment of social activities to deliver shared value, and greater collaboration across non-government funders, government and non-profit organisations. Leading the way is film director, producer and 2017 Philanthropy Award’s leading philanthropist, Ian Darling. Combining philanthropy with documentary film making, Darling brings together a compelling blend of business practice and investment to focus on social issues through stories.

A 2015 report by AMP Foundation and Social Ventures Australia on philanthropic giving trends identified that in the past 10 years we have reached a sum total of 1,826 billionaires worldwide with an aggregate net worth of $7.05 trillion. Globally, there has been an unprecedented intergenerational transfer of wealth with philanthropic entities seeking deeper levels of engagement with causes they want to support, and a more sophisticated understanding of social issues and what is required to solve them. For these venture philanthropists, ensuring greater sustainability among non-profit organisations and the non-profit sector is a key driver.

The Giving Australia 2016 report highlights that philanthropists are overwhelmingly motivated to make things happen, they have a desire to be more strategic in their giving and they want to make a genuine difference now and in the future.

As a philanthropic storyteller, Darling prescribes telling stories through documentaries and inviting everyone to include documentaries as part of their gift-giving strategy.  He has directed and produced over ten documentaries, himself, in addition to the portfolio of 19 Good Pitch films, which cover a myriad of social issues from youth homelessness to sugar. Throughout he focuses on extending the reach of these stories to deliver outreach education programs and systemic change. For Darling, film is both the collaborator and the disruptor in bringing together unlikely bedfellows to unlock resources and innovation for addressing big challenges and creating sustainable social outcomes. Starting his career in stockbroking and investment management, Darling maintained an interest in filmmaking.

“I wanted to be a filmmaker for a very long time. I always had a very strong interest in storytelling. At school, I made my first film when I was ten, called, Hooray, Hooray the Holidays Start Today which hasn’t seen the light of day, but it was guaranteed to be a classic,” says Darling.

With such keen interest, Darling even briefly contemplated auditioning for NIDA, but instead ended up studying commerce and an MBA. He established an investment management firm Caledonia Investments in 1992.

Founding his firm on the investment strategy principles of Warren Buffet, Darling has always followed a long-term value investment approach. Passed down from the Benjamin Graham school of value, this approach hinges on treating your investments as though you are buying the entire company, with a focused portfolio of only about 15 investments. It is this same philosophy that Darling brings to his philanthropy and documentary film making.

Since 2002, the Caledonia Foundation, a private philanthropic foundation established by executives of the Caledonia Investment group of companies, has focused on the education, training and welfare of disadvantaged young Australians.

Furthering this focus on young Australians, Darling launched the Documentary Australia Foundation (DAF) in 2008 to encourage collaboration between philanthropic grant makers, charities and documentary filmmakers, to amplify the impact of each documentary in creating positive social change.  To date, DAF has facilitated development, production and outreach funding for well over 200 documentary films. In 2013, DAF received the AIDC Stanley Hawes Award for excellence in the Australian documentary film industry, and was a nominee for the 2015 Sydney Peace Prize – an acknowledgement of the power of documentary in the pursuit of peace.

Darling’s journey to documentary filmmaker solidified during his time in the United States. In 2004, while still managing director of Caledonia Investments, Darling took time out taking his wife and three daughters on a road trip across America exploring film festivals. It was during this time that Darling was introduced to the philanthropic funding model for documentary films he employs today.

“I came back in 2005, and that was when I decided to become a full-time filmmaker. Coming back to Australia the first thing I noticed was that there was virtually no private investment in documentary films as only about eight documentaries had broken even. It just wasn’t a solid investment proposition. However, a groundswell of social issues was connecting the philanthropic community and everyone was setting up their own private philanthropic foundations. There seemed to be a real opportunity for attracting philanthropic grants into documentaries,” says Darling.

Darling soon realised he could leverage what was happening in the US and apply it to Australia. What he needed was a vehicle that would enable the philanthropic community to give directly to filmmakers and documentaries.

At the same time An Inconvenient Truth was released and it harnessed the power of documentary films. Suddenly the philanthropic community were supporting an ambassador program, training people to get climate change and global warming on the world’s agenda.  Encouraged by this strategic approach, Darling produced one of the most powerful documentaries Australia had ever seen about youth homelessness.

The Oasis, charts the journey of Oasis Youth Support Network Captain, Paul Mould’s struggle to improve the fraught lives of homeless kids. This raw observational documentary filmed over two years, is a tribute to the power of one man’s persistence in helping kids pull themselves out of misfortune and aspire to greater things, while supporting others sinking deeper into addiction and desperation. Giving voice to the plight of the young and homeless youth, the documentary instigated a major inquiry into youth homelessness.

“It was very powerful having an Australian example of a documentary that gave a high return on its social capital to its philanthropic partners. As a result, the film raised awareness and brought more funding to the sector. It also helped to change perceptions, and inspired a whole new generation to focus on minimising homelessness,” says Darling.  Unless we’re prepared to keep at this for the long term, we’re not going to see many results. As I understand it, 20 per cent of schools are still showing The Oasis in their classrooms. That’s one of the great things about working with documentary, you can make the investment once, and it continues to have a lasting impact. Ten years later, we are now in the process of creating two new documentaries about homelessness around a new initiative, due for 2018. Social impact requires a long term perspective!” says Darling.

“I think the real power of philanthropy is through collaborating at every level and documentary films are a powerful way to bring people together. You can’t solve any of these problems unless you pool the resources and get everyone working together. There are so many dedicated people doing great things, but it’s when we work together that we make real change,” says Darling.

For Darling, winning the 2017 Leading Philanthropist at the recent Philanthropy Australia Awards was a surprise.  “I felt a lot of warmth towards the team and the work that we’re doing. I’m humbled to have received the award. It’s recognition of the strategic and collaborative nature of our work. We created conversations, inspired action and longer term strategic thinking.  You can do things at a global level, but quite often power comes from doing it at a micro level and making a big impact in a smaller community. The most important thing is that people give. Some people are motivated by having their name on a building. Others prefer to work behind the scenes. Yet we also need more philanthropists and the business community to speak up about injustice, social problems and the environment, show leadership and give back to the community”.

“My focus now is in bringing together a new generation of filmmakers and philanthropists to tell the stories.  I want to make sure that a new breed of filmmakers feel supported and that they take the responsibility of being custodians seriously, because as philanthropists as well, we’re investing alongside our own philanthropic dollars. We want to make it a high-impact experience over the long-term for all our partners and the community. I also want to go back to telling stories of my own. As a storyteller, if you can craft a good film with a strong message, and a well-crafted outreach and education campaign, you can make a real impact. I prefer my films to do the talking. It’s a think, do, create, give approach,” says Darling.