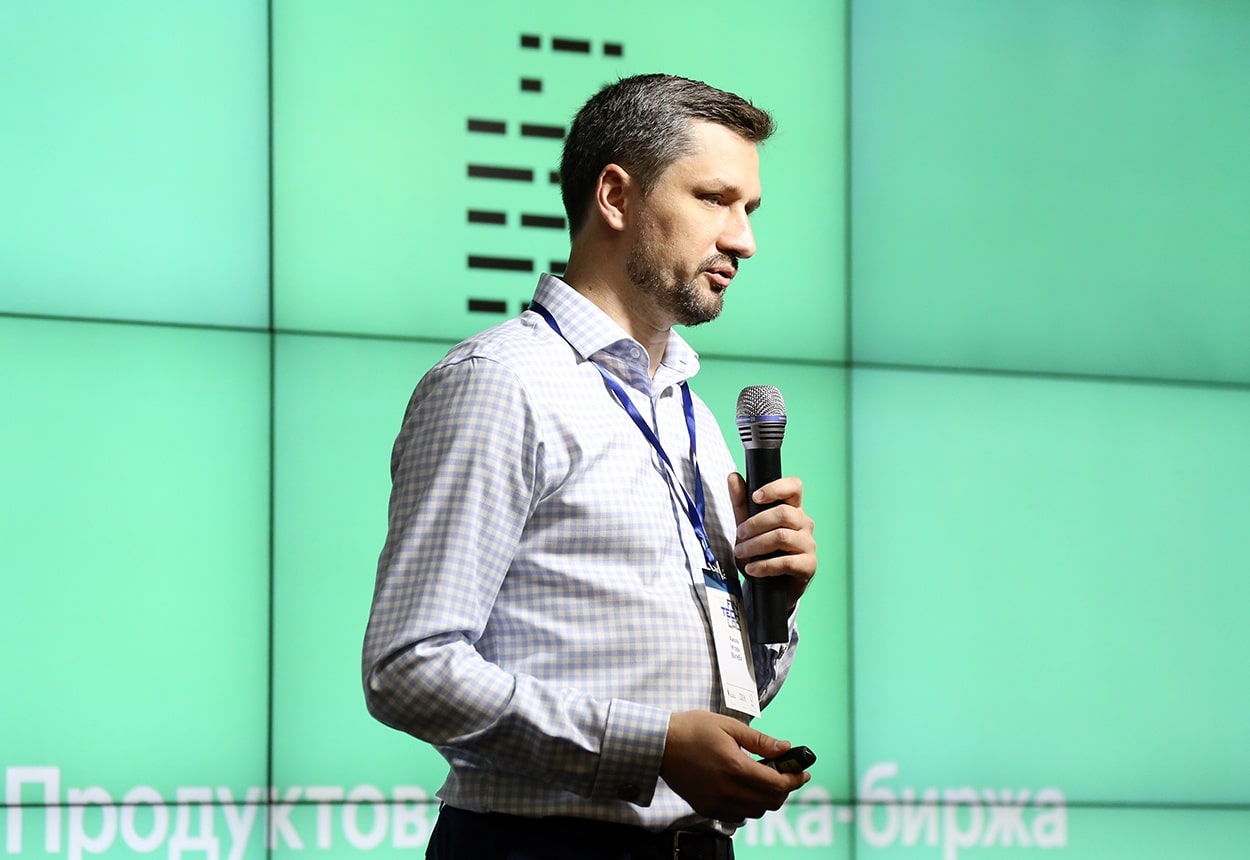 BANKEX may become a stampede of unicorns with founder and CEO Igor Khmel riding the one with wings at the front of the pack… We chat with NYC-Moscow-Hong Kong based Khmel on all things fintech and why true disruption of the banking sector is an insiders’ game.

BANKEX is a Bank-as-a-Service blockchain platform on Ethereum building Internet of Assets (IoA), powered by Internet of Things (IoT) and Artificial Intelligence (AI). Although not yet a unicorn by the Silicon Valley definition when we unpack the BANKEX mission, team, products and future vision it does look like it could be one, so, it’s easy to see why they made the Who’s Who in the Fintech World Top Fifty List FINANCIAL IT Pathfinder Ranking in 2017.

For the uninitiated, a unicorn in the venture capital industry is any tech start-up company that reaches a USD1 billion market value as determined by private or public investment and has over large double or triple digit year-on-year growth. The term was originally coined by Venture Capitalist Aileen Lee, founder of US-based Cowboy Ventures.

The BANKEX mission is to deliver liquidity to assets around the world that are underrated due to the organisation of classic financial markets.

With a team that resembles the Fintech equivalent of the 1992 USA Olympic dream team headed by founder and CEO Igor Khmel, the BANKEX journey began when Khmel was an intrapreneur, at Moscow’s oldest banking giant Sberbank, over three years ago. Khmel was Head of Sberbank Labs – an internal digital business-incubator charged with developing complementary core-business non-bank products and services to add value to its 80 million customer-base and 20,000 branches worldwide.

“The BANKEX model is based on a model from Germany – there are several companies doing similar things to Sberbank Labs, like Finlay and Rocket, whereby start-ups are a repeated business model, they make products one-by-one and sell it back to the banks. My plan was to leverage it in the same way. My internal experience taught me that banks had plenty of trouble with grading new companies and going through a lot of bureaucracy to make it happen. Usually the sales cycle within a bank is 12 or more months, and to make proof of asset it takes six months to a year, so it was tough to get deals through the gate. When I was working for banks, I saw the biggest banks could only generate a maximum of ten pilots per year, 20-30 percent became commercially viable, with only one performing well. Therefore, banks get disrupted because they are so slow and hard to move. They don’t like to take risks as their Service Level Agreements are astronomical and they are shy to experiment with start-ups because they usually have a higher liability, which adds risk exposure,” says Khmel.

According to Khmel, BANKEX is determined to create a better way to use the latest technology and business models to open up new financial markets and investment opportunities. For example, it uses Blockchain technology to create a market and make token-based financial instruments for banks and investors in real-estate for apartment developments allowing both parties in a low friction mechanism compared to what’s currently available. The same technology can be applied to improve the movement of private shares between venture capital companies. So if Bitcoin or (insert your crypto-currency of choice here) is our next generation money, one might think of BANKEX’s Proof-of-Asset Protocol (PoA) technology as the equivalent for new generation decentralized capital markets.

“Because of developments in blockchain, it became much easier to sell and standardize and sell bank-as-a-service model to banks on a blockchain platform. We switched, and are now rebuilding all our products on the blockchain pipeline. Blockchain will become the number one application program interface [API] for the banking industry in the future,” says Khmel.

According to Khmel, blockchain being used by incumbent banks is split into two camps; decentralised versus centralised, whereby the moral dilemma for fintech start-ups is posited between disruption or enablement of the existing banking order.

“One camp is anarchists, disruptors, and blockchain was developed by anarchists who wanted freedom from centralised banking, no regulators, so that is how it started, and they were early adopters. As soon as their product got traction, then the big banks came knocking, and at this moment, another camp using blockchain started to grow; it is still less visible than the anarchists, but it’s already close to reaching scale as it’s driven by institutional guys who want to use this tech to reinforce existing institutions,” says Khmel.

With four degrees under his belt, including Physics, Maths and Journalism from Moscow’s finest, MSU and MIPT as well as a being a Stanford Business School graduate, (Stanford by its own measure estimates its net contribution to the economy at over a trillion USD through businesses started by graduates of Stanford) Khmel’s pedigree post Stanford reads like someone said if Yoda decided to have a career change and entered banking where would he work? Well naturally, Deloitte, McKinsey, International Banks, Hedge Funds, Venture Capital. To work at any of the places in the roles Khmel has worked would be an achievement, yet to have covered it all at such a young age is the stuff legends are made of. So, it’s not surprising when someone with the mental horse power of a Bugatti Veyron started the journey to transform the banking industry that he also attracted other equally extraordinary overachievers of banking and finance, engineering, entrepreneurship and market makers to join the BANKEX circus of unicorn-trainers.

According to Khmel, getting a foothold as a fintech disruptor is not for the faint-hearted, as the giants of finance only want to work with others who have already worked within banking institutions. This, says Khmel, is what differentiates him over other niche players.

“Trying to support banks is part of the blue ocean – it’s very hard to get entry, no bank wants to work with you unless you have already worked with other banks, no bank wants to be your first customer. Credibility is everything. What we are seeing in this sector is evolution versus revolution. When you play on the institutional side, you’re part of the evolution, and it’s much slower but it’s potential is much bigger. My experience with McKinsey and Sberbank is my edge. I understand big banks internal challenges. I was previously a Judge for the global EFMA Innovation Awards in 2015, where one thousand banks from all over the world compete on innovation. I was representing Russia, and I saw how banks compete and what they do so I’m entrenched in their culture. So yes, this is my competitive edge. When niche fintech disruptors arrived on the market, 25 percent concentrated on payment consumer applications, like bank cheques in restaurants or royalty programs, this happened because they were driven by people who didn’t have experience working with banks. The problem they are solving are obvious and external transactional problems. They don’t know what’s going on within the bank – the challenges they deal with. So to work within the banking industry gave me an insight to understand exactly what some of their challenges are and how to solve them. BANKEX is B2B and we work directly with financial institutions and their partners to make the end client experience better,” says Khmel.

When discussing how BANKEX is solving clients’ internal problems, particularly when it comes to reducing lag times during the sales cycle, Khmel pointed to a current client, who deals with plenty of requests from customers who want to use their self-managed superannuation funds to purchase crypto-currency.

“One of our clients from California have tech clients who want to use their pension money for crypto currency, which is legal. Superannuation Funds have never worked with crypto-currency so they need an intermediary institution like us to help them navigate this. So we are problem-solving this right now for them,” says Khmel.

We asked Khmel whether blockchain will give way to more sophisticated and complex financial products in the future and Khmel offered two scenarios where blockchain helps to simplify and or qualify the entire value chain – across all industries.

“For sure there will be more sophisticated financial products, for example, with securitization, you need eight different parts; a trustee, escrow, a payment agent servicer etc, all of these different institutions must work together to decrease the risk of fraud and its very complex which makes securitization very expensive. However with blockchain, it can be reduced to one part instead of eight.

We also have another client, who is building a drinking water filter system, that freezes water from the river to make it drinkable – which will be great for parts of Africa and India. It costs USD 1,000 and once installed, it needs only once a year maintenance. By using blockchain and cryptocurrency – in this case a water token, we can connect the charity donation to the end customer directly without all the overhead costs of traditional charity models. One water coin is backed by 1 litre of water. All the money donated goes to water coins. So blockchain gives the possibility to track the usage of water coin consumption,” says Khmel.

It’s hard not to wonder if the banking sector had a ‘woodstock’ equivalent, whether BANKEX would be the headline act. While we tried to restrain our gushiness at the BANKEX utopian ‘evolution’ vision for the fintech space, we asked Khmel to share some parting pearls for startup founders – regardless of industry.

“It is difficult is to find direction in the consumer space and find market alignment, particularly when sales cycles are long, you need to be aligned with the industry. You may have a brilliant product but if the timing is wrong it will fail. However, five years later, someone will copy your product and succeed. It’s important to understand where the market is at. If the market is not ready for you, it doesn’t matter what you do. So surround yourself with people who can work independently of you, who have the ten thousand hour rule under their belt in terms of expertise, get ready to execute and when the timing is right, launch!” says Khmel.