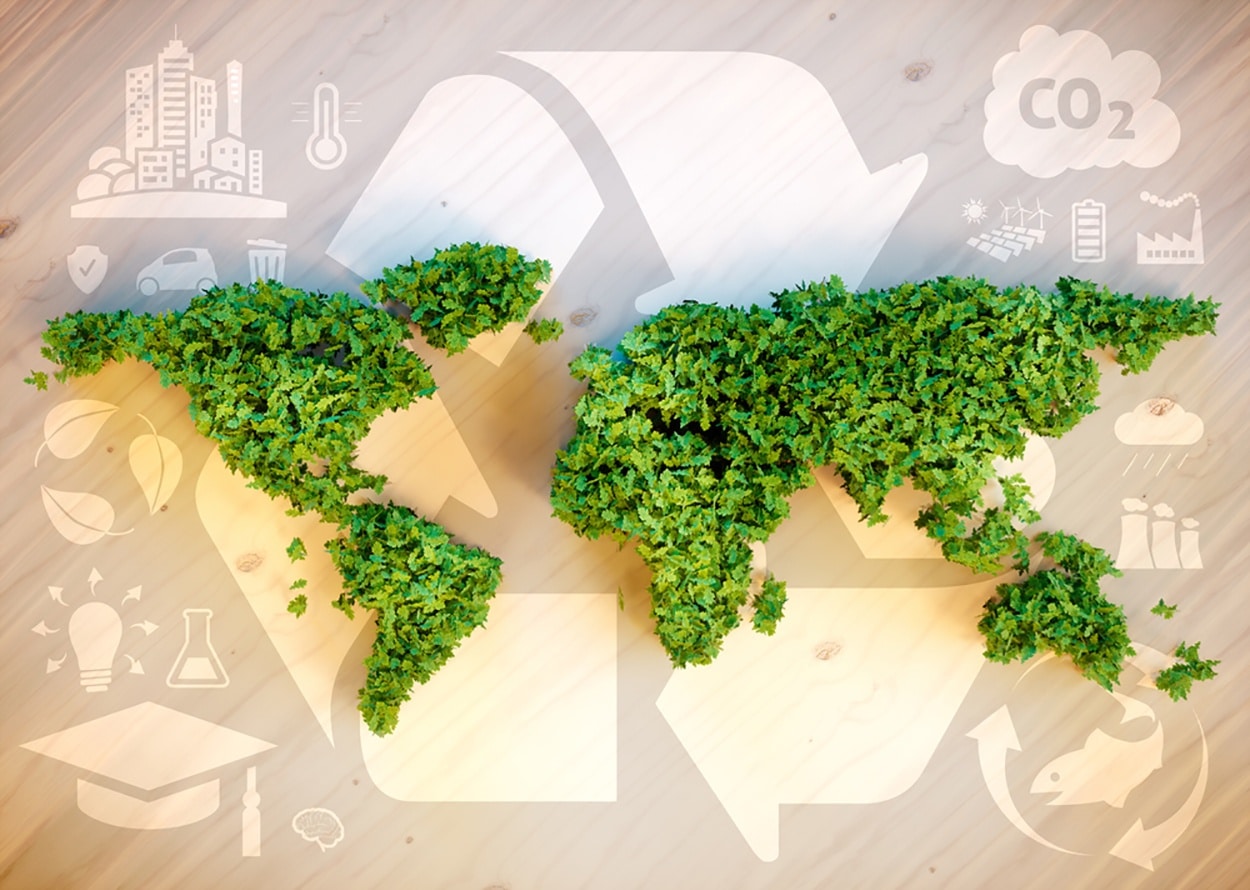 India’s target of creating an additional 2.5-3.0 billion tonnes of carbon dioxide equivalent of a carbon sink by 2030 sounds ambitious but it is achievable…

Carbon sinks are natural systems that absorb carbon dioxide, one of the key contributors to global warming.

Creating a carbon sink is part of the Intended Nationally Determined Contribution under the United Nations Framework Convention on Climate Change for curbing greenhouse gas emissions. India being a signatory to the framework, has set a target of creating additional 2.5-3.0 billion tonnes of carbon sink by 2030.

India’s forest and tree cover area, at present, is hovering around 24 percent while the National Forest Policy 1988 envisages the forest cover area in the country at 33 percent, at any point of time.

The government does not see 9 percent as a deficit, but as a goal it shall meet in due course. Ministry of Environment, Forest and Climate Change intends to achieve the remaining 9 percent through afforestation in non-forest areas and degraded forest lands.

In the past two-to-three years, the country has managed to increase its forest cover area by 5,081 square kilometres which is good enough to absorb 370 million tonnes of carbon dioxide.

According to a Government Think-tank the National Institution for Transforming India or NITI Aayog, the total forest cover as of 2013 was 697,898 square kilometres which is 21.23 percent of the total geographical area of the country.

The National Afforestation Program, since its inception around 2000, has contributed 15 percent to overall afforestation activities, according to a government data. Around 2.1 million hectares has been approved for afforestation, with an investment of over AUD747.53 million.

The Government has launched a scheme to prevent urban forests (in cities) from encroachments. It will be sanctioning over 407,243 AUD every year, on identified forest land between 20 and 100 hectares.

On the identified degraded forest land, the Government aims to rope in private industrial houses to grow forest and harvest it for their use, without transferring the ownership of the land. The move once implemented, will not only help in creating a carbon sink but also reduce dependence on timber imports which costs India roughly AUD8.15 billion per year.

Kayaking through the dense mangroves forest in Havelock Island in Andamans is an experience which can only be felt and not described. The forest cover has increased by more than 100 square kilometres, in total, at 38 sites with mangroves forest in the coastal areas in the country.

The real shot in the arm will come with the implementation of compensatory afforestation fund, a fund created on the orders of Supreme Court of India to minimise damage caused and for rehabilitating people and wildlife affected by deforestation and other activities.

The user agency which diverts forest land for a non-forest activity has to deposit a prescribed amount with a central ad-hoc committee. Over AUD 8.55 billion meant for compensatory afforestation has been laying unused with this ad-hoc committee in the absence of a proper disbursal mechanism.

With the passing of a Compensatory Afforestation Fund Bill in 2016 in both houses of Parliament, India is a step closer. The bill, which is awaiting a Presidential nod is expected to institutionalise the utilisation of this fund making accruals and disbursals efficient and transparent.

The Environment Ministry is also in talks with ministries like the Ministry of Road Transport & Highways and Ministry of Railways to plant trees along the highways and railway tracks and turfing the land with grass and shrubs.

Prime Minister Narendra Modi has pledged India’s commitment towards a green and sustainable path to economic development with a caveat that the path towards such an endeavour should be on the principles of equity, and common, but differentiated responsibilities that should also adhere to the principles of climate justice.

“We the present generation, have the responsibility to act as a trustee of the rich and natural wealth for the future generations. The issue is not merely about climate change, it is about climate justice,” says Prime Minister Modi.

While India is the third largest producer of greenhouse gases, it trails the US and China by a distance as far as emission levels are concerned. India is still a developing economy, unlike the US and therefore its approach towards sustainable development is worth recognising.

Among the Intended Nationally Determined Contributions, achieving 40 percent cumulative electric power installed capacity from non-fossil fuel by 2030 and reducing emission intensity by 33-35 percent from 2005 levels by 2030 are other initiatives India has pledged to reduce greenhouse gas emissions.

India also features among 24 developing countries that are working towards adopting an emerging technology — Carbon Capture and Sequestration (CCS).  Development is nascent while India explores the full scope of CCS.  The technology involves a three-step process comprising capturing carbon dioxide from its point source, transporting it and then storing it away from the atmosphere.  Carbon dioxide can be stored in geological formations like the deep saline aquifers, basalt formations, unmineable coal seams and depleted oil or gas reservoirs.

While India is still at the stage of developing capacity, planning and pre-investment, the industrial sector has taken the first leap and proposed a few projects for carbon dioxide mitigation and recycling. For instance, Oil and Natural Gas Commission has proposed an experiment to test enhanced oil recovery through carbon dioxide injection into a depleted oil reservoir in Ankleshwar in Gujarat. Another state-run company–National Thermal Power Corporation has tested a project to sequester carbon dioxide in open pond using algal technology, on a pilot basis. Among the private ones, Tata Steel is working towards clean coal and carbon capture research.