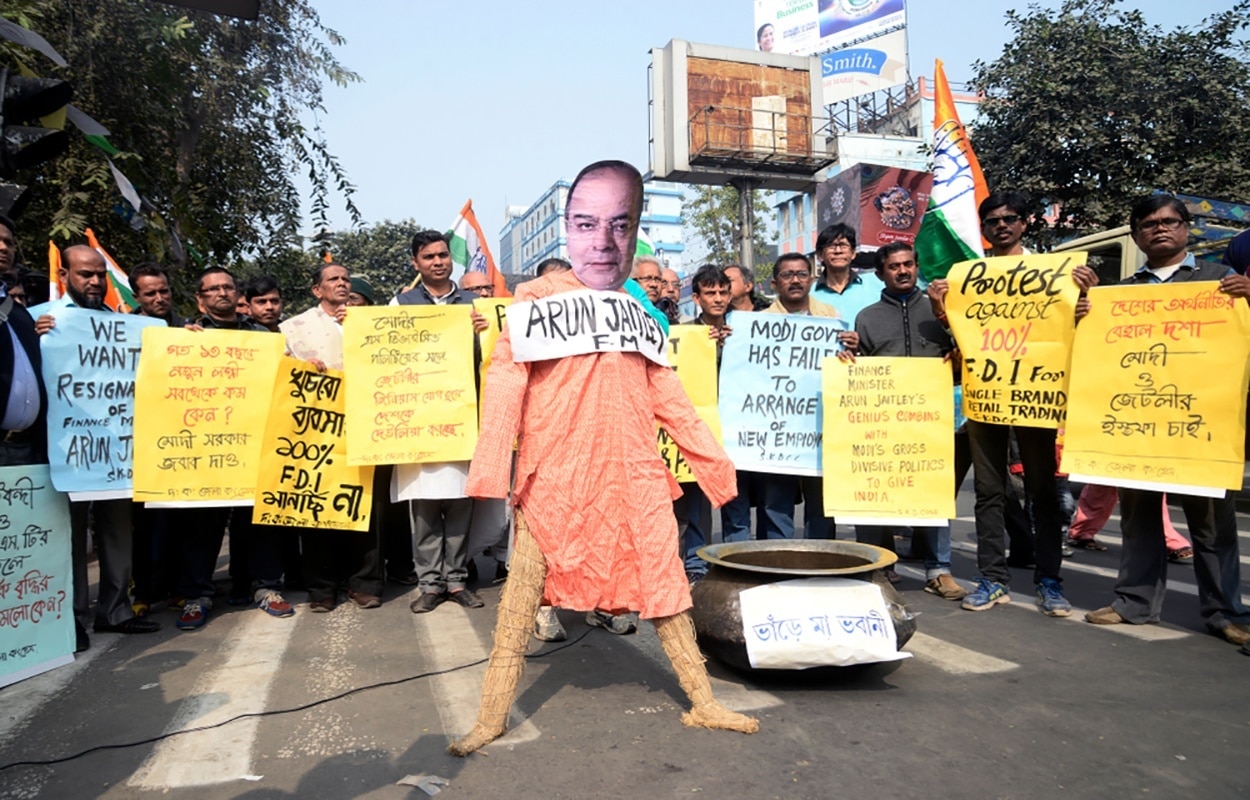 Investors have not taken the Indian Government’s move to impose a 10 percent Long Term Capital Gains tax on gains exceeding 100,000 Indian rupees (USD 1,558) on equity shares as of 1 April 2018 lightly, with the aftershock of the announcement in the 2018-19 (Apr-Mar) union budget felt by all.

Around 82 billion USD of wealth was eroded within three trading days since the tax change announcement on 5 February 2018.  The BSE (Bombay Stock Exchange) fell by 1291.83 points which was a 3.6% fall from the 31 January close.

The long-term capital gains tax will come into effect from 1 April 2018. This year’s budget 2018-19 (April-March) has reintroduced the provision of taxing long term capital gains after almost a decade and a half.

The plummeting in stock prices is not without reason and has more to do with immediate market sentiment, with the announcement contributing to its move south.

The government has also not indexed the equity stocks against inflation which has negated its advantage over debt funds which have a higher long term capital gains tax at 20 percent, but are inflation indexed, something that has irked the investors more.

Trade pundits believe that the volatility in market is likely to continue till the dust settles in, which may herald behavioural changes among investors.

Industry experts are also of the view that the move is likely to make India a more expensive investment destination in Asia and divert investors to less expensive countries.

The government’s efforts to crack down on investments through tax havens may take a back seat as investors may try to take advantage of India’s tax treaties with other countries like Mauritius and Singapore to route investments to India, experts opined.

Another reason for the rising negative sentiment is the continuation of Securities Transaction Tax (STT) which was introduced as an alternative to Long Term Capital Gains tax on equities. India is the only country to collect STT and long term capital gains tax.

STT is a tax which an investor has to pay on every transaction on securities listed on the stock exchange, be it shares, derivatives or equity oriented mutual fund units.

According to a recent media report, comparisons are also being made with gains up to 100,000 rupees whereby the effective return on investment is pegged at 11 percent while gains above 100,000 rupees dropped from 12 percent to 10.8 percent.

The government has given some relief to investors by grandfathering gains made up to 31 January (day preceding the budget announcement) which means no tax will be imposed on gains made till that date. However, the grandfathering clause invites its own share of problems for fund managers owing to its technicality. There may be a short-term effect on Foreign Institutional Investors as the tax compliance will increase operational costs.

The latest move however, has some positives for investors too. The current market situation will drive greater investment churn as the incentive to retain stocks for a longer duration has gone. It is projected that investors will not wait for the year to end before selling stocks as the difference between the short term and long-term capital gains is only 5 percent. This presents greater freedom for investors to redeem equity investments.

The Indian government, however, has made its intention clear that it would not reconsider its decision on the imposition of a levy.

The government says investors have made huge gains for an extended period of time by not paying taxes on long term gains and it was time that they part with some of it in the form of taxes.

Finance Minister of India Arun Jaitley says that the tax exemption on long term capital gains tax on equities posed an inherent bias against the manufacturing sector, which paid more taxes, resulting in diversion of money towards a particular asset class.

Jaitley argues that the sudden fall in stock markets should be seen in light of global sentiments and has nothing to do with the announcement of long term capital gains tax. Major markets across the world demonstrated a falling trend in February 2018.

Two days before the announcement of budget, the Government of India’s Chief Economic Adviser Arvind Subramanian had urged investors to exercise caution while making investments, expressing fear over the alarming increase in prices of stocks.

Market players were expecting the valuation bubble to remain there for some more time, before the correction started. This was prior to the announcement of the new tax regime on equity shares. Market dynamics have changed since then.

The Sensex climbed by over 45 percent since January 2017 while the market capitalization has gone up by the same amount. The rise in mid-cap and small cap stocks have been higher than that for blue-chip and large-cap stocks.

In notional terms, investors in Indian stocks have become richer by almost USD 780 billion.  The country has moved up a place in the past year in the pecking order of nations with the largest market capitalization, at USD 2.45 trillion.

nextImpact of Social Media on Organisational Culture and Performance