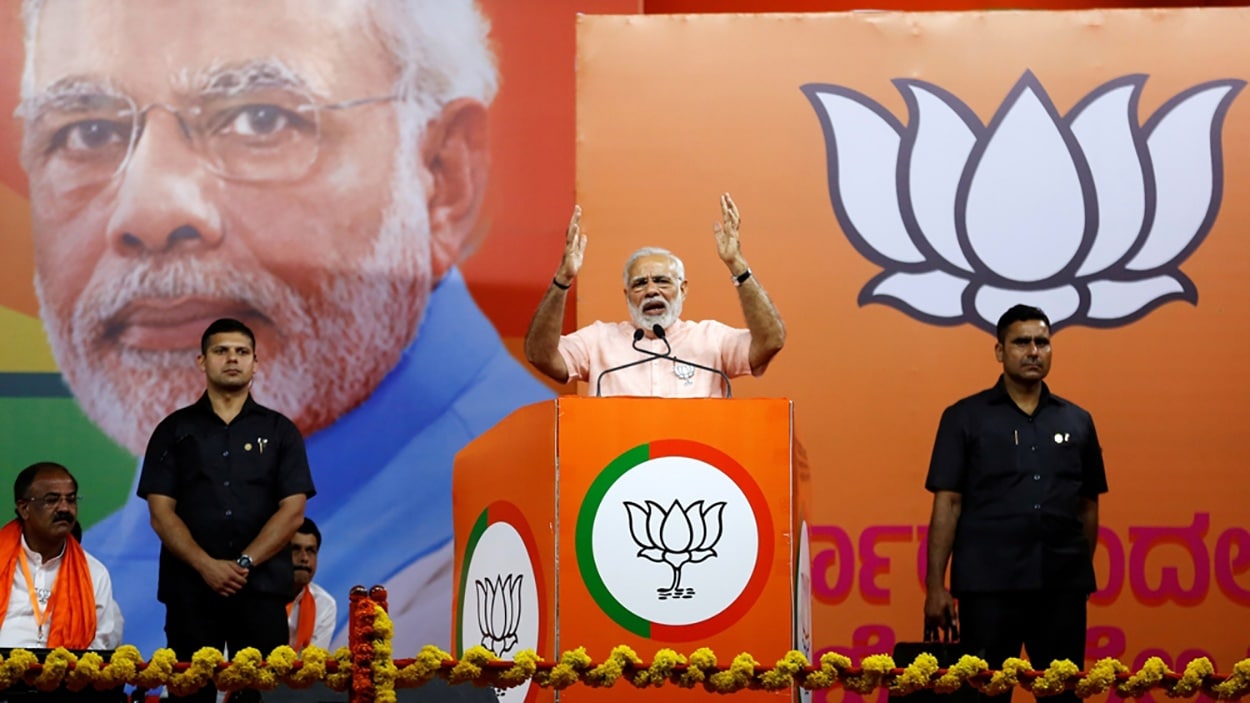 India’s General Election heats up as Prime Minister Narendra Modi’s pledge to create 20 million jobs annually while he was a prime ministerial candidate five years ago is facing criticism over the Government’s perceived failure to live up to a cornerstone election promise. The Government says it’s a made-up crisis based on a lack of credible employment data.

A recently leaked job survey report by National Sample Survey Office (NSSO) puts unemployment in the country at a 45-year high at 6.1 percent. The NSSO is a Government Department working under the Ministry of Statistics and Programme Implementation.

The Government is being accused of supressing uncomfortable data, including statistics that point to a looming job crisis.

According to a recent survey conducted by US-based Pew Research Center, the study claimed 67 percent of the respondents believed the job scenario had become worse under the Modi Government while 21 per cent believes the economy had improved.

Local media is replete with reports stating how engineering and management graduates were taking up jobs that were not commensurate with their education.
Sectors like manufacturing, construction trade, transport, IT/BPO, education and health are top employers in the country, however available data slow growth.

For example, the manufacturing sector generated only 200,000 jobs in seven quarters.

Manufacturing and IT/ITES related jobs are also declining because of growing automation and adoption of technology.

In the Public Sector, there are around 2.9 million posts vacant in State and Central Government Departments.

In the rural economy, there are reports of a slowdown in consumer spending due to low rural incomes. Women are reported to have been the hardest hit. According to NSSO’s Periodic Labor Force Survey (PLFS) for rural women aged between 15 and 59 years, job participation fell by half over 15 years, from 49.4 percent in 2004-2005, to 24.6 percent in 2017-2018.

Under the Indian Government’s job guarantee scheme – the National Rural Employment Guarantee (NREG) – more people are now enrolling to become beneficiaries of the Government’s largesse. According to a report by The Indian Express, despite a record outlay for FY2020, people are likely to receive the lowest hike in wages since its inception in 2006; Even with a rise in budgetary allocations, there are increasing numbers of workers entering the scheme that the Government will need to find ways to accommodate.

The reason for poor rural wages hike has been largely due to rural distress post demonetisation, whereby the Government banned high denomination notes of INR 500 and INR 1000 in November 2016.

Single incomes or low household incomes are also pushing people to do away with outsourcing household services. This has further aggravated problems for people living on subsistent wages.

In 2018 alone, over 10 million people lost their jobs according to a report published by a Delhi-based think tank, the Center for Monitoring Indian Economy (CMIE). The report claims that between 2011-12 and 2017-18, around 47 million jobs were lost. Within two quarters, the manufacturing sector witnessed a loss of almost 100,000 jobs. The twin shocks of demonetisation and implementation of Goods and Services Tax have also played their part, the survey said. The CMIE study showed 1.5 million jobs were lost in the first four months of 2017 because of demonetisation.

In a statement released by the All India Manufacturers Organisation (AIMO) demonetisation and GST are being cited as the primary reasons for 3.5 million job losses in SMBs and SMEs.

While the Government has dismissed any adverse impact due to both changes, then-chief economic advisor Arvind Subramanian on-record called demonetisation “a massive draconian monetary shock”. He said that together with GST the economy slowed down from 8% to 6.8% in seven quarters that followed.

According to the analysis drawn from the report, India presently has 286 million employed men. India is experiencing shrinking in male employment numbers. The number of men working in the country reduced from 304 million in 2011-12 to 286 million in 2017-18. The shrinkage was more in rural sector at 6.4%, compared to the urban sector, which recorded the slide at 4.7%.

A local business daily report says that only one out of eight graduates are able to land employment. India is adding between 5 and 6 million graduates to the workforce every year, however, it is being reported that some graduates are choosing to remain unemployed. This has been attributed to unattractive salariess, especially when remuneration does not cover the cost of migration.

The Government argues that it is impossible for India to grow at over 7% if there were no job creation. The Government cites approval ratings from several credit rating agencies and also reports from World Bank and International Monetary Fund (IMF) who have predicted a high growth for the Indian economy. Rating agency Ind-Ra has projected India’s economic growth in 2019-20 to remain at 7.5 per cent.

The Government has also denied any suppression or manipulation of data.

Many economists feel that the crisis has been aggravated because of a spill over effect from the mainstay agricultural sector. With nearly half the population employed by agriculture, there is a situation of over employment and the sector has not been able to absorb such huge numbers.

Also, many believe that India is paying for its own demographic dividend as the youth are more aspirational and educated now than in previous generations. With the population size like India, it is very difficult for secondary and tertiary sectors to generate so many jobs for a growing middle class.

Rajan, in a recent interview says that India will have to produce more jobs for the moderately educated people to arrest this crisis. Students passing from premiere institutes still find it easy to get jobs.

On its part, the Government is doing its bit to develop infrastructure but more needs to be done to expedite it, opine many. They also call for an increased private participation.

India will also have to provide the right ecosystem for start-ups and self-employment opportunities to generate more employment. There are also calls to revamp restrictive labour laws to alleviate unemployment pressure.