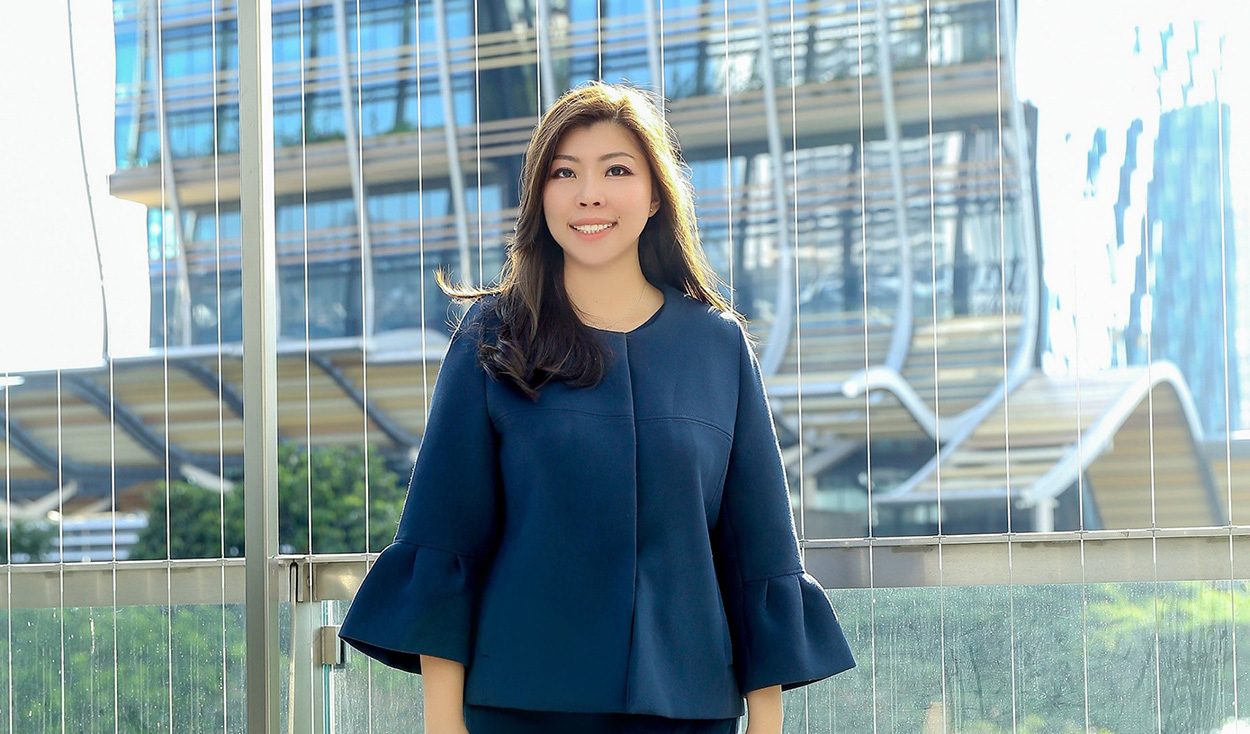 Infrastructure development is a vital need and a key economic driver in emerging Asia. The Asian Development Bank (ADB) estimates that developing Asia will need USD 26 trillion between 2016-2030, or USD1.7 trillion a year, in infrastructure investments to continue growing at current rates.

The region already invests USD881 billion in infrastructure annually and dozens of projects are underway across the region, with nearly 50 projects worth USD9 billion approved by the Asian Infrastructure Investment Bank (AIIB) alone. But this is only scratching the surface. To sustain growth and meet the demands of a burgeoning, upwardly mobile population, policy makers recognise that they must continue to focus on expanding transport links and enhancing access to basic services, such as energy and water.

From global powerhouse China to regional growth engines like Indonesia, Vietnam and the Philippines; from the Indian subcontinent to the frontier markets of Southeast Asia; projects are being financed by multilateral institutions such as the ADB, the AIIB and the World Bank, as well as the private sector.

Manila-headquartered ADB is expanding to Singapore to facilitate the channeling of private sector financing towards infrastructure projects throughout the region where even developed markets like Japan, Australia and New Zealand are facing a combined investment gap of over USD250 billion.

According to the AIIB, which plans to fund infrastructure projects up to USD12 billion annually in the coming years, there is keen interest from the private sector, despite current market uncertainties posing short-term challenges.

Transport projects are in the spotlight as Asian economies ramp up road, rail and air links to connect their populations to economic hubs. This is both a symptom and a stimulus of the rural-urban migration trend in emerging economies as people flock to vibrant cities for opportunities. And as cities expand to accommodate this influx, existing infrastructure rapidly reaches peak capacity, thus requiring an upgrade – a phenomenon best exemplified by the profusion of metro projects across Asia.

As the emerging markets push to provide their populations with access to clean energy, water and sanitation, these areas are also attracting investor interest. The World Bank notes that sustained efforts are needed to meet the global energy targets outlined by the United Nations Sustainable Development Goals (SDG), with over 700 million people in Asia Pacific having no access to electricity.

Asia’s growing heft in the world economy – the ADB predicts that the region will contribute more than half of global GDP by 2050 – and its improving political stability, are pulling in funds from public institutions and the private sector. Despite concerns of a slowdown triggered by the likes of near-term issues such as the US-China trade war, emerging Asia will continue to offer attractive long-term project finance opportunities for years to come.

“Ease the strain and go by train” goes an old saying. Indonesia put this to the test recently when President Joko Widodo and his political opponent, Prabowo Subianto, came together for their first meeting following a months-long dispute over the outcome of the general election. The fact that they sought to bury their rivalry at the inauguration of the long-awaited Jakarta metro emphasised the importance the region’s leaders place on infrastructure.

Transport links are vital for economic development in Indonesia – an archipelago nation of over 17,000 islands that’s Southeast Asia’s biggest economy and also one of the world’s most populated. The 16-km metro link is viewed as a concrete step forward to relieve congestion in the traffic-choked capital, with further extensions planned in coming years. There are other transport links in the works as well, such as the Jakarta-Bandung high-speed train, which is expected to become operational by mid-2021.

Indonesia is also working towards reducing its reliance on coal-fired power plants, targeting to meet 23% (up from 12%) of its electricity needs from renewable sources, a goal that ties in well with the UN SDG of universal access to affordable and reliable energy.

The motto of Philippines President Rodrigo Duterte’s government could well be a stand-in for all of Asia. The country’s leader has promised to install infrastructure worth nearly USD160 billion, including the first subway network in metropolitan Manila, as part of the ‘Build, Build, Build’ scheme which includes 75 projects.

Among other key plans for infrastructure enhancement in the country is a USD14 billion airport – the Philippines’ most expensive to date – in Manila. The Philippines has also earmarked nearly USD40 million to upgrade six other airports across the country.

Vietnam, one of the region’s fastest growing economies, is working towards significantly boosting its power and transport facilities. It is estimated that the country will meet over 83% of its infrastructure goals by 2040 for which it will need investments of over USD600 billion.

Vietnam recently inaugurated a thermal power plant and is planning several other power projects, which will be funded by public-private partnerships (PPP). In a country where only 19% of roads are paved, the two major metropolitan hubs of Hanoi and Ho Chi Minh City – home to half the country’s population – are building rapid transit links at a cost of over USD22 billion.

Meanwhile, as manufacturers move their production facilities from China, due to rising labour costs and as a reaction to the trade war, foreign direct investment flows are boosting Vietnam’s industrial parks and special economic zones.

China stands in a league of its own when it comes to infrastructure development. The country’s efforts towards its global Belt and Road Initiative (BRI) and in fostering the Guangdong-Hong Kong-Macao Greater Bay Area are well-documented.

The government’s focus is now shifting to accelerating other areas of infrastructure development. It is counting on investments in energy and high-tech infrastructure to help boost the economy, which grew at 6.2% in the second quarter of 2019 – its slowest growth rate since 1992 but well within the target range – as the country suffers from the ongoing trade war with the US.

China is also investing in building its social infrastructure by emphasizing issues like urban planning, education and healthcare, where, despite capacity for elder care more than tripling since 2007, it remains far short of targets.

Asian markets run the gamut of the economic growth cycle, which means there are several frontier markets quickly climbing up the value chain, affording fresh opportunities for expansion.

Bangladesh remains a priority for AIIB, which estimates that the South Asian country will need annual investments of USD24 billion in infrastructure to become a middle-income market. Sri Lanka, which has received foreign funds for various projects, including from China as part of the BRI, is planning a whole new city built on reclaimed land at an estimated cost of USD15 billion.

Elsewhere, Myanmar and Cambodia are slowly opening up to foreign investors, looking to build the infrastructure they will need in the years ahead. ADB estimates Myanmar will need investments worth USD60 billion in transport infrastructure by 2030 while Cambodia is expected to require USD16 billion by 2022 to maintain growth.

India, the other Asian giant, and one of the world’s fastest-growing major economies, also presents significant opportunities. The country, which has mainly been a domestic play, requires nearly USD800 billion in infrastructure investment by 2022, and continues to open up key sectors to foreign participation as it seeks to emulate China’s blockbuster trajectory. The government is investing in building smart cities, new airports, and hundreds of kilometres of metro rail links in cities across the country. Meanwhile work on a high-speed train is underway, in partnership with the Japan International Cooperation Agency, to connect Mumbai to Ahmedabad.

While these markets offer a lucrative range of opportunities, companies keen on exploring them should be mindful of the risks inherent in a move to any new business environment. TMF Group’s latest Global Business Complexity Index can attest to this, with most of the countries mentioned here ranking among the top 30 most complex.

Profitability: Infrastructure projects tend to have long gestation periods, with some lasting several decades. It’s difficult, yet crucial, to conduct accurate projections of capital and cash flow needs as well as profitability over extended periods of time. This can ensure projects stay viable, are successfully-completed and eventually generate healthy returns.

Political stability: Asia is a mosaic of diverse cultures and customs, which makes conducting business there a challenge. The political environment also tends to vary, featuring democracies like India, Indonesia and the Philippines, and state-controlled markets such as China and Vietnam. Emerging markets pose issues such as regulatory uncertainties, red tape and corruption, which can impact the success of any business endeavour.

Parachute option: It’s essential to have an exit plan. Businesses operating in foreign environments are best served by knowing when and how to safely leave a market if things start to go badly wrong.

Understanding the local landscape and evaluating risk is key. Given the long-term nature of infrastructure projects, there is a real possibility that political, business and regulatory trends will change over the course of a project’s life cycle. It is prudent to anticipate and prepare for this with the help of a partner with expertise in local issues, such as TMF Group.

nextData Responsibility will be a Desirable Key Differentiator