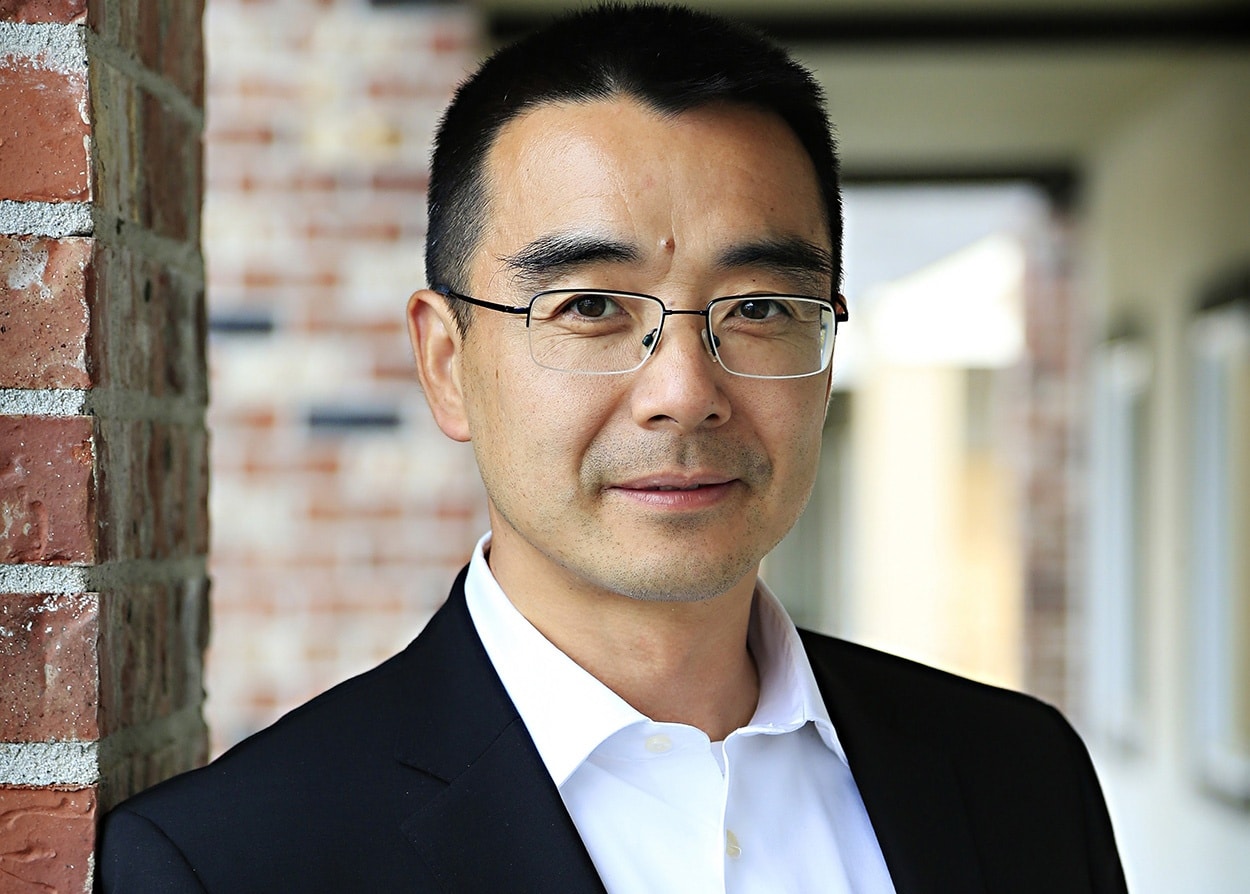 OpenText Head of Technology Lan Wang discusses workforce readiness, as AI, automation and robotics become an increasing part of our daily lives, the creation of efficiencies in the delivery of products and services will be a key consideration in how we govern change.

The Singapore Government is making continued technology investments in a bid to boost Singapore’s strategic capabilities and overall value proposition under its Smart Nation mandate.

The public sector is known to be one of the biggest recipients of these advanced technologies, and they are the first to put new tech in use and eventually motivate organisations to follow suit with more growth and innovation.

According to the Economist’s Automation Readiness Index, Singapore is ranked as the third most prepared country in the world for the coming wave of intelligent automation, just behind South Korea and Germany.

To determine Singaporeans’ perceptions of automation in the public and private sectors, we spoke with OpenText Head of Technology APAC Lan Wang about the findings of their 2019 survey which indicates a willingness among younger generations to embrace new technologies across the board.

“There are three things that jump out at me. If you look at who participated survey, the majority are early career individuals with a college education. I think this represents a broad section of the workforce. The second part is that these groups of people all see an opportunity to work alongside automation, machines, robots to improve service levels. The last point referred to their readiness to acquire new skills in order to work alongside these new technologies. These three points summarize the Singaporean mentality,” says Wang.

According to the survey findings, robots may be the key to the delivery of quicker and more effective services, with healthcare (45 per cent) and citizenship/ passports (40 per cent) expected to benefit most from AI. Within the public sector, robots may set to disrupt job roles as over 67 per cent respondents that their job roles are impacted by automation, robots and AI; and, Singaporeans are keen to work alongside robots, despite the potential impact it may have on their jobs, with over 69 per cent of respondents indicating that they would encourage their employer to adopt AI or robotics to reduce admin tasks.

While there are obvious sectors that will benefit greatly from automation like manufacturing, logistics and finance, we asked Wang his view on how non-traditional sectors may be impacted. Wang says every company needs to be prepared and will require tech to remain competitive. In this sense, every company has to be a digital company. From a technology standpoint, artificial intelligence in general, it is revolved around technology that can perceive, process and take action.

“OpenText helps Governments manage crucial documents as we’re an enterprise information management company. In the past, most companies used our technology as a type of electronic filing cabinet to safeguard important documents. However, today, tech now automates the routing of those documents. That’s what we have been successful at over the past decade; not only safeguarding documents, by checking who has access, viewing rights, automated approval process and, we also see a natural language processing capability come into the picture, in terms of analyzing user sentiment. These are some of the things around perceiving and processing of information. The next stage is prescriptive action i.e. what to do with that information? In Southeast Asia, I think the most heavily impacted industry would be financial institutions who are still in the process of transforming their business from paper based into digital,” says Wang.

Traditionally, financial institutions, used mostly manual and print processes for administrative, compliance and analytic tasks. This requires employment of thousands of people who are copying and pasting information from one screen to another. The banking sector may undergo a workforce realignment of nearly 70 percent of traditional roles being made redundant due to machine learning and automation in the new few years.  Seismic shifts are expected for the legal sector too, where automation is predicted to radically change billing and open the legal sector to challengers, making the cost of quality legal advice much more accessible to everyone; much in the same way the Telco sector – MNOs – experienced major competition from smaller MVNO players in the past decade.

While there is plenty of debate around how things may change, the question of preparedness for mass unemployment and the opportunity and funding during transitions to re-skilling and reemployment appears to be little addressed. Advocates for Universal Basic Income as one way to re-dress the projected fall-out still doesn’t really resolve the question of preparedness – nor the basic human desire for total personal agency – in which livelihood plays a central role. On this question, Wang says adaptability will be key to survival.

“One of the greatest ideas is a free market economy, and the adaptability of human beings. I’ve seen a lot of financial institutions aggressively adopting new tech, at the same time, they are retraining employees. I think in the future, as computers take over tasks and generate results, there’s still a huge need for human intervention. Our roles will become interpreters of data. We put them into two categories. One is the category that a human will help machine or robots; lots of algorithms are needed for training, like supervised learning. There’s the need for interpretation, understanding and refining the algorithm, which leads to a third party, which is a sustained. We have to constantly adjust and adapt the algorithm to really make the business interface with customers better. The psychology aspect, behavior, has to be interpreted by humans. The other category of the human role in a highly automated world, is based on limitations in terms of memory, calculations, and volumes of information recall and retention. I think AI will help elevate the capability of humans. It will buy us time to be more creative to generate new things,” says Wang.

As a technologist by nature, Wang says for the last 200 years, technological advancement, automation has been prevalent. From mechanical power replacing manual labour in agriculture and manufacturing for example, machine precision brought us mass production. According to Harvard Professor Kramer in early 90s, his question, why hasn’t automation eliminated all jobs, Kramer argued that as a complex enterprise, as a system gets more complicated individual components, the remainder components within the system becomes more important. This applies to the perspiration versus inspiration idea around our daily work. To this end, Wangs says more automation improves the overall reliability of a complex system.

The other principle that’s widely accepted by Economists is the ‘never get enough’ principle. In the US, at the beginning of the 1900s, 40% of its entire employment was based in agriculture, and 100 years later, it’s only 2%. Within 100 years, mechanization of labour, tractors, irrigation, fertilizer etc created new industries, from machinery, refrigeration, transport, logistics etc created more jobs. On this premise, Wang argues that adaptability, on the part of the human, means they’ve managed to find new work, it just may not be in the same industry or same type of work.

“The productivity gain from industry sectors that are being automated always create new jobs. So this goes back to how ready are we? Ultimately, how prepared are we for the future? If we go back to our survey, I think the younger generations are already there, they have the education, they have the willingness, the attitude that things could be better; they’re willing to change skill sets to deliver better customer experiences,” says Wang.

The question of data handling and privacy, whereby consumers are being asked to trade private information for extreme convenience and highly personalized service presents an interesting tension. We asked Wang his thoughts as both an SP and a consumer himself.

“As a consumer, I want the option to opt in or opt out at anytime. I think that will determine future exchange. Facial recognition is a hot topic. A lot of cameras already have those capabilities. But companies who owns those cameras really have a responsibility to its customers to safeguard information. We are in the business of helping enterprises stay compliant on customer sensitive information, company sensitive information. And with the application of AI, our platform is called Magellan, we have various different tools that we can provide companies who are willing to leverage modern day technology to safeguard information,” says Wang.

On the question of how automation increases yield and productivity and reduces operational costs at the expenses of human jobs, we asked Wang, from an ethical perspective, his view on whether there should be a mandate that super profits generated by automation should be passed on to the consumer, rather than these profits benefitting a few shareholders.

“On one side, Government regulates industry and I think they have a role to play. But it’s about finding a balance between what the Government intervenes versus the free market economy. There will always be a tendency to return to profit and the consumer benefits from strong competition. My view is let the market dictate the right price and value. For example, predictive analytics may apply to insurance. Age, gender, previous track record, claim history etc, algorithms can do unbiased analysis on individuals to arrive with an overall score – or propensity to claim – and pass this saving in premiums onto the customer,” says Wang.

According to Wang, we live in exciting times due to the degree of predictability access to data affords us.

“I am excited about the younger generation coming up into the workforce. They are more aware of the benefits technology can bring. They just get the power of technology and they are prepared to do what’s necessary to adapt,” says Wang.

(Ed. Prior to joining OpenText, Lan Wang worked in leadership roles at DellEMC and Compaq; with a full perspective across the technology stack. Wang’s most recent engagements involve applications of Machine Learning, NLP together with No-Code/Low-Code Process Automation tools and he is an advisor to a number of North American and APAC companies. Featured image of Lan Wang provided courtesy of OpenText.)