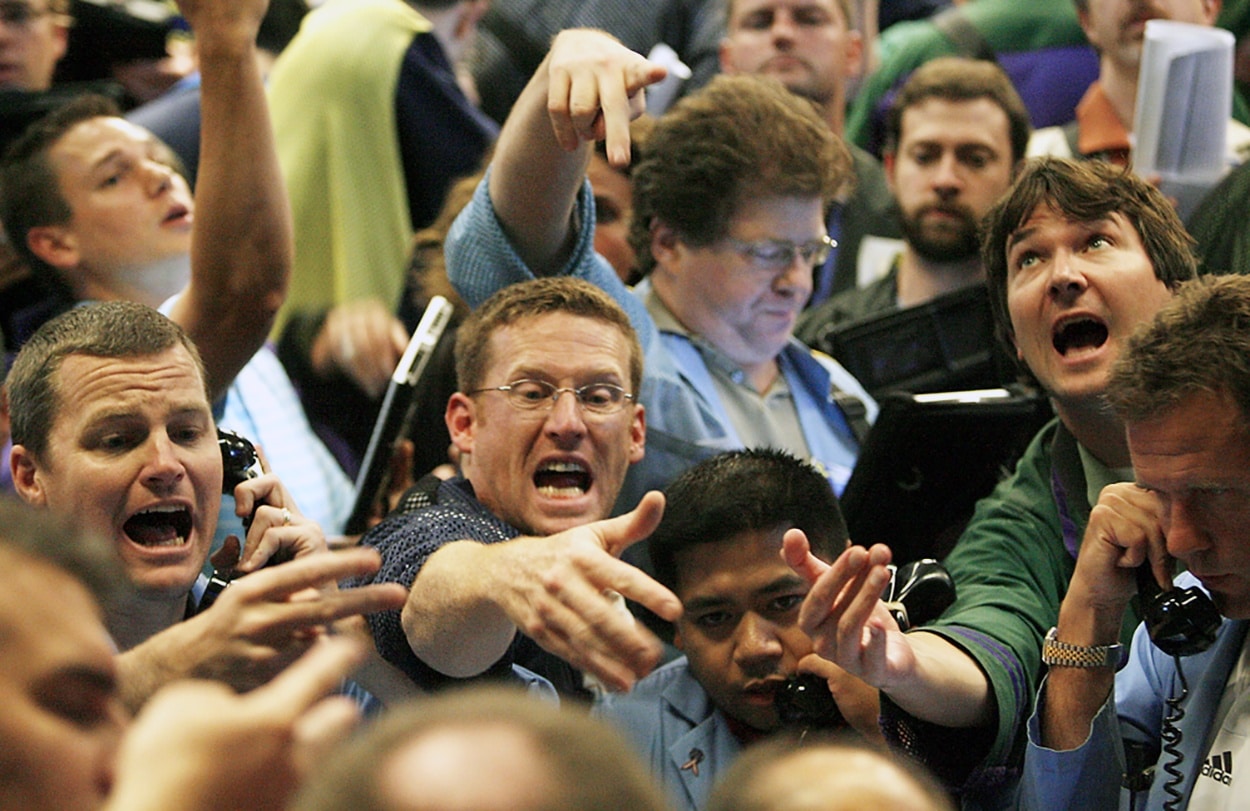 PsyQuation CEO and Behavioural Economist Dr Michael Berman argues that thanks to the Corona Virus, financial markets are infected by a behavioural contagion which may drive greater and more unpredictable, volatility.

We have all read more than our fair share of Corona Virus stories and witnessed the fear and panic spread across the world financial markets, economies and psyches of traders at what seems to be a far greater pace than the “basic reproduction number” (R0) of Covid-19. The question we should all be asking is why?

To answer this question, we will need to go back in time to provide some much-needed context. I am not a virologist. I am a behavioural economist so with that in mind lets understand what American economist Hyman Minsky meant by his “financial-instability hypothesis” which he first developed back in the 1960’s.

To put this hypothesis in lay man’s language he posits that stability can become destabilising because it leads to complacency and expectation. The more we become used to a certain type of environment the more complacent we become with that environment and the more we expect it to continue. For Minsky his theory had three distinct phases which all relate to debt. Remember that word debt? After all debt was the very cause of what started the global financial crisis in 2007-2008 and has been the drug that central banks and politicians around the world have been using at currently toxic levels to “cure” the problem.

Yes, it is true. To cure the problem caused by too much debt we have issued more debt.

Coming back to describing Minsky’s 3 stages of debt which he called the Hedge, Speculative & Ponzi stages we will start to gain an understanding of how the seeds for today’s instability were sowed by the central banks desires to eradicate the business cycle or any other way for the economies of the world to naturally correct their excesses and rid themselves of complacency.

Hedge Phase – the debt is used to purchase assets that produce cash flow to cover the interest and principal payments.

Speculative Phase – here the debt used to purchase assets produces only enough cash flow to cover the interest payments but not the principal.

Ponzi Phase – in this phase the cash flow from the assets is not enough to cover even the interest payments, let alone the principal. In this phase the system is totally reliant on increasing asset prices to enable borrowers to refinance so they can keep their debt obligations in place. It is during this Ponzi phase that the system encounters its “Minsky Moment”.

I am sure you can all take this model and reflect in your own lives how you come face to face daily with it through the asset inflation from your house and stock portfolio or your neighbours, if you are not part of the 1% and have to watch with ever growing despair and envy how 99% of the world population is being left behind through this great asset inflation for the “haves”.

We have all heard from the experts that the central banks will save the day, they have our back, they can always print more money and drive interest rates down and governments can spend and dish out money through deficit spending. However today interest rates are below zero through Europe and Japan with the US and Australia and other countries coming pretty close to zero; the question we should be asking is how much more can they do for us or more accurately the one percent?

Before we move on, I think it is important that we don’t rely on the words of a brilliant American economist or yours truly. Let us understand a little from the world of physics and mathematics by way of complexity theory to help underpin the foundations to the theory being proposed.

In my home library I have a few books by physicist Mark Buchanan. The one that John Mauldin made famous was his book called, Ubiquity in which he describes what is called a “critical state” from complexity theory as described via the Sandpile Game and its discoveries by physicists: Bak, Tang and Wiesenfeld.

These scientists wanted to discover what caused avalanches. They wanted to understand why an additional grain of sand could topple what seemed like a stable sand dune. It turns out that while the overall structure may look stable on the outside, within the structure there are pockets of instability called “critical states”.

Getting to the crucial part of this story is the fact that it turns out to be impossible to predict which new grain of sand will lead to a collapse.

In order to understand what role fear plays on traders and how fear itself is impacting the behaviour of our society in connection with the Corona Virus, we need to understand how this powerful emotion called fear is transmitted from one person to another.

In 1885 Gustave Le Bon in his book “The Crowd: a study of the popular mind” we are taught about contagion theory and how the collective behaviour of a crowd can cause a hypnotic impact on individuals. While the term contagion is well known for describing the transmission of disease such as virus’s it is also a useful way of describing how people’s emotions can be spread to cause irrational behaviour when engaged within a group.

This picture reflects the stock shortages of toilet paper in all the major super market stores in Australia. Somehow an irritational fear of running out of toilet paper caused a mad run on buying toilet paper that saw suppliers unable to cope. The more people spoke about the shortage the more people went and bought out of fear of being left short.

Ok, let me bring this all together. I titled this article, Market Panic Correctly blames the Corona Virus Incorrectly. This may sound confusing, because it is. People tend to confuse the true cause of events they cannot explain. As Nietzsche says, “to trace something unknown back to something known is alleviating, soothing…”

The US stock market and most of the rest of the world have just enjoyed the longest bull market in history. Over the last 11 years we have become used to the monotonous but steady climb of all forms of financial assets; such as stocks, bonds, real estate, venture capital, art, etc as central banks pumped record amounts of money into an increasingly fragile system, that to the complacent majority appears stable.

Going back a decade. No longer could we rely on the free market to generate productive returns on investment, said the so-called experts. The financial world from the global financial crisis was technically insolvent and in order to help get the party started it was deemed essential by the high priests of the financial system, the central bankers and politicians, that they would need to print as much money as they could to engineer sufficient demand, and so was born quantitative easing and a host of other programs designed to rebuild the system, via artificial stimulus.

Unfortunately, what the “experts” have not realized to date, is that by engineering an artificial solution to a real problem, that is full of political will and lacking in realistic goodwill, they have indeed created a “critical state”. Seeds of financial instability have been sown as Minsky hypothesised and in fact an external black swan was not needed for there to be a Minsky Moment.

This has resulted in what I believe to be a Minsky Moment that kicked off over the last few weeks. Complexity theory teaches us that it could have been anything that tipped the scales or triggered an event. Of course, most are attributing the panic affecting the markets today to the Corona Virus, saying that it was one of those things that nobody could have predicted. What classical economists called an “external” event.

We have seen first hand how interruption to supply chains paralyses businesses and households. We have a globalised market place where manufacturing takes place in heavily populated countries such as China and businesses purchase inventory “just in time” making full use of the power of technology and logistical infrastructure that moves things big or small all over the world. When this interconnected economic model shuts down, we have paralysis and in turn mayhem, all of which have financial consequences.

There is a genuine fear that while it isn’t as deadly as some of the nastier virus’s out there, it is bad enough to destroy a large number of families through the death of loved ones, not to mention the increased anxiety felt by all. Nobody is immune, rich or poor. We all are at risk and my hope and prayer is that we are able to contain it and cure it before too long.

Coming back to my argument about the markets’ need to blame something, for a problem which they are largely blameworthy. In my opinion this was an over valued stock market with very rich valuations, it was a bug looking for a windshield. It didn’t need much to tip it over. So indeed the Corona Virus I believe was the extra grain of sand on the sandpile, the Minsky Moment, the scape-goat. However, I believe they are incorrectly blaming the Corona Virus as some sort of external black swan shock. It was going to predictably happen at some unpredictable time in the future.

We need to acknowledge that we are now experiencing a world in general and financial markets in particular, infected by a behavioural contagion mainly driven by fear. Fear and crowd behaviour are largely unpredictable and highly irrational psychic forces. Therefore, I think we will continue to see wild swings in volatility as we learn more about the Corona Virus and the extent it is likely to impact on human’s biological systems and worlds economic activity.

No longer is the market being driven upwards with a complacent optimistic mindset. Today we have a market driven by fear with a waning belief that central banks can save the day. Lowering interest rates from 0.5% to zero is not going to cure a pandemic. With a more pessimistic mood pervading its way through society I fear that markets have a very long way to go before we reach equilibrium.