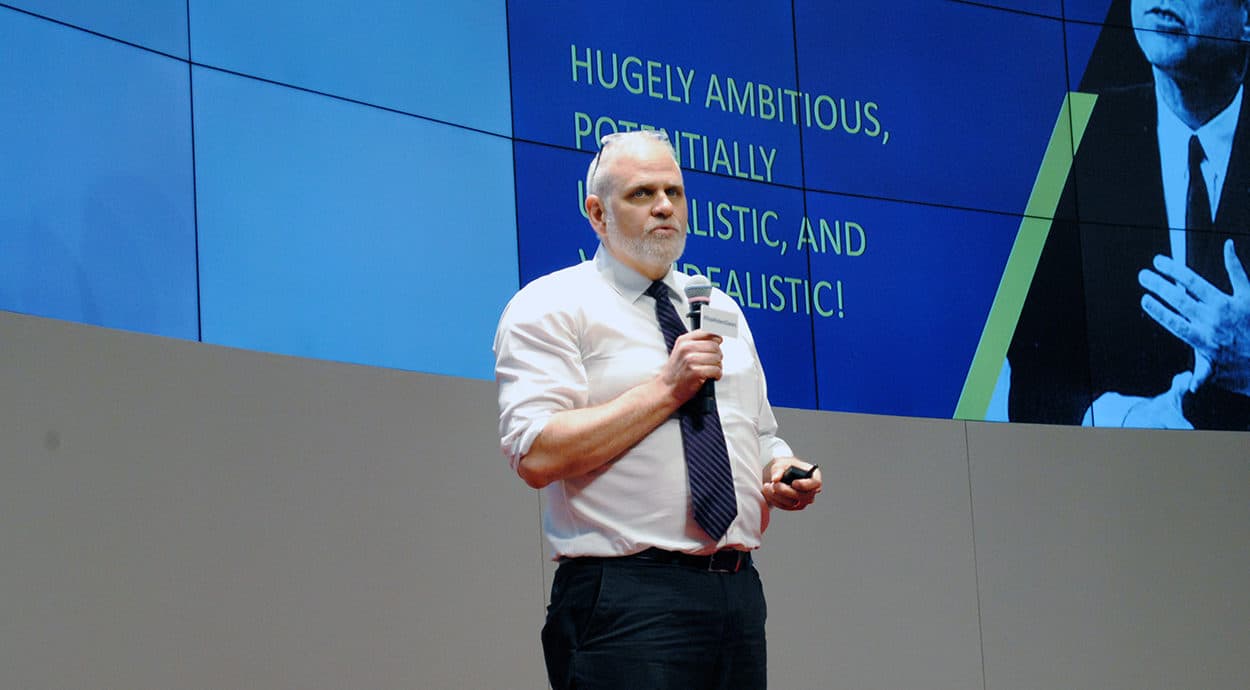 With prosecutions on the rise, multi-national businesses can no longer cry ignorant when it comes to weak, supply chain governance.  According to Hong Kong-based Mekong Club CEO Matthew Friedman, Modern Day Slavery is a global issue that requires a collective goal – and if the abolishers of slavery from the 1800s could mobilise to effect change, so too can big business.

Of the three Palermo Protocols adopted by the United Nations to supplement the 2000 Convention against Transnational Organized Crime, the ‘Protocol to Prevent, Suppress and Punish Trafficking in Persons, Especially Women and Children’ informs key indicators of modern slavery across jurisdictions.

According to Enodo Rights and Liberty Global | Liberty Asia’s Report ‘Modern Slavery Governance: Basics for Boards’ (2018) a specific part of this protocol accurately represents the kind of Modern Day Slavery we are seeing today, specifically –

“The recruitment, transportation, transfer, harbouring or receipt of persons, by means of the threat or use of force or other forms of coercion, of abduction, of fraud, of deception, of the abuse of power or of a position of vulnerability or of the giving or receiving of payments or benefits to achieve the consent of a person having control over another person, for the purpose of exploitation.”

According to the 2018 Global Slavery Index, an estimated 40.3 million men, women, and children were victims of modern slavery on any given day in 2016. Of these, 24.9 million people were in forced labour and 15.4 million people were living in a forced marriage. Women and girls account for 71 percent of victims. Modern slavery is most prevalent in Africa, followed by the Asia-Pacific region.

After attending the Modern-Day Slavery Summit in Hong Kong in August 2018, we asked one of the key-note speakers, an internationally esteemed expert whom has dedicated the past thirty years to combat Modern Day Slavery, Mekong Club co-founder and CEO Matthew Friedman to explain why Modern-Day Slavery is only starting to get the attention it deserves in the global community and how slavery became big business.

“Modern slavery has always co-existed alongside what was once legal slavery around the world. Once legal slavery was outlawed, no one paid attention to the category that we call modern slavery because the people involved are at the lowest end of the socio-spectrum. Modern Day Slavery was initially called Human Trafficking. The only reason human trafficking became a thing was because of HIV aids. During my eight years working as a reproductive-health adviser in Nepal under USAid [United States Agency for International Development] in the early 1990s, we would go into brothels to discuss condom use and the women would tell us their stories. We were hearing accounts of excessive exploitation where girls as young as 11, were being tricked or forced into prostitution. Gradually over time, as the paradigm of human trafficking was being developed, Aid workers who tracked forced labour victims thought this was similar to what they were witnessing, so both branches combined into the category of human trafficking. Trafficking was the initial terminology because movement was associated with it. But gradually it was understood that it’s not the movement that is the issue but what the victims move into, the exploitation. The closest English word to describe excessive exploitation where a person can’t leave and has no pay is slavery, however, when people hear that word they think of the master/slave relationship of 200 years ago, so we call it Modern Day Slavery,” says Friedman.

According to Friedman, up until the nineties, no one really knew about Modern Day Slavery because no one shined a light on the plight of the victims. This lack of awareness gave slavery a chance to flourish into a multi-billion-dollar global industry.

The key indicators of employers who practice Modern Day Slavery are generally based on the following:

According to Friedman, the AIDS pandemic forced authorities to come into contact with victims of Human Trafficking in order to procure health-related information.

“We recognised it was a human rights abuse, but it took years for anyone to take this situation seriously simply because no one knew what to do. Finally, around 1997, the US, Canadian, UK and Australian Governments came together to address the Human Trafficking movement,” says Friedman.

Since then, a handful of G20 Governments have mobilised and either passed a series of legislation or are currently proposing new legislation to combat the scourge of Modern Day Slavery –

According to the Enodo Rights Report, In the past five years, human rights-related class actions against parent companies in their home jurisdictions are becoming more frequent – including where a foreign subsidiary or supplier is most directly involved. Some recent high–profile modern slavery cases include –

In terms of Director and Officer Liability across global value chains, failure to demonstrate an attempt, in good faith, to provide a robust corporate information and reporting system may in theory render a director liable for losses caused by non-compliance.

According to the Vanderbilt Law Review 499 (Ezell L 2016), “Director’s failure to actively monitor corporate supply chains could be considered bad faith and reckless disregard of trafficking and such a risk of corporate liability may violate those directors’ fiduciary duties to shareholders”.

In light of these developments, the private sector can no longer rely on the maxim ‘to the best of my knowledge’ when it comes to supply chain governance. For Friedman, the biggest way to interrupt Modern-Day Slavery is to unite the private sector to join forces under a common goal –

“The private sector will eliminate forced labour from its supply chains by 2028 without a negative impact on profitability,” says Friedman.

At the recent Summit in Hong Kong, Friedman says that there should be no trade-off between worker rights and shareholder obligations, whereby human decency and profitability can co-exist. He argues that the solution to the problem can be found – it just requires collaboration and creativity from big business.

“We can free millions of people from exploitative labour practices, while not forcing business to choose between what is right, what is sustainable and what is profitable. We challenge the private sector to come up with new approaches and innovative solutions – because business is best placed to meet this challenge. We need to identify business leaders. Help them to understand the vision and come up with solutions that are logical, practical and cost effective. The Mekong Club is in the process of setting up an online portal that identifies all the resources the private sector can use to address this issue in one place.  The present difficulty for companies is that they don’t know who to talk to. This portal will help organisations across the world work together as a team. Until we come together and identify how we can support each other as a community, we will not have the breakthroughs we need to put an end to modern slavery,” says Friedman.

According to Friedman, in 2010, his team were comparing the people in modern slavery (about 21 million) with the number of people being helped globally – which was 34,000 (based on the Human Trafficking Report). After realising only 0.2 percent of the 21 million were being helped, Friedman’s team examined where the big numbers were coming from. They found that 75 percent of the groups were in forced labour, and 60 percent of those were associated with supply chains.

“We needed to talk to business. I flew out to Hong Kong and spoke with business leaders, bankers, manufacturers and retailers to discuss the issue of forced labour. They were listening, but a pattern emerged.  First, many of them didn’t know much about it but they immediately recognised the business risk associated with it but did not want to have the conversation with a UN or NGO guy. Eventually, we started having regular conversations, and then individuals from the private sector started to self-identify that this was their cause. They said to me that business understands bad business so they are best equipped to address this issue – not the NGO world. So the Mekong Club was born by individuals from different multi-nationals to form this mechanism.  We were very much geared around creating awareness. We could see legislation was pushing us to move forward, we could see the lawsuits coming against companies and media coverage increasing over time. Large NGOs started naming and shaming. So we evolved into an association that is split into four categories; banking, hospitality, manufacturing and retail. We go to organisations and ask them to actively help us to help them address issues by building the tools they need to identify and mitigate against risk,” says Friedman.

We asked Friedman that getting organisations to trust them must be difficult given the highly sensitive nature of the topic – how does the Mekong Club invite businesses to go introspective without feeling vulnerable?

“The process of developing trust took us three years. In the early days, we couldn’t even get companies to allow us to do a presentation, because it inferred by our association that they may be culpable.  To build trust we never name and shame. We do everything we can to convince the world that working with the private sector, rather than through force, has advantages that make a huge difference. There are really good people in the private sector, who do care about modern slavery, who are not all about profit and it is simplistic to say otherwise. So helping the private sector to nurture this desire to make a difference is important and we want them to know that the days that companies think they have to tackle this problem alone are over,” says Friedman.