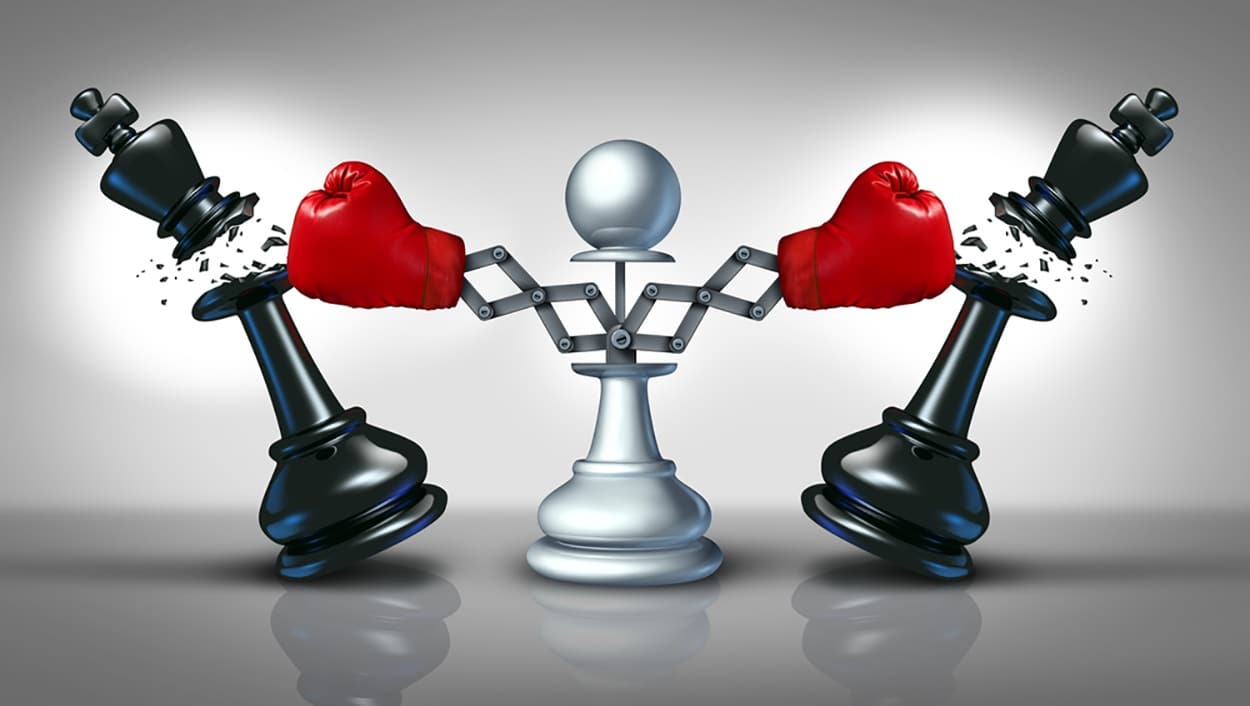 There is a curious circus that public discourse descends into whenever the NBN is paraded about by the Australian Coalition or Opposition Parties. Which mob is spending money on rockets and sharks and which mob are the clowns – we’ll leave that for the public to speculate. Nonetheless, someone is funding this circus – the public purse.  So we can only expect the kind of political argy-bargy that such an undertaking would invoke – and the level of public scrutiny – and rightly so – about the promise of the National Broadband Network.

To understand where we are today and what a completed NBN will actually mean to the wholesale Telco market in 2020 – we need to move beyond the politics of blame – look inside this circus canon – and propel ourselves back into the past. On the seventh of April, 2007, The Hon. Deputy PM and Treasurer of the Rudd Government, Wayne Swan, announced to the market that a ‘new superfast national broadband network, built in partnership with the private sector, will be the single largest nation building infrastructure project in Australian history’.

This compelling, nation-building narrative of the NBN was an election clincher for the Rudd Government, promising:

The rationale for the NBN is sound in terms of short-term economic stimulus and positioning Australia for long-term economic growth.

The implications of the NBN for the Telco Wholesale Market in Australia was enormous.

It marked a major ideological shift in the role of Government in Australia.

Prior to 2007, we had thirty years of Government promoting market liberalisation – with a definitive push to get out of the telecommunications sector starting with the privatisation of British Telecom in 1984.

The decision to create a tax-payer funded Government-owned, wholesale carrier called the NBN Co in 2009 was in response to the impasse reached during negotiations between the Government and Telstra in 2008.

‘Provide ubiquitous access to high-speed broadband to all Australians – affordably, quickly and fit for purpose – and to be the monopoly wholesale provider of connectivity across the industry’.

Draw your attention to this promise, because this is the statement by which the success of the NBN should be measured.  The caveat of course, is that like all grand intentions, no one can reasonably predict or prepare for the problematics of balancing public perception, partisan politics and private sector interests for a project of such a scale, which has spanned nearly ten years and survived a five-Prime Ministership churn. Failure, on the surface of things, is often always called out without situational context – because the back story to daily challenges for a project of such proportions cannot be consumed in a ten second sound bite. Indeed, few are interested in the logistical struggles – literally from the trenches.

So, keeping the grand intention of the NBN in mind, let’s move forward to 2010, to industry peers’ future predictions for today, and see how many of these foresights have now become a reality, and, what this means for the Telco Wholesale Market in 2020.

In 2011, Consulting firm Allen & Overy produced a paper, called The Impact of the Australian Broadband Network on the Communications Sector. The standout key predictions in terms of market opportunities and threats were:

These predictions of course, are fairly high-level, and are not exhaustive, because, really, no one will fully be able to quantify the plethora of opportunities that the NBN will ultimate unpack for the wholesale Telco market in decades to come.

Let’s take a look at the present-day climate – specifically on public discourse from the media, the community and the bureaucrats around the promise of the NBN.

In 2013, well-respected Telecoms analyst Paul Budde wrote an article titled ‘NBN Media Criticism Highly Politicised”. He asserted that in the Game of Thrones that is Canberra, the then Opposition Leader Tony Abbott, urged Malcolm Turnbull to ‘kill the NBN at all costs’ when he was appointed Shadow Communications Minister in September 2010.

Budde noted what ensued was a great deal of malice by sections of the media towards the NBN build.

However three year later, with the Coalition’s about face to support NBN in 2013, Budde observed a dramatic drop in negative media criticism towards the NBN – even though the NBN plan from the Rudd/Gillard Government was very similar to the NBN plan from the Opposition. Budde concluded that the ferocity of the media attacks therefore, had very little to do with actual policy position. It was purely politically motivated.

Budde cited widespread misinformation being perpetuated about the NBN by publications such as The Australian, The Financial Review and of course the reputable, Daily Telegraph.

In the same year, former Secretary of the Department of Prime Minister, John Menadue, also weighed in on the debate in his blog, signalling coverage of the NBN by the ABC was also highly subjective. Menadue claimed that media criticism of Malcolm Turnbull’s handling of the NBN was very light, whereas criticism of Labor’s NBN management was unyieldingly harsh. Indeed, when political publication New Matilda’s explosive revelations that former ABC manager Bruce Belsham instructed ABCs tech journalist Nick Ross to write anti-Labor articles in order to provide insurance against claims of political bias, Ross resigned from the ABC.

Of course, we can’t mention media without giving the Coalition’s mascot Alan Jones a special mention. In 2013, Jones’s comments on air described the NBN as “an unmitigated disaster”. He then went on assert “how dumb these people and the Government were… the NBN would be obsolete before it was finished…the Government should be sacked for the NBN alone”.

A source whom we won’t name, mentioned that the media was so frenzied to find fault with the NBN in the 2013-2014 period that Media agencies were hiring vacant houses on short term leases wherever the next cable was being laid, and would disguise themselves as residents. They would then harangue the construction crews for negative information. This resulted in subsequent roll-outs having no recognisable nbn branding at construction sites.

Moving forward to 2017, the climate remains dark and stormy. This is no doubt compounded by the fact that 2016 was a Federal Election year. True to form, we witnessed the strange spectacle of an Australian Federal Police late night raid on Labor Party offices after nbn complained over media leaks in May last year.

Wikileaks founder Julian Assange popped out on his Juliette balcony in Ecuador to chastise the raid, asserting that the raid made Australia look like an ‘Asian democratic backwater’.

Lastly, and purely for a bit of comic relief, the Honourable Christopher Payne on ABC’s Q&A program in June 2016, responded to an audience member’s criticism of NBN speeds, by declaring “Australians simply didn’t need the speeds that Labor was promising. You will be able to watch five full-length movies in the same household if you all want to at the same time. That’s a lot of movies”.

Thank you for that pearly insight Minister Payne. Big business can all go home now and watch Kim Kardashian put lipstick on her Chihuahua.

The Sydney Morning Herald woke up mid-June and wrote an article on the federal election titled ‘NBN emerges as a surprise defining issue of the election race.’ Clearly the SMH slept through the last two elections.

When the NBN has been faced with this kind of unrelenting frenzied, highly politicised and publicised criticism from all fronts, there is no doubt the knock-on effects have been potentially damaging for market confidence. This is especially pertinent for the Wholesale Telco Market.

Being able to rise above the trash talk and party room punch ups is critical for Wholesale’s self-determination in what will be a major paradigm shift for Wholesale when the NBN is completed in 2020.

The time is now.  Wholesale organisations must make provision and position their organisations to be able to compete in what will be a very dynamic and highly contestable space; and the end consumer will be the biggest beneficiaries of the dynamism that the NBN will bring.

Indeed, Allen & Overy’s summation of the new state of play cannot be overstated –

“The telecommunications and media marketplaces will change out of recognition follow the deployment of the NBN. The winners and losers will depend on the strategies adopted by individual players and the evolving regulatory landscape over the next five years.”

previousHooba Dooba! It's the Crazy Internet of Things