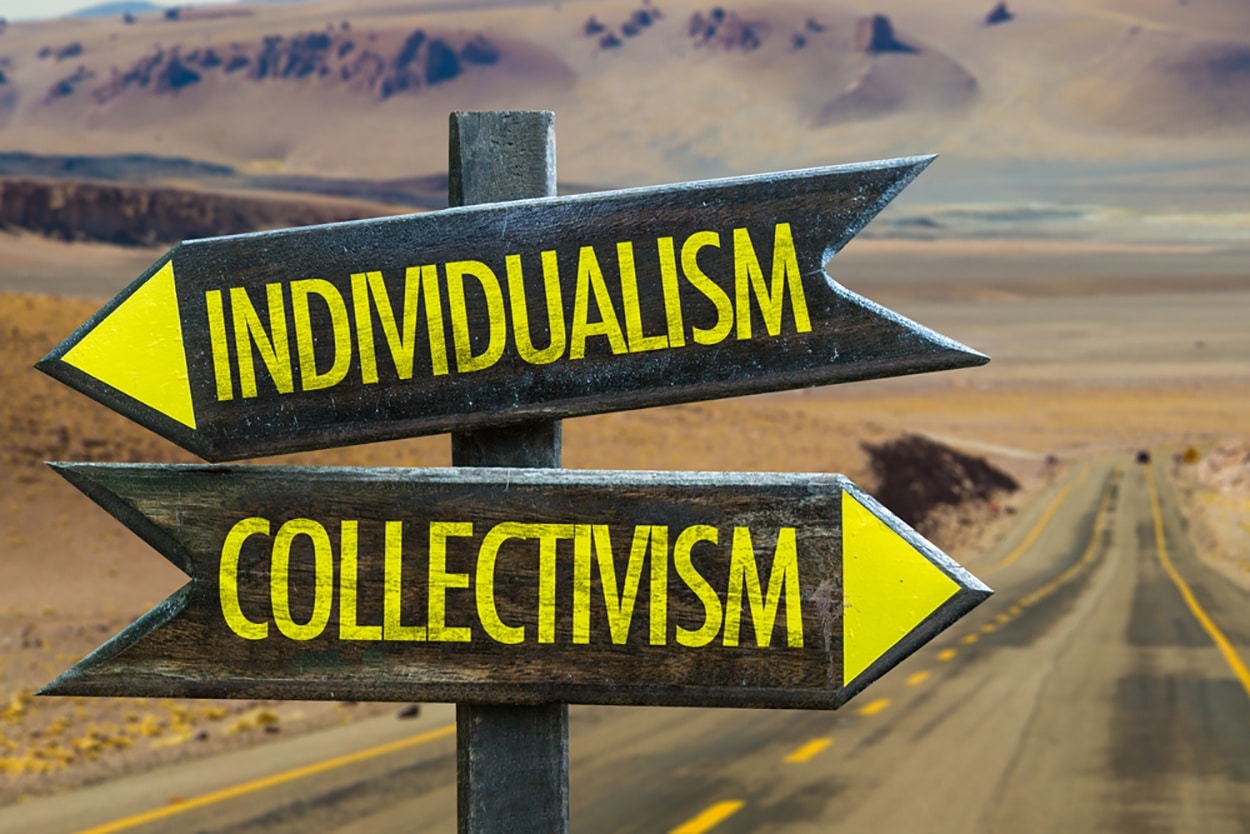 The pursuit of private interest or pursuit of the common interest of the group is a tension that must be balanced for leaders who want long-term success.

Leadership is defined as ‘the position of being a leader’. The question that arises from this vague definition is ‘what makes an employee a leader?’ Perhaps it is personality, the ability to be popular among the group, having decision-making influence, or, perhaps it’s the ability to consistently meet targets that is rewarded with a leadership position. In some cases, we may find that duration of tenure in an organisation results in a leadership appointment.

Whatever path an employee takes to find themselves in the position of leader, there is the invariable realisation that leadership is not just about being charismatic or giving consistent performances. The transition to a leadership role requires a mind-set shift, whereby effective leadership is not about the style of leadership but rather, the approach to leadership.

Essentially, a leadership style focuses on the manner in which directions are given, plans are implemented and people are motivated. The manner may be coercive, authoritative, participative or democratic.

In the field of Organisational and Cross Cultural Psychology, a continued debate since the 1970s is the one centred on “Individualism and Collectivism”. These concepts find expression in Sociological and Anthropological thinking, in addition to psychological approaches. As two different approaches, the former reflects the “pursuit of private interest”, while the latter the “pursuit of the common interests of the group collectively”.

A leader whose values and beliefs are based on the collectivists approach is likely to adopt the Supportive style of leadership, as it is a core value of the cultural orientation. According to researchers, leaders in more collectivistic cultures aspire more for conformity and orderliness, and do not support employee initiative. Respect and obedience to leaders are important in many collectivistic cultures, where paternalistic leadership is traditionally often seen. In a ‘paternalistic’ leadership style close supervision and control of employees is combined with high care for the well-being of the employee. A combination of both directive and supportive leadership behaviours seems to be widespread in collectivist cultures (Dickson et al., 2003).

A leader, who adopts the Individualist approach, is likely to adopt the Democratic style of leadership. Researches show that directive leadership is in general a less common practice and is less seen as appropriate leader behaviour in individualistic countries, compared to collectivist societies (Dickson et al., 2003). A leader who follows the individualist approach prefers to leave his employees alone to do their jobs and trusts them to deliver to their best. Micro-management is viewed as a distraction, interruption and a possible insult. Such leaders trust their subordinates to get important tasks done without the need for constant supervision.

Leaders who have an Individualistic outlook work one-on-one with each team member and allow employees to express their personalities more than leaders who have a Collectivist outlook. A leader who carries an Individualistic outlook will put emphasis on direct communication with the subordinates. Such leaders often follow an open door policy, in which employees may approach the leader directly with any concerns, problems or questions. While individuals are expected to do what their leader asks them, they may not be penalised as much for disagreeing with their leader’s decisions. Members of such leadership teams also tend to communicate more directly with other companies that they are working with, rather than dropping hints or acting to save face with the leaders of those companies.

Leadership that highlights Individualism plays to the desire of its employees to achieve personal success as opposed to collective success. It requires providing workers with high levels of personal accountability and independence, as well as offering them the opportunity to follow their own initiative. There is no doubt about the fact that the pursuit of personal success and happiness is a powerful motivation, as a Capitalist society is based around the assumption that people will further their own interests. If a business leader can align the interests of the employee with the interests of the business, it leads to an increase in both morale and productivity of the overall business.

On the other hand, Collective leadership which is an emerging approach lays emphasis on coming together to mobilise human, cultural, and technological resources. It is an approach which provides minimal opportunities for attaining personal success. Experience shows that members of such leadership teams show a higher tendency to act in manners to save face and avoid taking personal responsibility in the face of failures, bad decisions and meeting deadlines. A collectivist leader, who lays a strong emphasis on group relations, reduction of group tensions, and care for personal well-being of employees, is able to maintain long-term relations but possibly at the cost of employee accountability and productivity.

Innovation and Creativity are the potential benefits of Individualism. According to research by Professor Barry Staw from the University of California at Berkeley published in the May 2006 issue of “Organizational Behaviour and Human Decision Processes,” organisations that promote an individualistic behaviour are better at generating innovative and creative ideas than organisations that follow a team-based culture.

Competition, one of the primary elements of Individualistic approach can breed creative solutions, as employees compete for new and better ways to secure personal benefits. Researches have shown that in the arena of sales and production, promoting individualism can lead to greater efficiency, as employees compete to find new ways to achieve sales targets and cut production time and costs.

Research conducted by Jack A. Goncalo of Cornell University and Barry M. Staw of the University of California-Berkley showed that groups comprised of individualistic people ended up being more creative than groups of collective people. For companies that are highly dependent on creativity, elimination of individualism in the workplace is not necessarily desirable.

Leaders who emphasise Individualism often expect team members to come up with ideas on their own and provide less supervision and direction than leaders who take a more Collectivist approach. Individualist leaders value employees who are critical and creative thinkers and expect them to solve their own problems. While these leaders are often willing to provide guidance if asked, they are busy meeting their own objectives and don’t want subordinates to ask for help unless the individual has exhausted his or her own resources.

In spite of the advantages of Individualism, leaders often promote Collectivism because of the advantages teamwork has. Creating productive environments where teamwork thrives requires employees with highly developed communication and interpersonal skills and an organisational structure that promotes collaboration and partnership instead of competition and rivalry. Effective teamwork allows members to accomplish projects which are too complex or large for an individual to do alone.

Although Individualism can promote innovation, it can hinder cooperation. In the long run, this may sometimes mean that the productivity suffers and conflicts increase. Lack of productivity can decrease the overall revenue, and conflicts may cost money to resolve. Individualist leaders can often create a tense work environment by being too rigid in their ideals, leaving employees to resolve their interpersonal conflicts on their own. Such leaders have a tendency to ignore rules they regard as irrelevant, which often makes them a source of irritation for both colleagues and management.

Businesses and leaders who promote Individualism ensure that employees look after their own work to a high degree. They give subordinates freedom to explore new ways of completing basic procedures or projects. Unless certain employees present a threat or are otherwise not performing up to the company’s standards, they enjoy a high privacy level. Everyone gets a chance to voice individual opinions and management or leaders do not necessarily discourage open debate. Such leadership also responds to requests for personal time.

Individualism considers personal benefit to be the most important factor when making a decision. For example, a company that promotes Individualism might encourage employees to secure personal benefit by finding ways to outperform each other. However, Individualistic decision-making can have drawbacks. For example, some people might pursue short-term rewards at the expense of long-term benefits, such as sustainable progress. Also individualistic decision-making might offer little incentive for employees to consider how their selfish actions affect the future of the company.

Wall Street’s focus on individualism in the 1980s fostered a speculative atmosphere in which business owners and investors made unethical decisions that destroyed some companies and hurt the reputation of the entire business community, according to the book “Ethics and Corporate Social Responsibility: Why Giants Fall,” by Ronald R. Sims.

By relying soley on an Individualist approach, which lays emphasis on each employee’s individual strength and talents to encourage competition, hence higher performance, is not likely to be sustainable long-term. Leaders who take a long-term outlook should encourage individual growth, yet take into account the primary human needs of interdependence and cooperation, which are fundamentals of the Collectivist approach. Understanding the context on when to apply each approach is the defining characteristic of what makes a great leader.