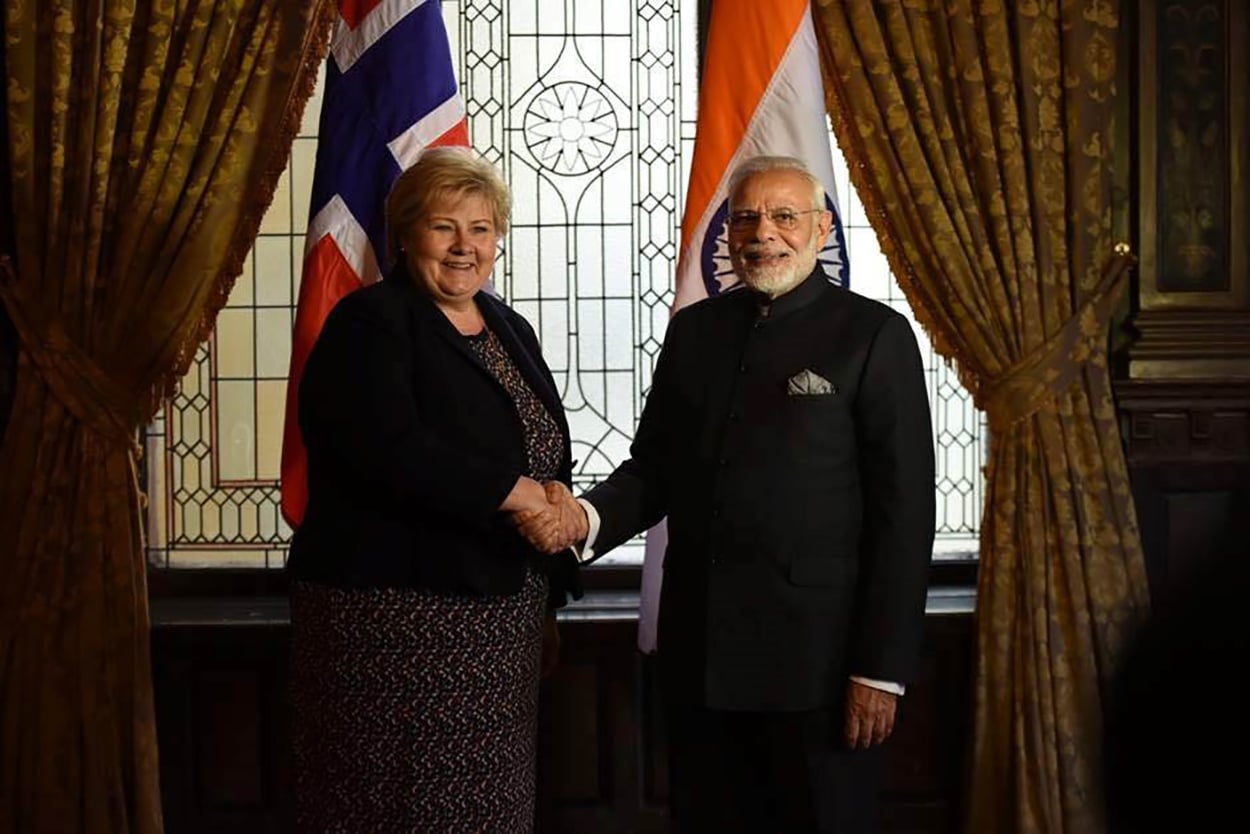 Norway is leading the charge in reducing global carbon emissions thanks to its healthy Norwegian Sovereign Wealth Fund, with India being one of its greatest benefactors in new green energy investments.

The Norwegian Sovereign Wealth Fund, one of the single biggest investors in India, invested over USD11.7 billion by 2017 in more than 275 different Indian companies and in Indian bonds. The Norwegian pension fund, the Government Pension Fund Global (GPFG), is the second largest in the world and is looking to increase investments in India.

Norway, a highly advanced economy with a per capita income of USD 83,000, known for its strong fishing, energy resources and shipping sectors, is now a world leader in electric vehicles, with Oslo often referred to as ‘the world’s EV capital’.

In early 2019, Norwegian Prime Minister Erna Solberg and Indian Prime Minister Narendra Modi jointly announced their collaboration on the Blue Economy, with a particular focus on ship building, ports and port-led development. The two countries have announced joint initiatives to reduce marine pollution and sustainable use of ocean resources.

The interest is mutual, with investments being made across sectors.  While imports from Norway far exceed exports from India, bilateral trade, which was less than USD 974 million five years ago, has now surged 25% to over USD 1.2 billion in 2017-18.

The Norwegian pension fund has invested USD 108 million in ONCG, USD 62 million in Indian Oil and USD 2 million in Oil India; three of which are state-owned oil and gas companies while RIL has received over USD658 million.

Other investments include Indian infrastructure company Srei Equipment Finance Ltd, a wholly-owned subsidiary of Srei Infrastructure Finance, which recently signed an MoU with Eksportkreditt Norge AS, a Norwegian state-owned provider of export credits, for facilitating financing of equipment import from Norway to India. HCL, one of the largest software companies in India, has made big significant investments in Norway too. Other IT majors like Tata Consultancy Services, Infosys, Cognizant and Tech Mahindra have expanded operations fast in the Nordic nation too. HCL secured USD400 million from Norway’s largest bank for managing domestic infrastructure IT. In addition, Kongsberg Software & Services, a subsidiary of Norway-based Kongsberg Digital ASA, has announced plans to increase hiring of local talent in Bengaluru, India. The company’s verticals include maritime, defence and aerospace, and digital.

Norway also has a mature green energy market. Norwegian firm Statkraft, an oil and gas major, announced it is exploring opportunities for investments in India. Norwegian firm Equinor, known for its tech in offshore wind, has the capacity to provide over one million European homes with renewable energy. It has announced its intention to explore Oil and Gas as well as renewable investments in India, including opportunities for investing in liquefied natural gas (LNG) projects.   IIT Roorkee, one of Norway’s premier educational institutions is also working towards Norway’s commitment to make all its vehicles’ emission free by 2025.

Another complementary sector between the two nations is their collaboration on good quality fish production with less water consumption. Orkla Foods, which owns MTR Foods, has been seeking investment opportunities in India since 2017.

nextIndia to Double its Airports Infrastructure by 2040