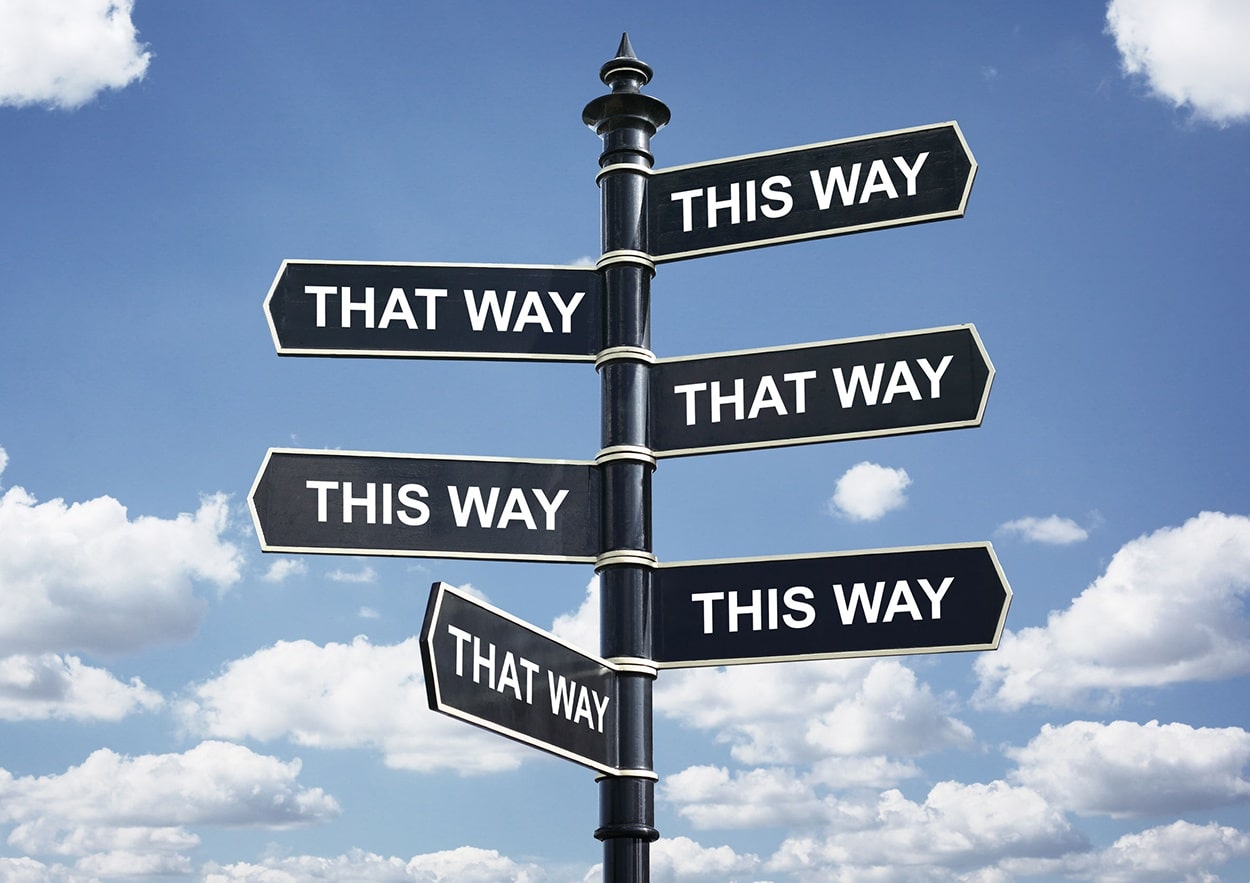 With a need to deliver social good to the communities or societies they serve, people who work within public agencies must develop and deliver good strategic plans.  This may be challenging for many agencies that culturally, can’t seem to drag themselves from business-as-usual.  David Ross shares numerous ways for public agencies to develop meaningful, engaging strategic plans that amount to more than an unrealistic wish list.

Layers of government appear to have historically taken an almost ambivalent approach to strategic planning.  The approach has too often seen nothing more than the development of documents populated with wish lists that amount to little (APSC, 2007).  Oftentimes, annual planning conferences are undertaken offsite by the Executive and the launch of glossy posters describing the strategic or corporate plan for this year.  But nothing else.

Senior management may never remember what the direction set in the strategy was – so it is forgotten during the course of the following year.  And since they couldn’t remember the direction, nor describe it meaningfully in one to two sentences, employees had no idea what to make of that year’s direction.  Thus, there was no engagement and little happened towards realising what was in the plan.

As the development and delivery of strategic plans in layers of government is about the provision of value for the public, it’s fair to argue that greater accountability from strategic management exercises is needed.

Strategy Development: too many firefighters and not enough thinkers

A root cause may be a lack of strategic thinking from the onset. With so many terms bandied about like “strategic” and “strategy”, it may make it difficult for an organisation to choose where to spend its efforts.   Indeed, Porter (1996) identified that there is a need to base these difficult choices on the acceptance that there must be trade-offs i.e. a public organisation will never have enough people, time or money to do all that it wants to do.

This may be a significant challenge for many senior and middle leaders in the public sector.  Because, if you wanted to paint a picture of many public sector leaders and the cultures that they influence, then that picture would be of a “firefighter”.  That is, the firefighter puts out the “urgent but often ultimately unimportant spot fires” at the expense of focussing on challenges and opportunities that are critical and longer-term in nature.

In addition to this, Porter (1996) observed that there can be a failure to simply distinguish between operational effectiveness and strategy. This is often to case with many public sector leaders.  Operational effectiveness means performing key activities better than previously in the public sector whereas strategy needs to focus on ensuring that the agency’s overarching direction, policies and initiatives have the right fit with social, economic and/or environmental contexts in which they find themselves in.

So, let’s bring it back to the importance of thinking, strategically in order to plan, strategically.  To plan strategically means to, among other things, ensure that the direction sought isn’t merely that impossible wish list.  And that’s not easy in the public sector, particularly as there are legal and ministerial obligations which can dictate just where strategy can focus.

Fuchs et al. (2000) observes that integration is one key capability that remains under-explored.  That is, problems usually arise in public sector strategic planning because the responses are not integrated into a cohesive strategy i.e. they are a that fragmented wish list.  Instead, public agencies must not only be having difficult conversations about what they won’t focus on for the next five years or more, but also need to ensure that the outcomes sought from different initiatives reinforce one another.  This change of thinking will be vital for strengthening the results achieved.

Having developed a great strategy amounts to nothing if an executive team can’t communicate the direction to staff and stakeholders, alike.  The problem is, however, that leaders of organisations assume that the initiatives described in their voluminous strategic planning documentation will be internalised by everyone and used as a guiding light for making difficult choices (Collis and Rukstad, 2008).  Instead, it too often amounts to nothing because those who need to take carriage of the strategy aren’t really engaged, which makes us question the value of having a strategic plan.

So, while there may be disbelief, public agencies need to develop a summary of the direction their plans are to take.  All in a one to two sentence narrative.  And it can be done.  Here’s an example of a narrative for a community’s economic development strategy – just one sentence:

“Using our Aboriginal cultural heritage as a point of difference, we shall grow and sustain our economy by making the Shire an attractive place to stop and, by building skills in our businesses, ensure that they succeed and leave a positive impression.”

And here’s another example for a community’s community safety strategy – two sentences:

“By connecting our community, we will collectively work towards reducing the impacts of drugs and alcohol, mental health issues, domestic violence and other violent crimes.  Sustaining a long-term mindset, we will facilitate this by involving and educating families in need, transforming school attendance, and enabling and partnering with those who wish to make a difference in embedding positive behaviour throughout our community.”

Two intentionally diverse examples.  Succinct.  It clarifies boundaries of what is the focus of the strategy and what won’t be worked on.  But the approach has also been successfully implemented for overarching strategic or corporate plans too.

The development of a narrative is crucial as engagement needs to rely on more than facts.  The one to two sentences certainly helps provide the gist of what’s in a plan; but it should provide the foundation for the executive to turn it into a story.  Stories create meaning; that’s how we make sense of our world, connect and relate to each other.  They are powerful and memorable and importantly, create a sense of belonging, touch hearts and excite our minds (ISC, 2015).

But engaging staff is just one of the obstacles to good strategy execution that agencies face.

Fuchs et al. (2000) noted that good strategy must also consider its alignment or ‘fit’ with the internal environment of an organisation.  We have covered some of the key obstacles to good delivery; such as employee engagement, organisational culture and firefighting mentality; and leadership styles, particularly by senior management. However, there’s more that needs to be considered – and managed, accordingly.  The style of leadership exhibited by middle managers is vital as they are often the gatekeeper to success in public agencies.  Middle managers not only have to roll out initiatives from the Executive (e.g. strategic plans) but also take care of managing their staff at the coalface.

Accordingly, middle managers need to be engaged, and acknowledgement must also be given to building their capability to deliver strategic plans.

Yet, structure is also far more practical with respect to how services across the agency are delivered through to the community / society.  Oftentimes, the word “siloes” is highly prevalent and powerful in organisations.  A more integrated delivery is required, implying that greater coordination and communication is needed throughout disparate business units.

This shows how important it is for public agencies to get its systems and processes aligned with the delivery of strategic plans which can take many forms:

Diagnostic and performance systems are vital.  The difficulty for public agencies has been accepting that good key performance indicators are generally not simply project milestones but need to measure outcomes sought; what has also been difficult for many is the monitoring and evaluation of KPIs through time, particularly in the Firefighter culture;

Belief systems that articulate the values and direction that an Executive want their employees to embrace.  While these might be placed up on walls, they can be incorporated into the development plans or performance expectations for staff;

Boundary systems, which clarify what activities are off-limits.  And yes, while the above strategy narrative examples convey some of this, such systems also cover acceptable and ethical behaviours expected;

Interactive systems. This is what will drive delivery, for example, the simple use of a standard agenda item to be used throughout the agency like “progress of the strategic plan”.  It really is an easy way to retain focus on the plan (Simons, 1995).

Disciplined thinking (even a change in thinking) and structure to the annual planning cycle equips public agencies to tackle highly complex or ‘wicked’ social, economic or environmental problems, which are oftentimes, in a space where societal norms are becoming increasingly polarised.

It is vital, therefore, to understand how different perspectives, internal and external, inform an understanding of the context faced.  Understanding context makes for better decisions and ultimately, strategy.