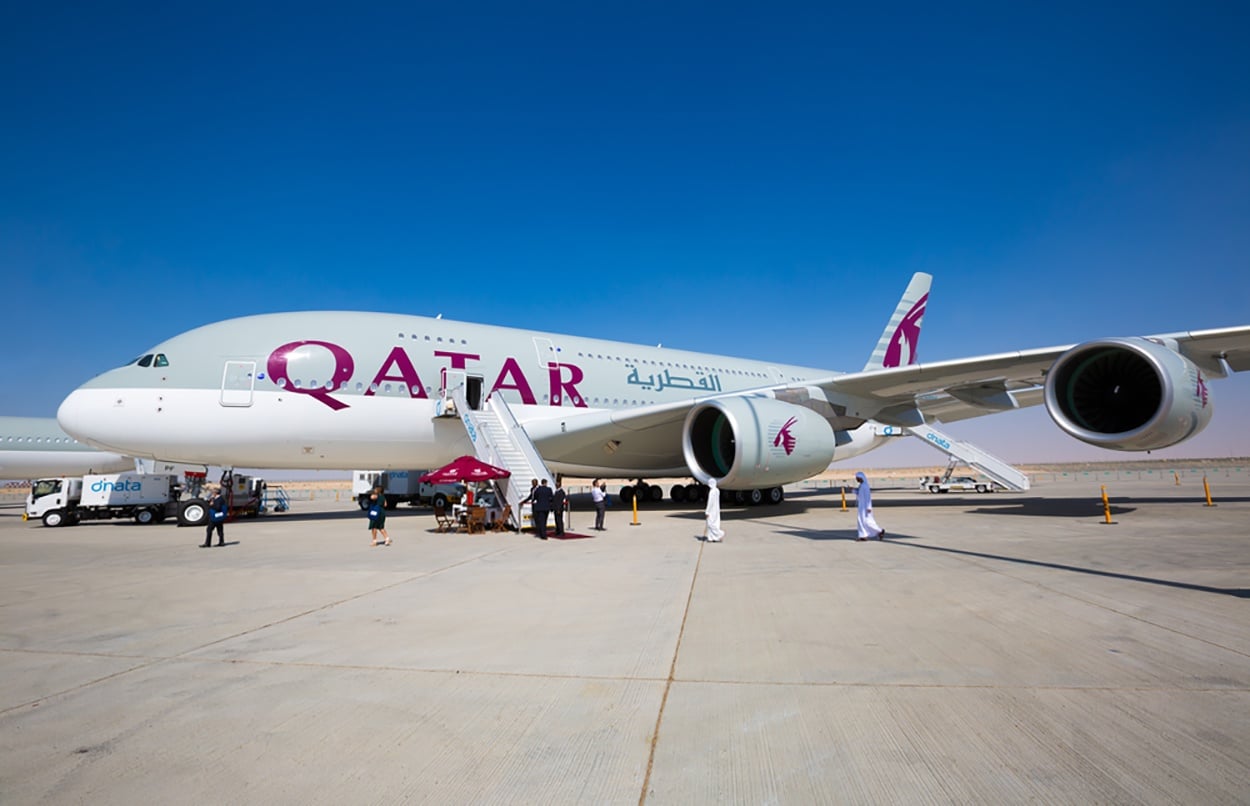 With India opening up its airline sector to allow 100 percent foreign direct investments (FDI), Qatar Airways was quick off the mark, announcing plans to enter the Indian market with a new airline company at the recent ITB Berlin International Travel Trade Show.

The Doha based airliner says it will set up a new airline company, partnering with the Government’s investment arm, Qatar Investment Authority (QIA) – which is solely dedicated to the Indian aviation market.

Qatar Airways CEO, Akbar Al Baker says that along with its partner QIA, Qatar will soon launch a new airline in India catering to the domestic market.

According to sources, Qatar Airways is set to order 60 to 100 Boeing 737 Max aircraft.

With India projected to become the world’s third largest aviation market by 2020, after the US and China, since the opening of India’s FDI policy, at least 43 businesses have applied to Indian regulators in the last two years to start a passenger air transport service.

Recently, India had liberalised the FDI policy for the aviation sector, permitting foreign investment up to 100 percent in Indian carriers, comprising a maximum 49 percent stake for a foreign airline and another 51 percent by a foreign investor.

However, the government still needs to change the existing substantial ownership and effective control (SOEC) regulations which mandate that any Indian airline remains with Indian nationals.

Qatar Airways proposal will be the first of its kind airline venture in India that would be fully-owned by overseas entities and the proposal comes nearly nine months after the Indian Government allowed 100 percent foreign direct investment (FDI) in the aviation sector.

However, the Federation of Indian Airlines (FIA), comprising Jet Airways, SpiceJet, IndiGo and Go Air, have raised a red flag and asked the Government to make changes to the FDI policy.

The Federation says that the opening of the aviation sector will not bring greater investment, as the aviation market in India is comprised mostly of leased planes, and, the departure and landing slots are the assets.

According to the FIA, currently, the world’s largest aviation market, the US, for instance, restricts foreign ownership in domestic carriers to 25 percent. Elsewhere, in the European Union and South Korea, for example, the cap is set at 49 percent.

Founder and CEO of aviation consultancy firm, Mark Martin, argues that the change to the FDI policy is positive – from the perspective of differentiation.

“India is the only country that allows a domestic airline to be fully owned by foreigners, as no other any country in the world allows 100 percent foreign owned carriers in their local markets,” says Martin.

Back in the 1990s, German based airliner, Deutsche Lufthansa AG started an airline carrier ModiLuft, with an Indian partner. Deutsche’s view on that venture was far from positive, arguing that entering into the Indian domestic carrier market today is nothing but misadventure, given India still has high fuel taxes and a high cost of operations.

This not the first time, Qatar Airways has shown interest in the Indian aviation sector. Previously, Qatar was in discussion to invest with India’s largest airliner, Indigo Airlines, but nothing eventually materialised.

Speaking on Qatar Airways, the Indian Minister of State for Civil Aviation, Jayant Sinha says in response to the recent media coverage of Qatar Airways investing in the domestic market, is positive, and the Indian Government welcomes it.

Apart from Qatar Airways, Singapore Airlines, Etihad Airways PJSC and AirAsia have also bought stakes in local carriers buoyed by an emerging middle-class market which are frequently flying more than ever before.

The only major foreign owner in India is Singapore Airlines, which is currently operating Vistara Airlines in which it owns a 49 percent stake, while the balance of 51 percent is owned by Indian company, Tata Sons.