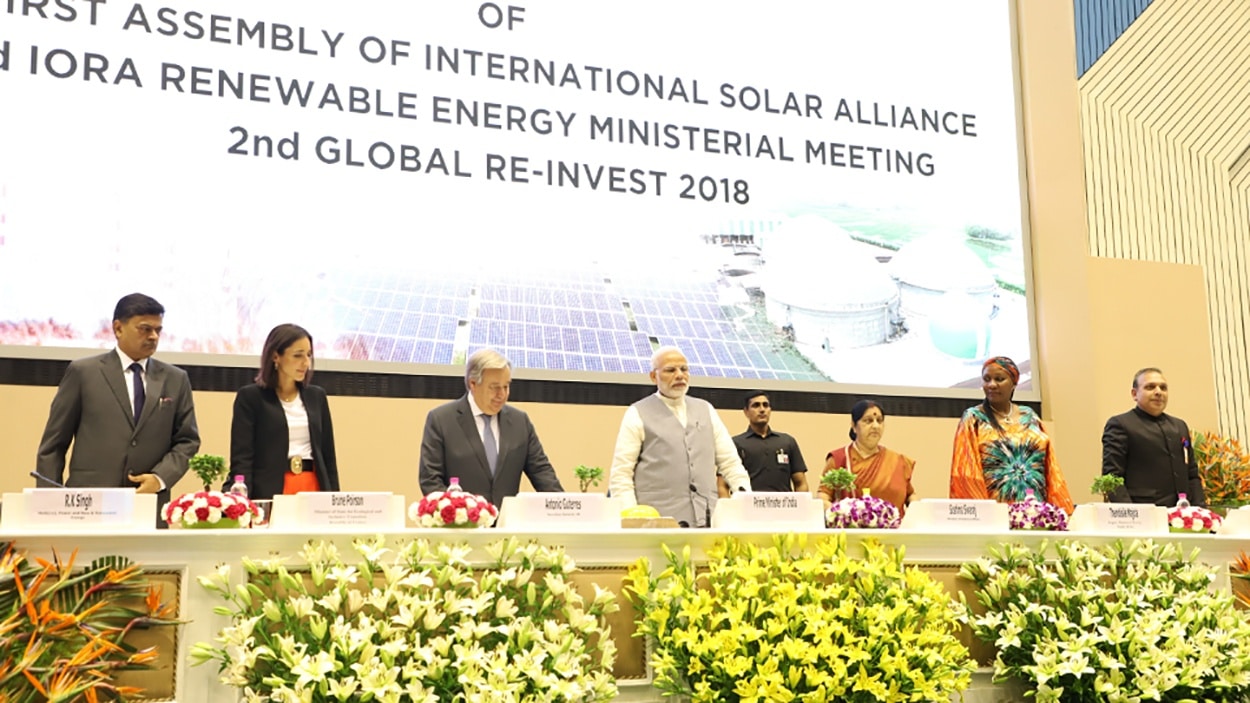 The world is moving towards renewables, as demonstrated by the recently concluded Re-Invest 2018 in Greater Noida, New Delhi, which saw over 20,000 delegates participate from 77 countries gather to hear the opening address by Indian Prime Minister Narendra Modi and UN Secretary General, Antonio Guterres.

The event saw over 50 plenary and technical sessions, with 150 speakers including 55 international ones, hosted by India’s Ministry of New and Renewable Energy.

The forums focused largely on strategies to expedite renewable installations across countries and pledges from the private sector to increase renewables’ investments as part of Prime Minister Modi’s Vision 2020. Detailed discussions on offshore wind projects in India also took place. India, with the second longest coastline in the world, is currently among the top five wind power installations’ destination globally.

Indian state representatives from Uttar Pradesh, Himachal Pradesh and Andaman and Nicobar Islands made commitments on providing a conducive environment for making renewable installations in their respective locations.

A grand statement was also made by CEO of Softbank Group Masayoshi Son, who suggested that the company may offer free solar power after 25 years, by declaring that this proposition can be a reality today.

“ISA has been a very important part of Prime Minister Modi’s leadership. PM Modi wants 100% electrification, it’s a great mission, with great vision, for villages and for households. We are no more one nation in this mission, but 121 nations involved in bringing a change. I get involved as the chairman of task force, sharing three outcomes- solar innovation platforms, solar technology centres and finally connecting people with power. We fully support the vision 2020 set by PM Modi. Cost of Solar power generation is much cheaper in India compared to rest of the world. I will give free power from solar power projects after 25 years of PPA to all ISA member countries. We’re investing in tech and innovation so that we can harness solar energy efficiently to provide free power to children, mothers, communities across the world. It’s not a dream, we now have the resources to make this happen”

Power developers normally sign a Power Purchase Agreement with the state or Central Government, after winning contracts or bids.  21 countries of IORA adopted the Delhi Declaration on Renewable Energy, which aims collaboration with the ISA member nations for knowledge sharing and vetting potential interests in the renewable sector, with a focus on joint capacity-building programs, research and development activities in solar energy and the exchange of best practices.

With the First Assembly of International Solar Alliance and the second Indian Ocean Rim Association (IORA) held during the summit, it was evident from the discussions that countries indicated a keenness to reduce their carbon footprint through collaboration.

Most delegates expressed an enthusiasm for the industry’s growth, which has seen a plummeting of tariffs at an exponential rate.

International Solar Alliance, a dedicated platform created in 2015 for cooperation among solar resource rich countries, offers various stakeholders an opportunity to make a contribution towards increasing solar energy adoption. ISA currently has over 68 countries onboard.  It was first launched by 21st Conference of Parties to the United Nations Framework Convention on Climate Change (UNFCCC CoP21) by Prime Minister of India Narendra Modi and former French President, Francois Hollande.

The other major platform, IORA, is an international organization comprising coastal states bordering the Indian Ocean, which currently has 21-member countries.

Some of the separate country sessions included Australia being a partner in renewable energy; Indo-French partnership for the planet; sessions on financing conducted by USA; Finnish Renewable Energy investments in India; UK’s approach on accelerating innovative financing for RE and energy transition of India and Germany. The Indian Solar Alliance is hoping to mobilise USD 1 trillion investments to finance 1,000 GW global solar capacity by 2030.  Accordingly, member countries are looking at bankable solar projects, trade facilitation and unified finance pool for easy disbursement.