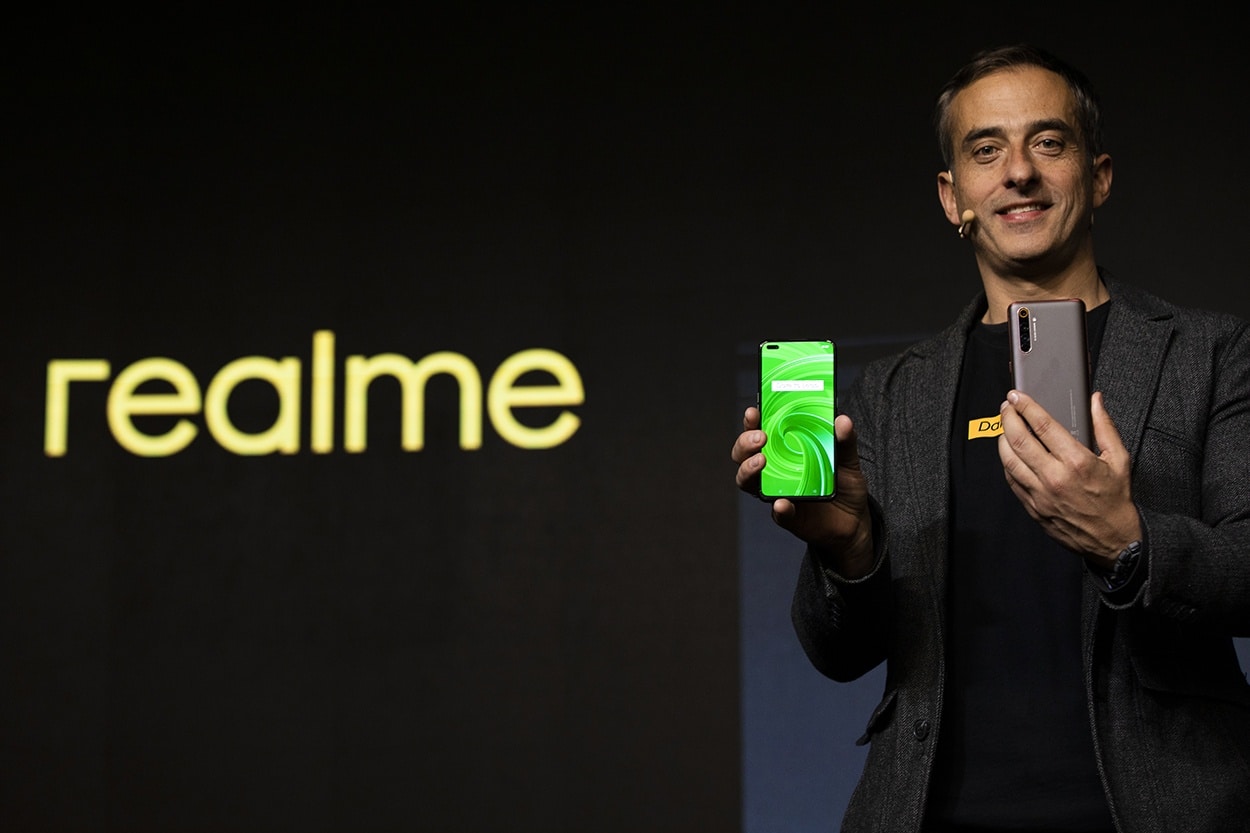 realme X50 Pro 5G claims to be among the first in the world to be equipped with the new Qualcomm Snapdragon 865 5G processor that supports Dual-Mode 5G network.

To provide users with a better 5G experience, this edition claims to automatically perceive the surrounding signal environment and switch between 4G to 5G. Moreover, adjustments allows strategic allocation of bandwidth and battery, with claims it improves battery life and may reduce power consumption by 30%.

It also supports the new Wi-Fi 6 standard for better performance in user-intensive scenarios, with further transmission distance and higher transmission rate. This release allows both 5G and dual Wi-Fi to be connected simultaneously, further improving network speed and stability.

realme claims the new Qualcomm processor sees an increased of 25% in performance of both the CPU and GPU are increased by 25%, and has an AI processing chip which is twice as fast than the previous generation. It is one of the smartphones firstly featured LPDDR5 DRAM, with the speed increased by 29% and the power consumption reduced by 20%, in comparison with LPDDR4X.

According to Qualcomm EMEA SVP Enrico Salvatori, the collaboration between the two companies represents a milestone smartphones in the EU market.

“We are proud to support realme in launching the X50 Pro 5G, their first 5G device to be launched in Europe. This milestone demonstrates the close collaboration between the two companies, and we look forward to working with realme as they bring this device, and others, to the European consumer,” says Salvatori.

To maximise performance, this release is shipped with 5D Stereoscopic Ice Cooling Pro technology composed of heat dissipation materials such as VC liquid cooling copper chamber, 3D graphite sheets of multiple layers and thermal silicon pads. The area of Vapor Chamber liquid cooling copper plate is up to 1821 mm2, which is larger than the traditional cooling tubes and can cover 100% of the core heat source. This edition also claims that its heat dissipation capability is greatly improved, which helps to maintain a consistent performance.

It is also equipped with a 4200mAh dual-cell battery; realme claims its the first to be equipped with Flash Charge technology—65W SuperDart. The new tech is able to charge to full battery within 35 minutes, which realme says is one of the current fastest charging technologies in the industry.

All variants are equipped with the new generation of GaN adapters to achieve higher power density with a smaller body and less heat. At the same time, realme X50 Pro 5G is compatible with both 30W VOOC 4.0 Flash Charge and 18W QC / PD fast charging.

This release is equipped with a 6.44-inch Samsung Super AMOLED display which offers an aspect ratio of 20:9 and has an up to 92% screen-to-body ratio. It supports HDR10+, the 100% DCI-P3 colour gamut and the sunlight display, reaching to the maximum brightness of 1000nits and the peak contrast ratio of 2000000:1. The brand new E3 luminescent material reduces blue light by 37.5% and power consumption by 5%.

The Super AMOLED display enables an in-display fingerprint recognition function, which adopts the Goodix’s new generation of fingerprint unlocking model that only requires an average of 0.27s to unlock the phone. In the meantime, the security is furtherly improved as it is upgraded to the full-spectrum white laser projection and combines the high-light screen projection and powerful processing core, as well as the security filters embedded.

On camera capabilities, it has a 64MP Ultra-wide-angle Hawk Eye Quad Camera on the Rear and Dual Camera on the Front.  It accommodates an ultra-wide-angle dual camera on the front, including the main lens which adapts a 32MP Sony IMX616 sensor and an f/2.5 aperture, while the 8MP ultrawide-angle lens has an f/2.2 aperture is able to achieve a 105° field-of-view. Both cameras support selfie in HDR and Nightscape mode. In terms of video recording function, the ultra-wide-angle video shooting, UIS video stabilization, selfie portrait beauty-cam and real-time bokeh effect videos are available. The new “Ultra Nightscape Mode”, users can take photos even with 1 lux of light.

To accomplish a unique glass touch tactile, realme X50 Pro 5G uses the industrial leading AG technology to reduce the emissivity of ordinary glass from 8% to less than 1% bringing a sense of low-profile matte texture which creates gentle and smooth touches, soft and comfortable.

previousNutanix Gets Thumbs up as Best Employer in Tech