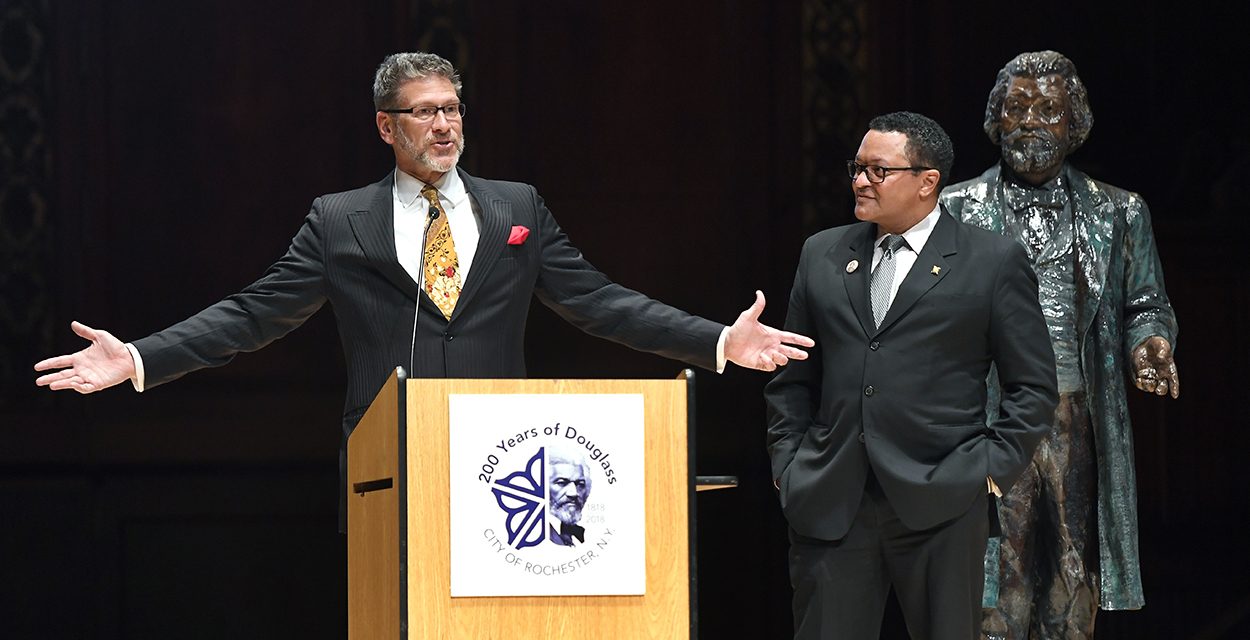 With the recent passing of H.R.2200 Frederick Douglass Trafficking Victims Prevention and Protection Reauthorization Act of 2018 in the US Senate on December 17, we were fortunate to chat with the Co-Founder and Executive VP of the Frederick Douglass Family Initiatives Robert Benz about how this will help impact kids’ lives in the US education system should it pass into law in 2019.

We sometimes hear stories of people living ordinary lives who find themselves unexpectedly confronted with an uncomfortable truth that becomes too difficult to ignore. For Co-Founder and Executive Vice President of Frederick Douglass Family Initiatives Robert J. Benz, this happened after reading a National Geographic feature on Human Trafficking in the mid-2000s which set him on a trajectory that changed the course of his life.

“After reading that story, I couldn’t let it go. I just felt that I had to use the means that were available to me to help in some way,” says Benz.

Benz says FDFIs mission is to advance freedom through knowledge and strategic action. They combat Human Trafficking in the classroom where, according to Benz, change starts with the kids.

“Douglass once said that ‘It’s easier to build strong children than to repair broken men’. This premise is at the heart of what we do,” says Benz.

According to Benz, working with the education sector enables FDFI in its mission towards victim prevention and youth empowerment. In 2016, FDFI partnered with two other NGOs Love Never Fails and 3Strands Global Foundation to develop and deliver a multi-modal program for educators and students in grades 5, 7, 9 and 11 on how to identify and prevent human trafficking in their own communities under their consortium, PROTECT.

“Our joint mission is to reduce the vulnerability of children to human trafficking. Prevention education is new territory in the anti-trafficking space. The US, as a matter of policy, has taken what’s called, a victim-centered approach to addressing human trafficking. Of course, we all want to see the rescue and restoration of victims. An over-emphasis, however, on the backend of the exploitation dynamic – helping someone after the crime has been committed – does little to reduce the numbers of new victims. Prevention education can do several things at once; it strengthens the community and the frontlines of this issue through protocol development and educator training; it helps young people understand the problem and avoid being victimized, and three, it encourages boys and young men not to become part of the demand for commercial sex. It also creates informed future advocates in the fight to end modern forms of slavery,’ says Benz.

After working on aspects of the Frederick Douglass Trafficking Victims Prevention and Protection Reauthorization Act of 2018, Benz says that, once signed into law, the mission to roll-out PROTECT in other US states will be greatly enhanced. To-date, the PROTECT project is in over thirty of fifty-eight California counties and in the state of Utah.

“We are very grateful to the Attorney General’s Office of the State of California and the California Department of Education for their foresight and support on this project. The Frederick Douglass Act now represents the next step. Finally, we’re able to perceive, in the full title of the bill, the importance of prevention in anti-trafficking work,” says Benz.

According to Benz, while there are many variables that creates the conditions for human trafficking to flourish, one of the primary causes comes down to a simple human emotion – greed.

“Success should definitely be rewarded. Innovations and new technologies are helping to bring incredible products to market and making it possible for more people to enjoy them.  Without better balance and value distribution, however, at each level of the supply chains that manufacture those products, exploitation will thrive.  Trafficking will never go away unless we check the greed—through corruption or excessive profit-taking—which poisons our economies. How do you convince Executives and Boards of Directors to settle for smaller bonuses and profits, so the Supply Chain costs aren’t all weighted at the top of the chain, thereby constraining profitability downstream – which creates the exact ripe conditions that allows for human exploitation to flourish? If greed is at the centre of this trade in humans, how can we start to measure success in ways that aren’t solely financial?  I don’t have all the answers, but these are questions that we all need to start asking if we are serious about making businesses truly sustainable for all,” says Benz.

According to Benz, the collective change that is needed to stop Human Trafficking requires communities to move from a passive position to a pro-active one. Inspiring kids to mobilise and become agents of change – however that manifests in adult life – can often be traced to a singular moment that left a lasting impression. We asked Benz why the National Geographic story moved him so much to change the direction of his life, and his response demonstrated a manifest example of how planting seeds through education when someone is young, can blossom in marvelous, and unexpected ways.

“As a 14-year-old, I watched a histo-fiction TV Series called Roots, which followed the story of a young man sold into slavery in Africa and his journey to North America as an adult. A part of me imagined that, had I lived back then, I would have fought to end slavery. When I read the National Geographic story in 2003, that part of me was reanimated. Watching Roots as a kid informed my sense of social justice and removed the option of turning away from the problem. My own example is why I believe so strongly in sowing these seeds of knowledge early. Education can change the archaic and novel paradigm of human exploitation,” says Benz.

To find out more about PROTECT go to www.PROTECTnow.org. Learn more about upcoming events and projects of Frederick Douglass Family Initiatives at www.FDFI.org.

(Featured image of Robert Benz, left, with Kenneth B. Morris, Jr. as they announce their intention to make Rochester the new home for FDFI during “Prophet of Freedom: Honoring Frederick Douglass in Word and Song” held at Hochstein Performance Hall, December 3, 2018. Photo courtesy of Adrian Kraus / University of Rochester.)