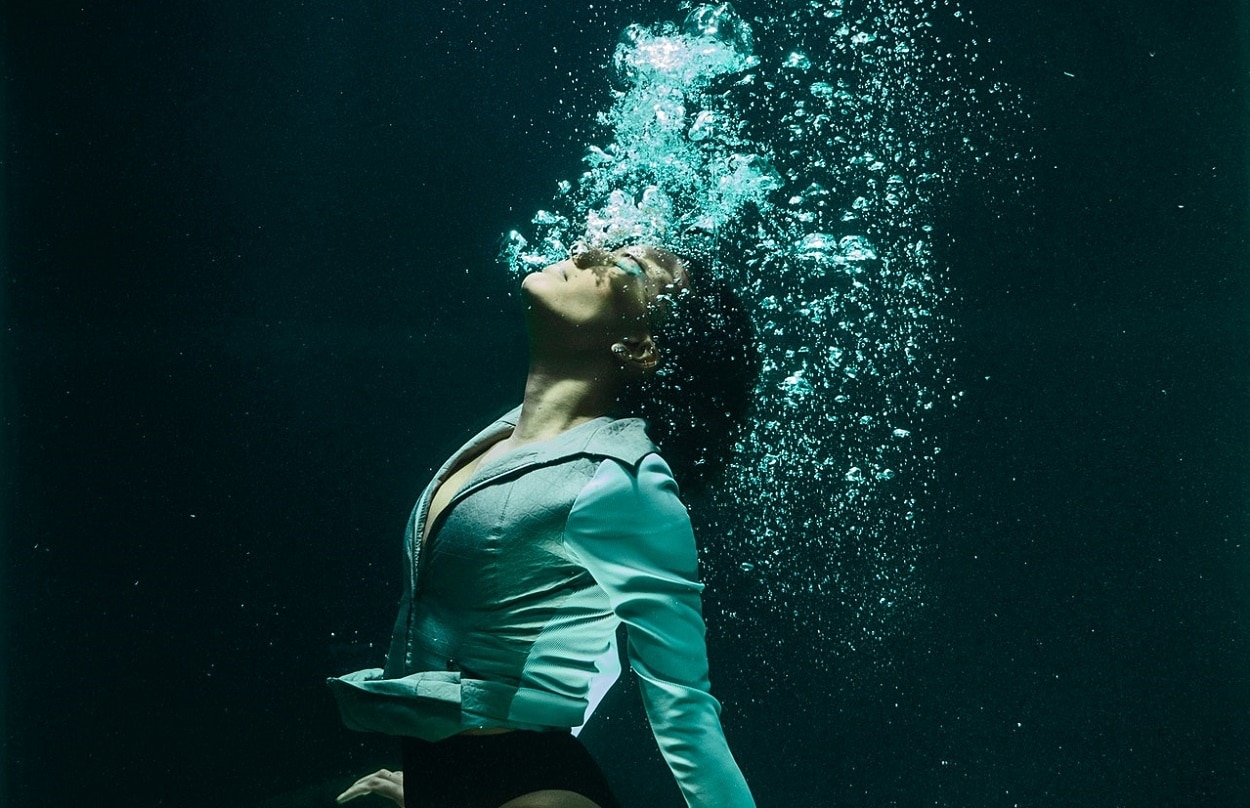 RYOT held its screening of The Fabric of Reality in Asia Pacific in early August, as an immersive fashion show in partnership with Kaleidoscope, the Museum of Other Realities (MOR) and the Fashion Innovation Agency (FIA) at London College of Fashion, University of the Arts London.

First live-streamed in the UK on 29 July, RYOT claims this approach is a first of its kind virtual reality fashion exhibition, aimed at taking audiences on a journey to explore the story and narrative behind the designer’s collection.

The Museum of Other Realities says its a community of creators, explorers and artists that have created a revolutionary virtual space, bringing together free-ranging and interactive experiences, with a focus on VR art.

Founded in 2016 as a virtual museum and social venue showcasing digital art and media, Kaleidoscope brings together XR creators and industry leaders to develop, fund, and distribute new work. Both institutions are highly committed to supporting immersive artists, and make it a large part of their mission to showcase and promote independent virtual pieces.

The Fashion Innovation Agency says its built a reputation for using emerging technologies to help designers change the way they make, sell and show their collections. RYOT joined forces with like-minded partners to create an exhibition that re-imagines fashion shows now and in the future, bringing a completely new dimension to the way that designers’ concepts are showcased to audiences.

In preparation, designers are paired with digital artists to dress the space in a style that matches both the audience and collection. Viewers engaging with the exhibition through VR headsets will appear as avatars or ghosts and will be able to fly and explore the space beyond physical limitations.

The partnership will create an immersive platform for fashion lovers to view and experience the visions of the designers of tomorrow. Designers showcased so far included:

Damara – a fashion media practitioner who focuses on blurring the binary of physical and digital to create positive change for sustainability whilst exploring immersive digital fashion. Damara has partnered with Sutu (aka Stuart Campbell), who has been commissioned by the likes of Marvel and Disney to create VR art for properties such as “Doctor Strange” and “Ready Player One”.

SABINNA – a designer who combines traditional handcraft with innovation to create timeless contemporary pieces to showcase how fashion can be a tool to reconnect with our mind and visions. SABINNA has partnered with VRHUMAN (aka Vladamir Ilic), who combines new mediums like Tilt Brush, 3D-software, and traditional media to expand our understanding of how we interact with our surroundings and with ourselves.

Charli Cohen – a designer and activist, focused on a progressive, next-gen model for the fashion industry, telling meaningful stories that are grounded in physical product. Charli has partnered with Ana Duncan, an illustrator and designer in the animation industry, who has worked on projects for Warner Brothers, Disney and Cartoon Network. Charli has also been paired with John Orion Young (JOY), who creates original virtual muses.

According to RYOT Head of EMEA Mark Melling, interactive, immersive digital experiences are the future of live events – whether to augment analogue experiences or pure-play digital events.

“Designers and creators want to tell a story with their creations and a virtual world like the one we are bringing to life with the Museum of Other Realities allows them to tell so much more of the story behind their designs. Never before has it been more important to highlight the opportunities to showcase creativity through virtual events. As 5G allows almost instant, real-time digital interactions, as well as smaller device form-factors like AR/VR glasses that don’t need computers inside them, XR experiences will grow exponentially. We hope that The Fabric of Reality will open up a world of possibilities for the future of fashion and other live events, along with bringing inspiration and enjoyment to fashion lovers all around the world,” says Melling.

“Our mission is to become a beating heart of the global VR community, to fuel it with new creators, ideas and distribution opportunities. To see fashion talents and market innovators joining forces with top-notch immersive artists makes me confident that the future of the creative industries lies within virtual media,. says Pinnell.

The Fabric of Reality project is being delivered by RYOT as part of Verizon Media’s broader XR programme, Verizon Media Immersive, launched in June with further global rollouts being planned this year.  In Q1 2020, Verizon Media says it opened a new state of the art production studio in London, offering space to produce premium quality, 3D content including VR and AR experiences using state-of-the-art facilities like volumetric capture, motion capture and AR broadcast.

“It is vital that the fashion industry recognises the potential of immersive technologies to revolutionise every element of how it creates and communicates, including that most iconic moment – the catwalk itself. This project will reimagine the live show experience and offer an inspirational glimpse into the virtual future of fashion,” says Drinkwater.