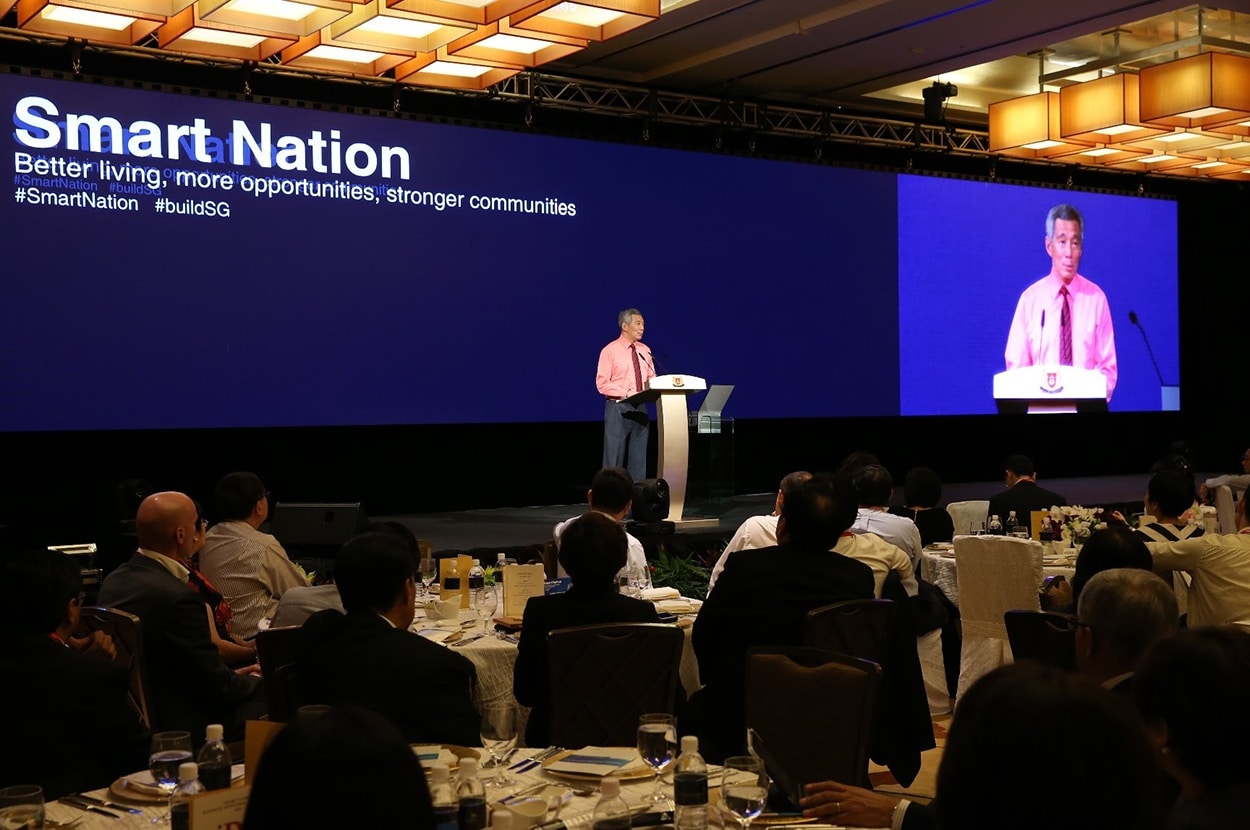 Singapore is one of the most cash-efficient countries in the world, however, it has failed to find a viable business case for a national interoperable e-payment system, resulting in market fragmentation. The renewed push to go cashless under the Smart Nation initiative in 2018, may result in a faster rate of adoption…

Singaporean Prime Minister Lee Hsien Loong expressed concern over the excessive use of cash for transactions in the country, fearing Singapore may fall behind in the race towards digital payment adoption. China, South Korea and more recently India, have made strong headways in moving towards a cashless society.

Prime Minister Loong launched the Smart Nation Program in 2014, with an objective to make Singapore a global city that would rival regional neighbours in terms of economic competitiveness and ranking higher on the global livability index.

The initiative was launched to harness cutting-edge technologies to improve living conditions in the island nation, integrate communities and empower citizens to realize their aspirations through good jobs and opportunities. The program also aims to promote innovation and entrepreneurship in businesses.
For that to happen, Prime Minister Loong emphasized his priority to turn the Singaporean economy from cash to cashless as part of the ‘Smart Nation’ vision.

At a recent National Day Rally, Prime Minister Loong claimed 6 out of 10 purchases are still cash or cheque transactions.

Singapore had a high digital penetration in the early 2010s, however the enthusiasm for digital payments waned in recent years, according to several media reports. The government has been struggling to reduce the reliance on cash owing to operational costs associated with cashless transactions.

The cost of digital transactions has also impacted the digital readiness among Singaporeans. In a nutshell, cash is without a convenience fee. For instance, a taxi ride paid with a credit card may attracted up to a 10 percent surcharge.

Prime Minister Loong had expressed concerns over the use of cash among citizens and businesses, citing that there were too many different digital payment schemes which were not interoperable, making it an incoherent system that is difficult to access.

The Prime Minister had highlighted the presence of inconvenient systems which have forced people to carry multiple cards. On the business side, installation of multiple card readers incurs cost, and hence require a seamless integration.

According to several reports, Singapore is one of the most cash-efficient countries in the world, however, it has failed to find a viable business case for a national interoperable e-payment system, resulting in market fragmentation. While individual institutions and businesses have made digital payment gateways, the scope has remained restricted to specific operations.

All major banks operating in Singapore have a network of ATM’s, (approximately 2,000) within a 500-meter radius of all households which has become a facilitator of easy cash, affecting people’s decision to switch to cashless transactions.

To-date, growth of financial technology companies has stagnated in Singapore, whereas fintech has shown greater growth in countries like China, South Korea and India with major brands and start-ups showing an appetite for digital payment systems.

Since late 2017, digital payments have come to the forefront of Singapore’s national agenda. The government has reached out to industry representatives to promote paperless practices by developing digital infrastructure that could promote interoperability, efficiency and security for a nation-wide payment system.

According to sources, the Government has mandated a single player to implement a unified payment platform across the island. It is believed that this move would not only be economical because of the scale at which it will be done, it will ensure that the solution would support payment needs across all sectors.

This would re-dress the existing market fragmentation. The adoption of interoperable payment platforms on a wider scale may encourage innovation, differentiation, competition and transparency.
Singapore’s central bank – the Monetary Authority of Singapore – has introduced a regulatory framework and outlined operating principles to streamline activities.

Unified payments solutions are beginning to emerge as an option if not the alternative for cash in Singapore, which are showing signs of user growth in the first quarter of 2018. Private and public-sector enterprises are using international standards and retro-fitting them to domestic conditions.

At the forefront of the Smart Nation program, is the ‘National Digital Identity’, an initiative dubbed as one of Singapore’s ‘Strategic National Projects’. The country through this initiative aims to create a culture for digital transactions among citizens and local businesses. Digital transactions would include electronic payments that would facilitate simple, swift, seamless, and safe payments.

‘Smart Nation Sensor Platform’ and ‘Smart Urban Mobility’ are other strategic projects in the program. While the former deals with the deployment of IoT, the latter is about leveraging data and digital technologies, including AI and autonomous vehicles, to enhance public transport.

Bundling government services, across different agencies, across the entire value chain is another strategic project called ‘Moments of Life’. According to a recent Wall Street Journal report, Singapore has been realigning all projects to fit under the Smart Nation objective, which sits directly under the prime minister’s office.

Another report by The International Telecommunications Union (ITU), a specialized agency under the United Nations Organization for information and communication technologies, offers a critical evaluation of Singapore’s progress in meeting the objectives of the country’s ‘Smart Nation’ strategy.
According to the ITU report, one of the major achievements by the Singaporean Government under the Smart Nation banner is that it has deployed an undisclosed number of sensors and cameras across the island city. This has resulted in a major collation of data on virtually everything from cleanliness of public spaces to the density of crowds and the precise movement of every locally registered vehicle.

previousCommercial Design for SMBs on a Budget