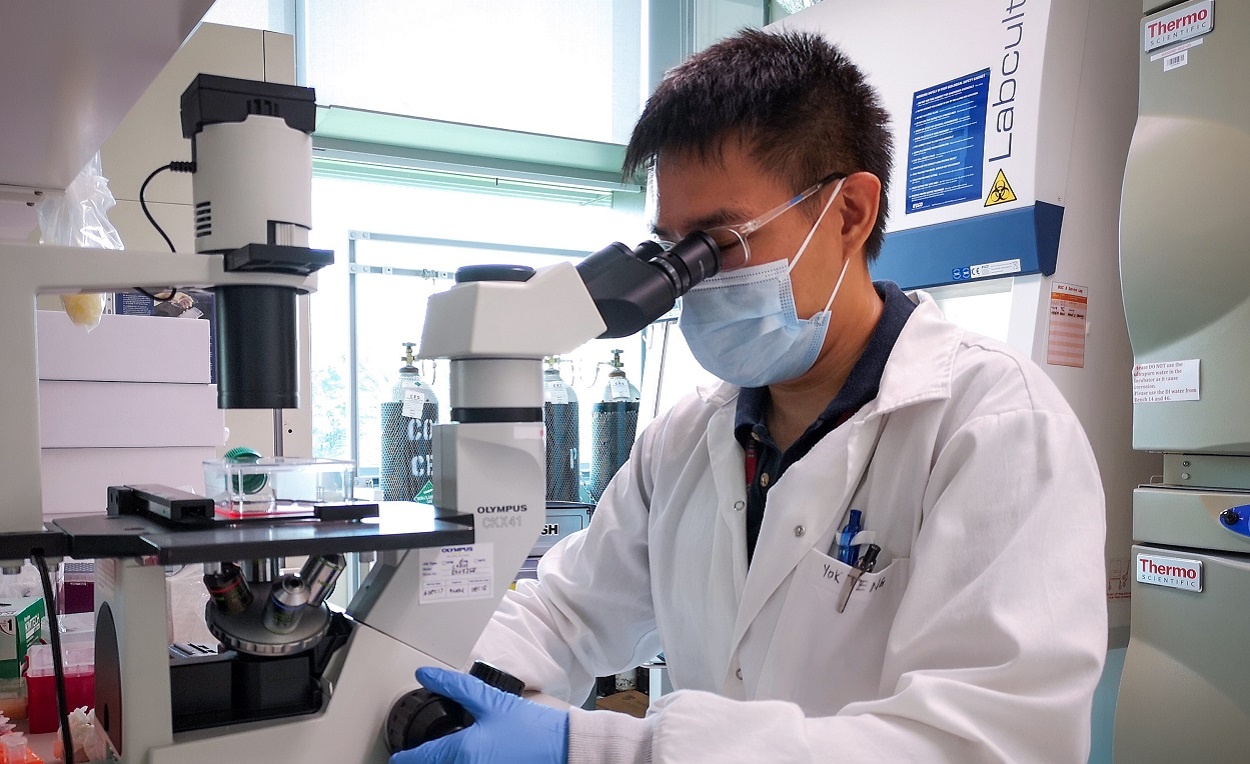 What has been dubbed The Rapid Response Strategy, has allowed SMART researchers to drastically reduce the time taken to develop treatment for yellow fever, Zika and COVID-19.

While currently endemic in 47 countries in Africa and Central and South America, the potential for large urban outbreaks is still present in other regions where the mosquitoes capable of transmitting yellow fever exist, especially in Southeast Asia due to the favourable ecology for the Aedes aegypti mosquito species.

This is particularly worrying in Singapore, where the same mosquito species is on track to cause the worst dengue outbreak in its history, with 18,000 cases and 19 deaths so far in 2020. Although a safe and effective vaccine has been developed for use in most cases, to date, there have been no licensed treatment options available against the disease.

Researchers from Antimicrobial Resistance (AMR), an interdisciplinary group at Singapore-MIT Alliance for Research and Technology (SMART), MIT’s research enterprise in Singapore, have developed TY014, a potential antibody treatment for yellow fever. SMART AMR collaborated with researchers from Massachusetts Institute of Technology (MIT), and local institutions such as the Singapore General Hospital, Duke-NUS and Tysana Pte Ltd to develop the antibody treatment within only seven months using a Rapid Response Strategy, a feat that usually takes several years.

In a paper “Phase 1 Trial of a Therapeutic Anti-Yellow Fever Virus Human Antibody” published in the New England Journal of Medicine, the researchers describe the methods and results of Phase 1 of the first-in-human TY014 study. The study has demonstrated the potential for yellow fever treatment using TY014, a fully engineered, human manufactured IgG1 monoclonal antibody that targets the yellow fever virus, with success in early-stage clinical trials in Singapore. The paper also explains the Rapid Response Strategy that accelerated the development of candidate treatment to only seven months; with the clinical batch of TY014 produced within five months from the initial transfection, and the completion of Phase 1a and 1b of clinical trials two months later.

Reducing the time to make new drugs and therapeutics

Monoclonal antibodies hold promise for treating a variety of infectious diseases including cancers, but these usually take several years to develop and test. The condensed timeline for TY014 was facilitated by a development process that carefully monitored product quality and correlated them with safety toxicology and pharmacokinetic studies using redundant orthogonal analytics; performing many of the steps necessary for drug development in parallel.

According to SMART AMR Principal Investigator and MIT Professor of Biological Engineering and Health Sciences & Technology Ram Sasisekharan, the quick turnaround was also enabled by adapting an advanced proprietary computational platform technology, first developed at SMART and MIT, to identify and engineer the TY014 antibody.

“Traditional drug development processes are very linear, and they take many years. If you’re going to get something to humans fast, you can’t do it linearly, because then the best-case scenario for testing in humans is a year to 18 months. If you need to develop a drug in six months or less, then a lot of these things need to happen in parallel,” says Professor Sasisekharan.

According to Professor Sasisekharan, the Rapid Response Strategy dramatically reduces the time it takes to make new therapeutics from years to months. Using this strategy, the researchers have also developed a Zika candidate treatment within nine months. This was followed by the yellow fever programme which took seven months.

It can be extended to other infectious disease indications and reduce timelines for antibody biologics which are important in potential pandemic responses, as seen in the current COVID-19 pandemic. Most recently, a COVID-19 antibody treatment (named TY027) was developed by this team in just four months using this approach. Preliminary results from the Phase 1 trials show that no adverse events have been observed after the infusion of TY027 in healthy volunteers. Phase 3 clinical trials are expected to start in August in Singapore.

“The COVID-19 pandemic has exposed the need for a rapid response to infectious diseases. Leveraging off the experience and foundation documented in this study, and previous research, we were able to respond quickly to COVID-19 and will be able to adapt and improve the rapid response strategy for future pandemic responses,” says Professor Sasisekharan.

With further anticipated advancements, a rapid response platform that can go from sequence to clinical testing of promising antibody biologics within three months is entirely feasible.

In a third-party review of the study, National Resilience CEO Dr Rahul Singhvi says the findings highlight the transformational impact technology has had on driving timely outcomes.

“This is a very important study that demonstrates the critical importance of innovation, process design, sophisticated analytics, and progressive regulatory thinking in the drug development process; bringing an antibody therapeutic to patients within months of a deadly disease. Thanks to the rigorous characterisation of the materials used at different stages of the programme, the reduction in timelines did not compromise any safety or efficacy requirements in clinical trials. The authors have set a new benchmark for the timeline from discovery to treatment. This is not only transformational but essential to combat the increasing risks from current and emerging infectious disease threats,” say Dr Singhvi.

According to Singapore General Hospital Department of Infectious Diseases and Principal Investigator at SMART AMR Professor Jenny Low there is currently a lack of therapeutics for yellow fever.

Large epidemics of yellow fever occur when infected people introduce the virus into heavily populated areas with high mosquito density and where most people have little or no immunity. To prevent an epidemic, Dr Low says it is important to vaccinate 80% or more of the population at risk. However, the global manufacturing capacity is unable to meet a surge in demand, especially during an outbreak.

Furthermore, Low argues the vaccine is contraindicated in infants and those above 60 years old, as well as in immunocompromised persons, due to the increased likelihood of severe adverse effects. Management of yellow fever in these groups is usually through supportive care.

“Following reports of urban yellow fever outbreaks in Africa in 2016 followed by Latin America in 2017 and 2018, we were convinced that a yellow fever therapeutic is urgently needed for potential international spread and outbreaks. Other regions, while currently not endemic for yellow fever, remain at risk of unprecedented yellow fever outbreaks, as the vector responsible for the disease, the Aedes aegypti mosquito, is prevalent throughout the tropics and subtropics including Asia. While there is a highly effective vaccine, the vaccine production is limited with vaccination coverage often incomplete. It is also contraindicated for subgroups of population. An antibody treatment will not only plug these gaps but could also prepare global healthcare systems for potential outbreaks” says Professor Low.

Researchers used a computational approach to develop the TY014 antibody to specifically target an epitope on the yellow fever virus envelope (E) protein in post-infection therapy. This will help alleviate the stress on global healthcare systems in managing a yellow fever outbreak, and also fill the current gaps in healthcare that cannot be safely addressed by vaccination alone.

This is especially important in regions with an imposing footprint of the Aedes aegypti mosquito, the species responsible for current dengue infections and also capable of transmitting yellow fever, in places such as Asia and even in parts of the United States of America – where healthcare systems are ill-equipped for widespread yellow fever vaccination.

Testing for safety and efficacy

With the phase 1b trial completed in July 2019, researchers says they will perform phase 2 clinical trials in patients infected with the disease.