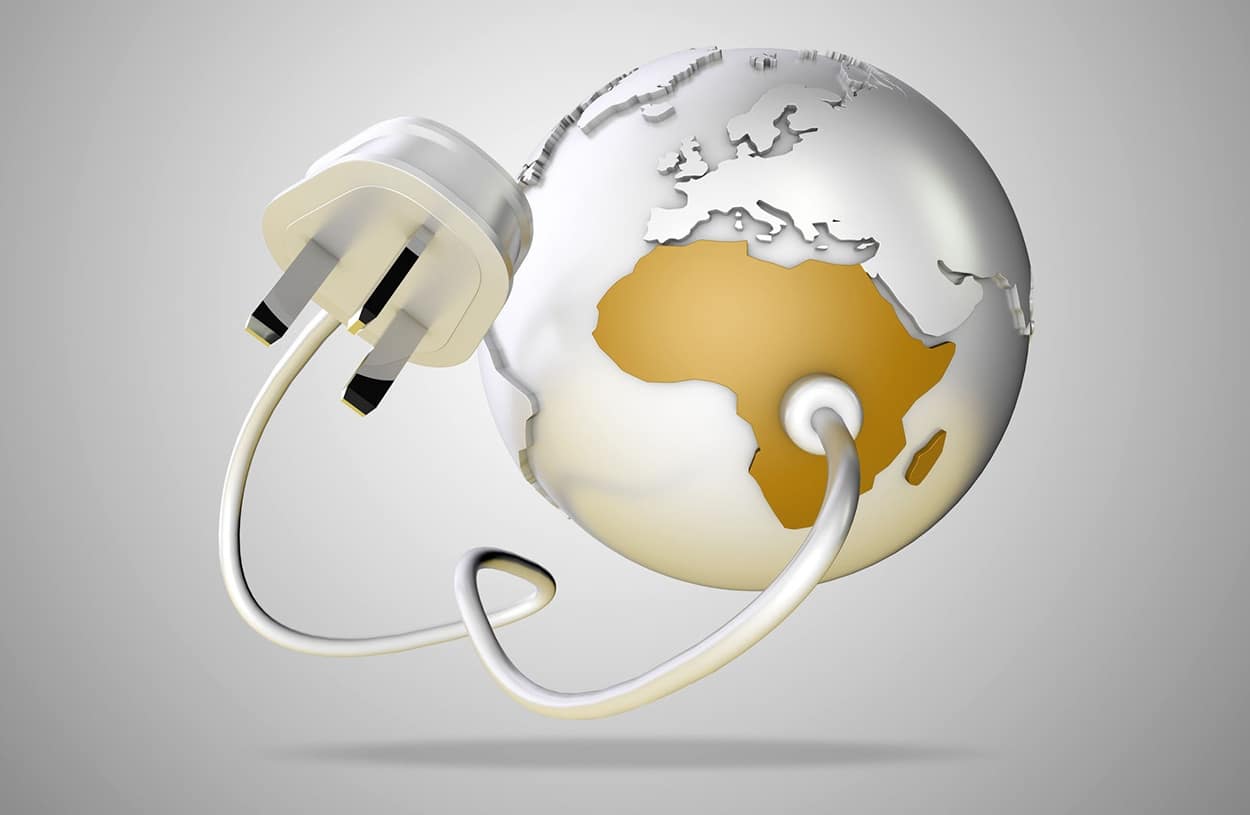 Africa and the Middle East with abundant solar radiation have crossed the threshold of the learning curve in harnessing solar power. The countries in the two regions are now moving towards what can be called potential powerhouses of the world, only if the momentum set by international collaborations and private participation sustains it.

As the world prepared to shake a leg on Waka Waka (This time for Africa) song with Shakira during FIFA cup in 2010, little did many realise that in the run-up to the mega football festival, an event was taking shape in a small village in South Africa, that harboured the potential to change the face of the African continent.

The residents of Jericho, a village near Johannesburg were preparing to watch a world cup match of their home team on a large TV, which was powered by solar panels and generators. It was the first time ever that Greenpeace Africa and villagers had set up a pilot project to demonstrate the power of solar energy, which eventually paved the way for fuelling the African solar energy revolution.

Soon after, in 2011, the South African government invited private bids for launching ‘green projects’ for feeding the national electricity grid.

Today, South Africa is one of the top solar energy producers of the world. Other African nations like Morrocco, Rawanda, Ghana, Uganda, Nigeria, Algeria and others have taken cues from the success of South Africa’s solar ventures, and have lined up ambitious plans to tap their own solar potential.

Some of the big solar projects like De Aar in South Africa or Ouarzazate in Morrocco have demonstrated how large-scale utility-based projects can alter the socio-economic landscape of the area. Desertec, a German group has ambitious plans to produced clean energy from the Noor-Ouarzazate complex it installed in Morocco. Morocco’s King Mohammed VI inaugurated the phase one of the project- Noor I in early 2016. The group plans to generate enough solar energy from the largest concentrated solar power (CSP)plant in the world for meeting 100% of Morocco’s local demand as well as meeting 15% of European demand by 2050.

Desertec says that at the 2016 United Nations Climate Change Conference in Morocco, multiple European countries including Germany signed an agreement to develop a plan on how to export clean energy from the African nation.

How solar can change the face of Africa

Power infrastructure has failed to make inroads deep into the African continent. A 2016 study of Afrobarometre, a research network, says that across 36 African countries, only 2 out of 5 people have access to electricity throughout the day.

Earlier, in March 2017, the Africa Progress Panel headed by former UN Secretary General Kofi Annan, highlighted the long-standing issue of power deficit in the continent and called for a ‘concerted action’ to fill in the energy gaps. The panel estimated that with the current state of affairs, electricity will reach all Africans only by 2080.

“What we are advocating is for African governments to harness every available option, in as cost-effective and technologically efficient a manner as possible, so that everyone is included and no one is left behind,” says Kofi Annan in the report Lights Power Action: Electrifying Africa.

Harnessing of solar energy in Africa can be a one-stop solution in itself for plugging Africa’s energy deficit. As per the world map of horizontal solar radiation, the bounty of sun’s energy which showers on Africa is more than any other continent receives on the Earth.

The abundant and uniform insolation rate in Africa and evolving governmental energy policies should not be viewed in isolation, but an extension of what is taking shape in another emerging market with immense solar potential.

The obvious reference is to the Middle Eastern region. Solar radiation in the Middle East is one of the highest in the world and fairly uniform for at least 8 months a year from March to October.

With rich black-gold resources, do the countries in West Asia really need to produce electricity?

Global crude prices in 2016 slipped below USD28 a barrel, the lowest in 12 years, sparking fears of revenue loss in the economies which heavily depend on energy exports. Another set of triggers tilting the region towards solar is massive dependence on oil as a source of electricity, and the resultant emissions polluting the environment. Saudi Arabia, for instance, generates 65 percent of its electricity using oil, in Kuwait and Lebanon 71 percent and 94 percent respectively of electricity requirement is met with oil. Yemen produces 100 percent of its electricity using mineral oil.

The long-term use of oil to produce power has resulted in twenty-nine of the world’s most polluted cities in the region.

Clearly, Middle Eastern countries have begun viewing their energy policies as unsustainable in the long run and have roped in green energy to meet their future energy needs.

As per the Middle Eastern industry data, countries across the region are expected to invest AUD 876 billion in renewable energy over the next 25 years, and solar will bag almost 85-90 percent  of that investment.

The Gulf countries are well on the path to solarise their energy requirements. The Solar GCC Alliance plays a key role encouraging development and global collaborations.

UAE, the pioneer in solar energy in the region, ranks at the top in getting solar radiation with peaks at 7500 W hr/m2 in the month of May 2016. The country is set to capture immense solar radiation to generate power.

Saudi Arabia, which ranks third in solar radiation in the region, gets peak radiation at 7200 W hr/m2 during the summer. It plans to invest AUD 142.5 billion and generate one third of its electricity through the solar route. With two pilot projects in place, an irrigation project at Al-Jouf and solar plant for Saudi Dairy and Foodstuff Company in Riyadh. Saudi Arabia has made Vision 2030 targets to generate adequate renewable energy and diversify away from its dependence on oil revenues.

It’s not just abundant availability of solar radiation in Africa and the Middle East that has drawn the interest of investors in these regions. The cost of solar technology slipping over the years has added to the attraction. In 2008, the cost of PV solar panels in the US stood around AUD11.60 per watt, to the existing AUD4.42 per watt- a fall of more than 60 percent. As per the Middle East solar industry data, the cost of both technologies, PV and CSP, is expected to fall further in the next 10 years.

Recognising the role solar can play in securing energy needs of the future, governments in Africa and the Middle East have firmed up policies and entered into exploratory pacts and agreements with global players and investors to set up and fund large-scale utility plants.

According to the Middle East Solar Industry Association, investors pumped in investments to the worth of AUD billion in 2015 from about AUD210 million in 2010.

Solar power topped the ranking of most promising opportunities in Africa, as per the Havas Horizons study on finance for growth in Africa, conducted by Paris-based communication agency Havas Paris and Institut Choiseul, a French think-tank for international politics and geo-economics.

Despite major announcements in the past, solar power failed to make significant contribution to the total electricity generation Africa and the Middle East. A World Bank report in February assessed that Africa tops the charts with the least developed power policy in the world. Even though, solar has offered connectivity to services like non-grid lighting, phone charging, radio and TV access in some areas, but is just 1 percent of the total electricity generation in Africa.

Shifting government policies, weak legal framework, land rights, and bureaucratic hurdles has so far had a dampening effect in the growth of solar despite tax exemptions.

There is dire need of further international collaboration and private participation if solar has to grow to the extent that Africa and the Middle East become power houses of the world. Green bonds, debt instruments for investment in green projects, capital markets are emerging as credible sources of funding, but what is equally important is the sustained moment of interest from international investors.