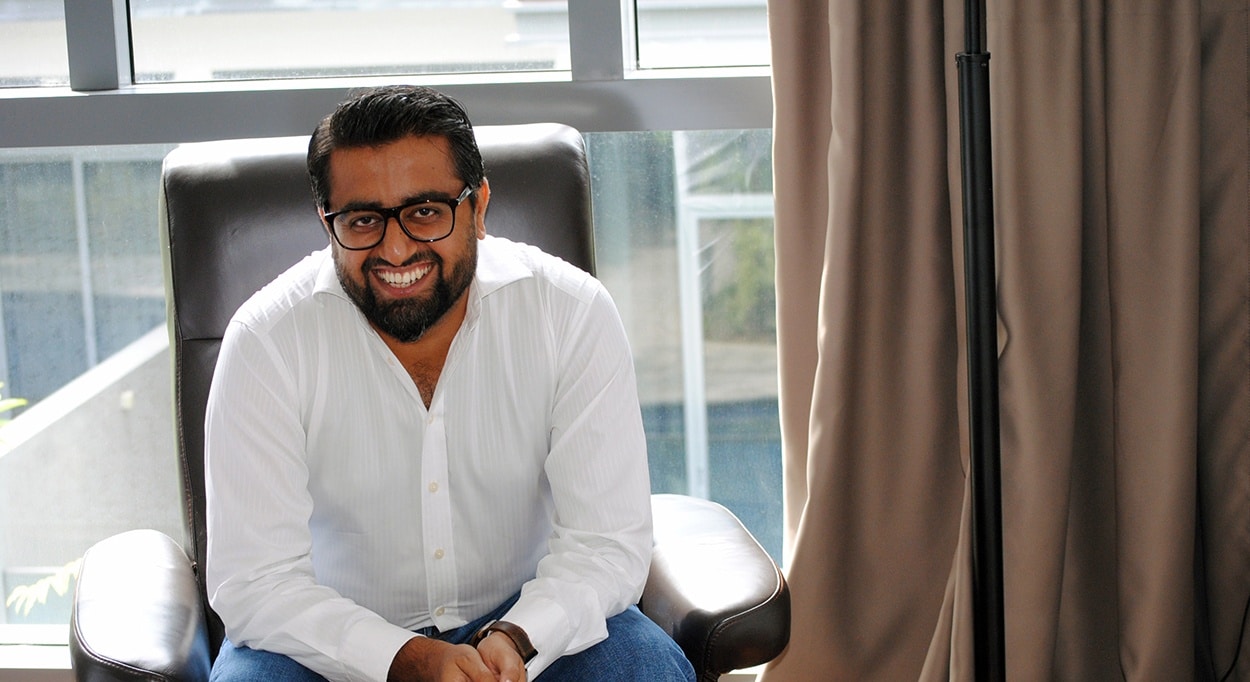 Like his namesake from the 14th Century Conqueror in Asia, Co-CEO of Route Trading Taimoor Iqbal shares a story of perseverance in the face of giants. Iqbal discusses his 12-year long journey to make the ‘Know Your Customers’ Customer’ in the Home Remittances Sector a force for high street bankers to reckon with…

According to the World Bank Senior Financial Sector Specialist Marco Nicolì, for the past decade, the home remittance industry has been under increasing scrutiny, with major banks undergoing ‘de-risking’ practices to counter money laundering and the financing of terrorism.

As of result of regulatory changes, a number of Money Transfer Operators (MTO) or sometimes referred to as Money Service Banks (MSB) have suffered major setbacks and in some cases, closures, due to burdensome legal constraints and tarnished reputations in the market. Nicolì argues that for banks, the profits from serving MTOs are not enough to justify the level of effort required to manage real, or perceived, risks.

The primary ‘risk’ associated with MTO transactions is the lack of transparency between transactions – as the banks are unable to accurately identify the receiver of funds in another country. Tightening regulatory constraints in the home remittances sector can be devastating as migration continues to flow between emerging and advanced economies.

According to Knomad’s Migration and Development Brief and the 2018 Migration and Remittances data, remittances to low and middle-income countries rebounded to a record level in 2017 after two consecutive years of decline.

According to the World Bank, home remittances is driven by migration growth through Europe, Russia and the US. Remittance inflows improved in all regions with the highest remittance recipients being India (USD69 billion), China (USD64 billion), Philippines (USD33 billion), Mexico (USD31 billion), Nigeria (USD22 billion) and Egypt (USD20 billion).

Global remittances are expected to grow 4.6 percent to USD642 billion by the end of 2018.

The UN Sustainable Development Goal target of 3 percent transfer fee to home countries is currently more than double the target, with Africa costing an average of 9.4 percent; a substantial fee for low income migrants.

With the entrance of biometrics, banking apps, cryptocurrency and blockchain, it is widely expected that these technologies are set to shake up the home remittance sector in the coming decade. One guy who is set to make a major technological impact in this space is Founder and Co-CEO of Route Trading Taimoor Iqbal, who is getting ready to launch a world-first Money Service Bank that is KYCC compliant – through biometric technology in September 2018.

Based in the UK, Taimoor entered the Remittances Sector in 2006 prior to the introduction of licensing requirements for MSBs and for the past decade has faced numerous challenges on his quest for change.

“Shortly after entering the industry, I realised that there was no robust system to track money exchanges. There were excel spreadsheets and the banks asked no questions about transactions. In 2007, I decided to start my own MSB but I was told by the Bank Manager that being 25 years old meant I was too young to open an account, but I should work as an agent of Western Union. I realised I needed a system to give confidence to the bank, to show that I could track senders and receivers with absolute transparency. In 2008, I became an agent of a large money exchange in the UK and opened branches in the US, Dubai, Hong Kong and the UK. In 2009, the Government regulator passed a new rule (PSDI) whereby if you were a Money Transfer Operator, you could act like a bank and offer services but no lending. As the industry had major compliance issues, it made it very difficult for new entrants like me to sustain my license. Regulations were so cost-prohibitive, I had to shut down operations for two years. But in 2012, I realised that I didn’t want to do anything else, so I flew to Pakistan in 2013 to put together a Development team to build MoneyRouter, a software platform that could stabilise and provide full transparency of the money exchange process,” says Iqbal.

As all the banks were saying no to MSB entrants, Iqbal says that his original plan was to develop the software to sell B2B to banks. He called his Accountant, an ex-banker and now Co-founder of Route Trading Musa Jemmeh to join him.

“Musa came on board in 2014. He liked the idea but felt the compliance component was not robust enough, so I had to take my product through a second iteration, which was challenging because I had spent all my savings to build the first iteration. I felt like Musa was sent from God, because without him and his financial contributions, my dream could not have been accomplished,” says Iqbal.

When they were ready to go to market, Iqbal and Jemmeh pitched their product to small and large banks in London.

“We met with Head of Compliance and we just kept getting the same answer. Even though no one had what we were offering in the market. They just weren’t interested. So I made the decision to sell my home so I could invest more into the product development in 2014. I knew there was a big demand for it but no one was listening. One bank told me that their strategy was to simply hire more compliance officers and to visit all MSBs on a regular basis. I replied that they are not hiring compliance officers, they are hiring auditors as the former takes action prior to the transaction while auditors do it post transaction. Needless to say, they didn’t return my call,” laughs Iqbal.

In the face of fierce opposition, Iqbal says Route Trading decided to launch MoneyRouter at the end of 2016, making them an official, fintech company.

“The home remittance industry has a lot of loop holes. People who were engaging in money laundering, if caught, would just blame each other. So the banks would just shut down the account. There was no solution. In 2017, the regulators applied the Know Your Customer law. My solution applies the Know Your Customers’ Customer, or what is called the KYCC solution. However, UK banks are not required to go beyond the KYC mandate so will not change unless forced to do so by further regulation. I realised therefore that I could not sell this solution to banks; I would have to lobby regulators to enforce the change. So in 2017 I decided to stop trying to sell my software to banks, but to open my own white label banking service using my software that is KYCC compliant. Now with PSDII in full effect in 2018, banks need to explain why they will not grant MSB entrants a bank account. So market expectation is changing, and we are ready to meet the demand,” says Iqbal.

After a 12-year long journey to get to a stage of launching Route Trading’s MSB called MT Business Solutions in late 2018, which aims to offer banking solutions to all MSBs globally, we asked Iqbal, now 35, how he feels being so close to launch after so many setbacks.

“I don’t regret that the banks all said no because it forced me to pivot. This experience has taught me that we all need to dream big and achieve each milestone no matter how small, with perseverance. And we all need a cheerleader to keep us going. That’s my wife. During this journey there were two times when I really wanted to cry and make a big noise. Both times, I locked myself in the room and sat there. Then I said to myself, No. I’m not going to cry. I’ll try again. I always wondered why successful businessmen can be so calm without emotion. I then realised that the start-up phase takes up so much emotion, by the time you succeed, you’re spent,” laughs Iqbal.

For Iqbal, the difference between winning and losing in the start-up phase is in the team – and understanding the drivers and constraints of each player is key.

“Without a good team, you can’t achieve anything. I’ve found there’s four kinds of people; The risk takers are the founders. The second type is willing to share the risk. He’s a co-founder. The third guy, who says I have a family, but part-time I will work on your project, these are pioneers. The fourth kind are those who say I don’t care about your vision, as long as my pay is in my account every month. These are staff. Start-ups cannot afford to hire staff,” laughs Iqbal.

According to Iqbal, Route Trading’s software platform MoneyRouter, offers money transfers in real time safeguarding against criminal activity. Prior to a transfer being approved, MoneyRouter requires both senders and receivers of money to input key identity data using biometric technology. Identities are verified via thumbprint. If all criteria are met, the transfer is authorised.

“We can handle many thousands of transactions per minute. Our application can be hosted either on proprietary servers or in the cloud. It’s important to note that the total available market can be up to 42 percent of GDP for some countries. There are nearly 2.5 billion people who are still unbanked as of 2018 and because of the KYCC issue, Banks are losing out on nearly USD 44 billion in revenue per annum. There is no product currently on the market that offers our level of security and transparency and, because banks are looking for a solution to tap into this market, we felt the time was right for Route Trading to enter into the market as an MSB remittance focused bank,” says Iqbal.

In the face of so many challenges and false starts, we asked Iqbal to share some advice for start-ups who are trying to create a new category in their discipline:

“When I had so much rejection, I would remember what my Grandfather said to me, ‘every donkey has its day. Today you are hitting him, but one day, the donkey will hit you back. I am hopeful that this donkey’s day will come too,” laughs Iqbal.