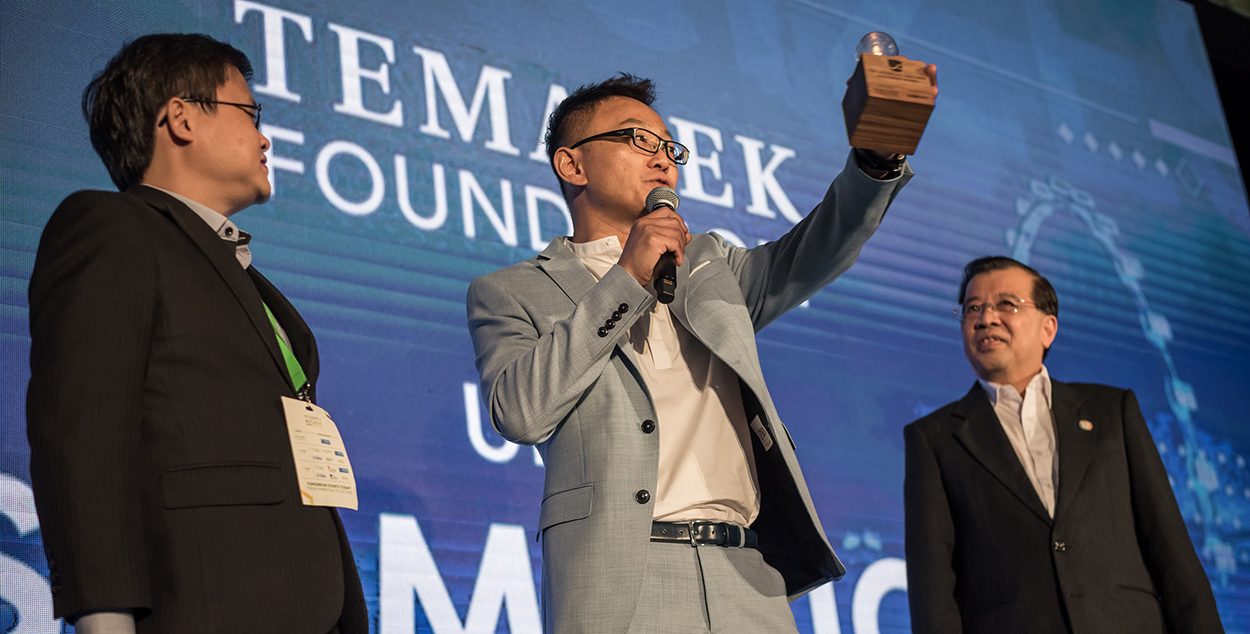 Sophie’s Kitchen, a California-based company, has emerged the grand prize winner of The Liveability Challenge (TLC) 2019 with its compact solution to produce a new alternative protein in urban environments.

Temasek Foundation awarded SGD 1 million to Sophie’s Kitchen to launch a pilot in Singapore and scale up its solution in Asia, beating more than 300 applicants from 51 countries.

Presented by Temasek Foundation and organised by Eco-Business and sister non-profit EB Impact in partnership with Ecosperity Week 2019, with the support of 35 partners from all over the world, The Liveability Challenge is a global platform that hunts for and accelerates the launch of ground-breaking solutions to urban challenges of the 21st Century.

This year, The Liveability Challenge focused on energy and circular economy solutions suited to densely packed urban centres such as Singapore.

Following a three-month global call for solutions, a field of six innovative projects were selected.

During the grand finale, Sophie’s Kitchen pitched to a panel of Asia’s most renowned investors at the Marina Bay Sands Expo and Convention Centre in the hopes of winning million dollar grant.

Sophie’s Kitchen CEO Eugene Wang says its proposal is a plant-based protein made with microalgae that is fermented using byproducts from food manufacturing. The protein can be harvested within just three days. Compared to beef, which requires 141 hectares of land to produce a ton of protein, Sophie’s Kitchen only requires 0.02 hectares. It also uses much less water, while producing a far smaller carbon footprint.

According to Wang, the protein can be used as a food ingredient in increasingly popular plant-based foods and in supplements, and the scaling of this solution is expected to have a far-reaching impact to improve nutrition around the world in both urban and rural environments.

“The Liveability Challenge is a wonderful opportunity for mission-driven entrepreneurs to showcase their technology and get connected to the world. Food is essential to every economy and we are glad to be the first and only team in the challenge to present an innovative solution for sustainable food production in the Grand Finale,” says Wang.

Temasek Foundation is a Singapore-based non-profit philanthropic organisation established in 2016 marshal ideas and innovations to address environmental, biological and other adversities that endanger people and the sustainability of our planet.

“Temasek Foundation is happy that Sophie’s Kitchen emerged as the winner of The Liveability Challenge 2019. They are proposing to produce plant-based alternative protein through fermentation of microalgae that can replace proteins from meat. Besides high value nutrition, they are able to lower and make the price point competitive, which can benefit many more people and their nutrition. We look forward to seeing them breakthrough in the commercial space soon,” says Mr Lim.

Other prizes that were presented to the finalists included:

A spot in GoMassive’s incubator programme and a fundraising campaign for up to SGD1 million was awarded to a collaborative proposal by US’ Biomass Energy Systems Inc, Germany’s Dewcon Instruments Inc, and Flexi Systems Singapore. They proposed a plug-and-play solution to remove water from air entering traditional air-conditioning systems that reduces energy consumption by more than 50%.

Circular Economy Club was awarded a mentorship opportunity with Chitonous to deploy its fungal-derived materials for 3D printing in the furniture industry.

An opportunity to run a fundraising campaign for SGD 500,000 on FundedHere was awarded to Revolv.io, which has a smart solution to recirculate reuseable cups at food & beverage outlets to reduce the use of disposal cups.

GoImpact awarded a mentorship opportunity to Neuto Pte Ltd for its device to improve the efficiency of diesel engines.

According to the Managing Editor of Eco-Business Jessica Cheam, the 2019 edition of The Liveability Challenge had grown significantly since its inaugural launch last year. Cheam says the growth in the number of submissions as well as partner organisations reflect a huge and growing interest in the region in finding and scaling sustainability solutions.

“Given the climate crisis we are facing, it is ever more crucial for us to effectively allocate capital to the solutions we need to rapidly achieve a low-carbon, sustainable, and liveable future. The Liveability Challenge plays a key role in helping game-changing solutions reach the market, and together with our partners, we will continue to grow the ecosystem in Asia dedicated to the region’s sustainable development,” says Cheam.