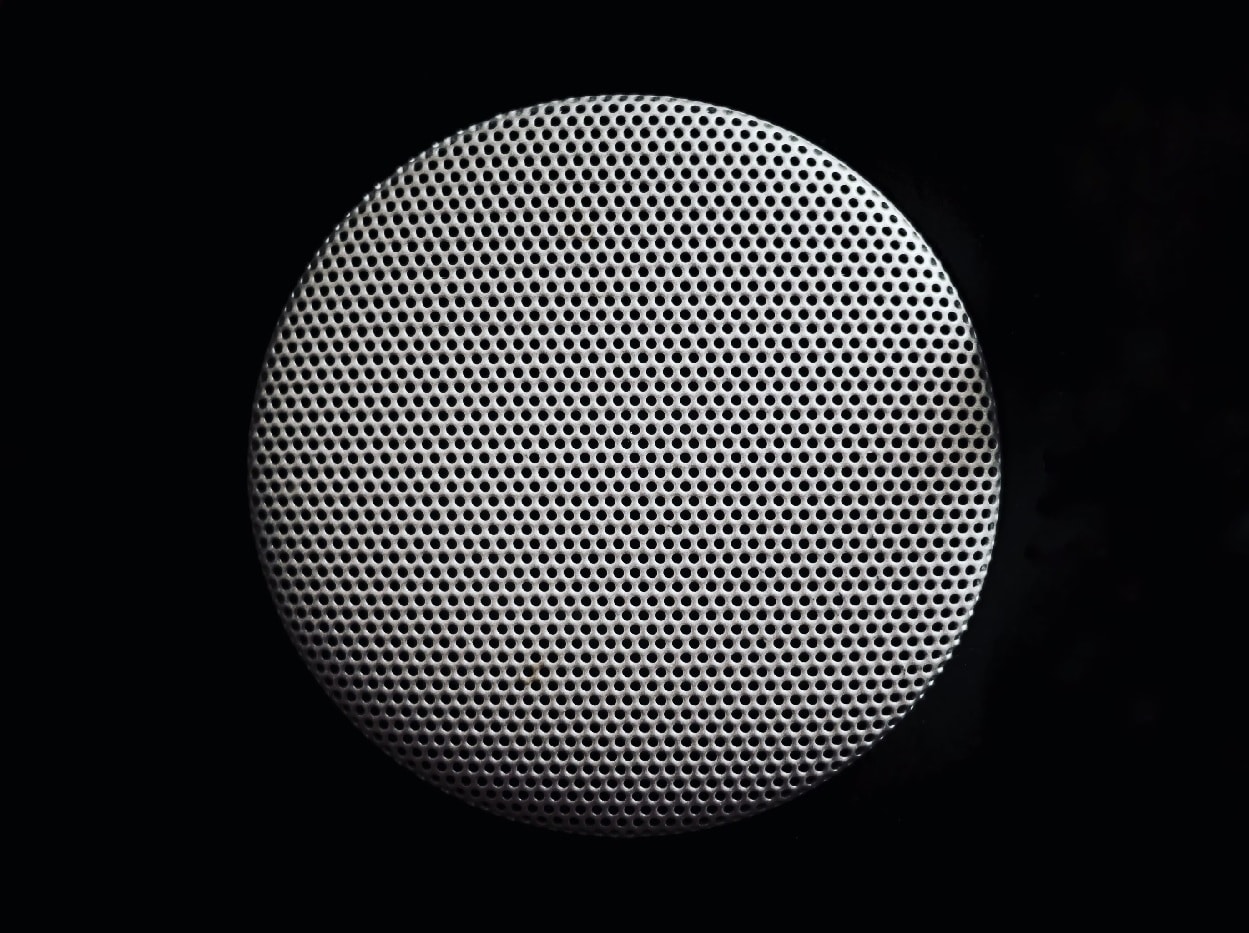 The Ignorati, those who talk publicly and loudly about things they are not experts on, pose a threat to social order and growth if not counteracted by the truth.

“Ignorance more frequently begets confidence than does knowledge.” That quote is from Charles Darwin’s book The Descent of Man. It highlights a cognitive bias best described by psychologists David Dunning and Justin Kruger who uncovered in one study “that incompetent individuals lack the [basic] skills that enable them to tell how poorly they are performing, and as a result, they come to hold inflated views of their performance and ability.” For the purpose of this article, the people described by the Dunning-Kruger effect will be put into a group and labeled as Ignorati. Ignorati borrows its root from the old Latin term Ignoramus, which is most commonly used in Law proceedings, and literally translates into “we do not know.” The Latin label itself, in its practical use, is perfectly respectable as one admitting to lacking knowledge is not a sign of ignorance or stupidity. It is actually a sign of self-awareness and knowing one’s limits. However, the defining trait of the Ignorati is the opposite to knowing one’s limit, as members of this group think they are experts in things they know very little about. Thus, a new label is perfectly warranted.

Who makes up the Ignorati group? All those who talk loudly, and very publicly, about things they are not experts on. Unfortunately, as a group or individually, the Ignorati are not particularly chastised and silenced by society in part because we all feel that we talk – even in our private lives – about things we know little about. We might be good at doing a wide range of activities, but we only achieve true knowledge in one or two areas in our lifetime. Even fewer among us are those who achieve true expert status, which according to author Malcolm Gladwell requires deliberately devoting at least 10,000 hours to practicing a particular skill. Why? Anthropologically, being an expert for most of our hunter-gatherer history did not serve much purpose. The hunter gatherer had to be a generalist and know as many things about his environment as possible: which fruits are poisonous, when certain plants grow, what animals to stay away from to survive. It was the modern, capitalist economy, that elevated specialization to a desirable status and said that as long as each of us sticks to doing what we know best, the entire society benefits.

Those who achieve expert status in their chosen field, and the subsequent success that brings, receive the praise and admiration of the wider society. In the pre-social media, pre-24 hours news recent past, fame and power were thought to bestow on their recipients a greater sense of responsibility towards the greater good and for the spoken word. As such, most of the experts would primarily comment on their direct area of expertise and refrain from speaking on topics they were not generally associated with. Thus, if you were a famous 1950s baseball player, you were not expected to have any views on how to bring the Cold War to an end.

That is no longer the case today, which brings us back to the Ignorati group and an updated application of the Dunning-Krueger cognitive bias – specifically the overestimation of one’s capabilities – to those people who are successful in one field and automatically believe themselves experts in everything else: movie stars and sports figures talking about epidemiology, television hosts creating unsupported social theories, businessmen offering opinions generously about how to solve all the world’s problems, except the ones they help create.

Most articles blame the social media for the power the Ignorati have in spreading their views, however inaccurate those might be. Just typing into Google “why social media is a threat to democracy” [by facilitating the spread of misinformation] over 78 million results are returned. There is some truth to that argument: the bigger the pulpit from which to deliver the message, the likelier it is one will be heard. Also, if half the things shared on Twitter and Facebook would be in long-form, the resulting quality of information, argument and conversation would be significantly different than what we have today – short snippets of unsupported viewpoints. However, just blaming the medium through which misinformation is spread is a simplistic viewpoint.

The more relevant question is why is such a large portion of the population willing to give so much power to the Ignorati? The initial explanation is steeped in tradition and dates back to the long reign of the non-meritocratic phase of history, where blood allegiances decided rank and success much more than ability ever did. Up until the 17th century, until the demands of a large empire required the British to promote their officers based on abilities, those in power were the result of crony and nepotistic systems. It was the law of the land, giving leaders legitimacy even when it was completely unmatched by their skills – as was the case with some of history’s most incompetent and inadequate rulers such as Louis XIV of France, Tzar Nicholas II of Russia, King John on England.

A second possible explanation is that the world’s current elite, elected or unelected, is comprised of supreme generalists – meaning people who have a basic understanding about many things but who are not true specialists in any or most of the topics on which they are called to give their opinion. One can take any current president, look into their background and see a mixture of skills rather a knack for a particular area of expertise. For example, Emmanuel Macron, majored in philosophy, got a master in Public Affairs, worked in finance and investment banking before he ran for office; he won’t be considered an expert in any of the areas he studied or worked in but he is a top decision-maker for many of the problems affecting the French nationals. In more democratic nations, being a generalist is not particularly harmful as the group of experts surrounding a leader can improve the quality of his decisions. However, in more autocratic environments, where trust and loyalty rank higher than knowledge, it is a safe to conclude that the people advising those in power have not obtained their position based on knowledge merits.

A third explanation is related to the ego of those Ignorati who achieve success in one or more fields. In his book “Why they do it – Inside the Mind of the White-Collar Criminal” Eugene Solts describes how Nitin Nohria, dean of Harvard Business School, gives new CEOs completing a leadership training program a list of 10 responsibilities (ranging from setting the firm’s strategy, smoothly working with the board or building the leadership team) to rank in the order of how prepared they are to execute each of them upon beginning their leadership role.

“Invariably, new CEOs rank ‘setting the right moral tone’ as one of the easiest aspects of management. ‘They all feel deeply secure in their own moral compass’ Nohria explained. ‘They have a sense that they are people of extraordinary moral character and that it is very unlikely that they are going to do anything in their organization to lead [it] astray.’”

This sense of moral superiority is believed to happen when individuals start growing in an organization and occupying more senior roles. In the process they tend to become more overconfident and trust their ability to deal with whatever challenges they encounter along the way. That coupled with surrounding themselves with people who have a similar worldview, or who rarely speak truth-to-power, creates a systematic projection of righteousness. If no one disputes them, how can they be wrong? And what should stop them from speaking on other topics they are not experts on with the same familiarity and confidence they speak about their knowledge areas, as long as there are people willing to listen?

When trying to understand why some people choose to speak about things they don’t fully understand, the truth lies somewhere between the mix of old traditions, modern communications tools and the egotistical nature of our race. And the issue is not that these people speak about things we do not agree with. As Yuval Noah Harrari explained in his book, “Sapiens”, our ability as human beings to hold contradictory thoughts (named cognitive dissonance) has been the basis for improved communication, and by default, the growth of our civilization. The core of the matter is the ability of people to speak responsibly, with full awareness of the impact and power of their words.

Most people who do not come from a challenging background seem to believe social order, respect for the spoken word and even economic growth are the natural order of things. Nothing seems to be farther from the truth. Most success stories are stories of gumption, hard work and a bit of good luck. With the advent of social media, where responsible free speech has all but become extinct, the loud voices and views of the Ignorati could ruin all those things we hold dear if not counteracted by the TRUTH.

Ed. Ioana Dumea is a former management consultant publishing on a variety of topics including Culture, Workplace Culture, Strategy & Operations.